Teenagers have short attention spans, but Snapchat’s latest feature could keep them tuned in. Today Snapchat is introducing a new set of filters called “Speed Modifiers” for videos you shoot on iOS or Android. They let you add slow motion, fast-forward, or rewind effects to your video. Just swipe sideways after shooting a video and you’ll eventually see them applied to your snap.

What you see above is actually two videos stitched together. First, a clip in fast-forward, and then in rewind. Normally the Snapchat videos only go forward or backward, not both like Instagram Boomerang.

Snapchat is also adding 3D Touch capability for the iPhone 6S and 6S+ today. You can strong tap on your Snapchat homescreen icon to quickly reach options for sending a snap or adding a new friend. The features come in an update for iOS and Android that should be out soon if you don’t see it yet. 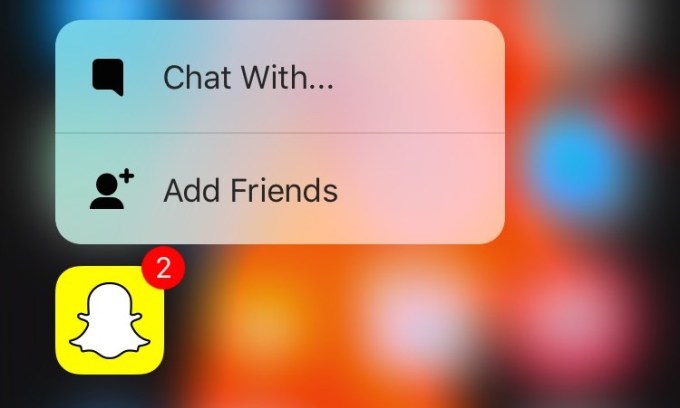 Speed Modifiers are only the latest of several features Snapchat is using to spice up the endless selfies and random moments people share. With a business model focused around ads, Snapchat has to keep people coming back to watch as much content as possible.

First there was adding text and drawings, light filters, and options to overlay the time, speed, or temperature. Then Snapchat introduced location-based geofilters that add stylized graphics depicting city names or nearby landmarks. It started letting businesses pay to offer sponsored geofilters near their business. And then it added an emoji button so you can resize and place as many emojis on a snap as you want. 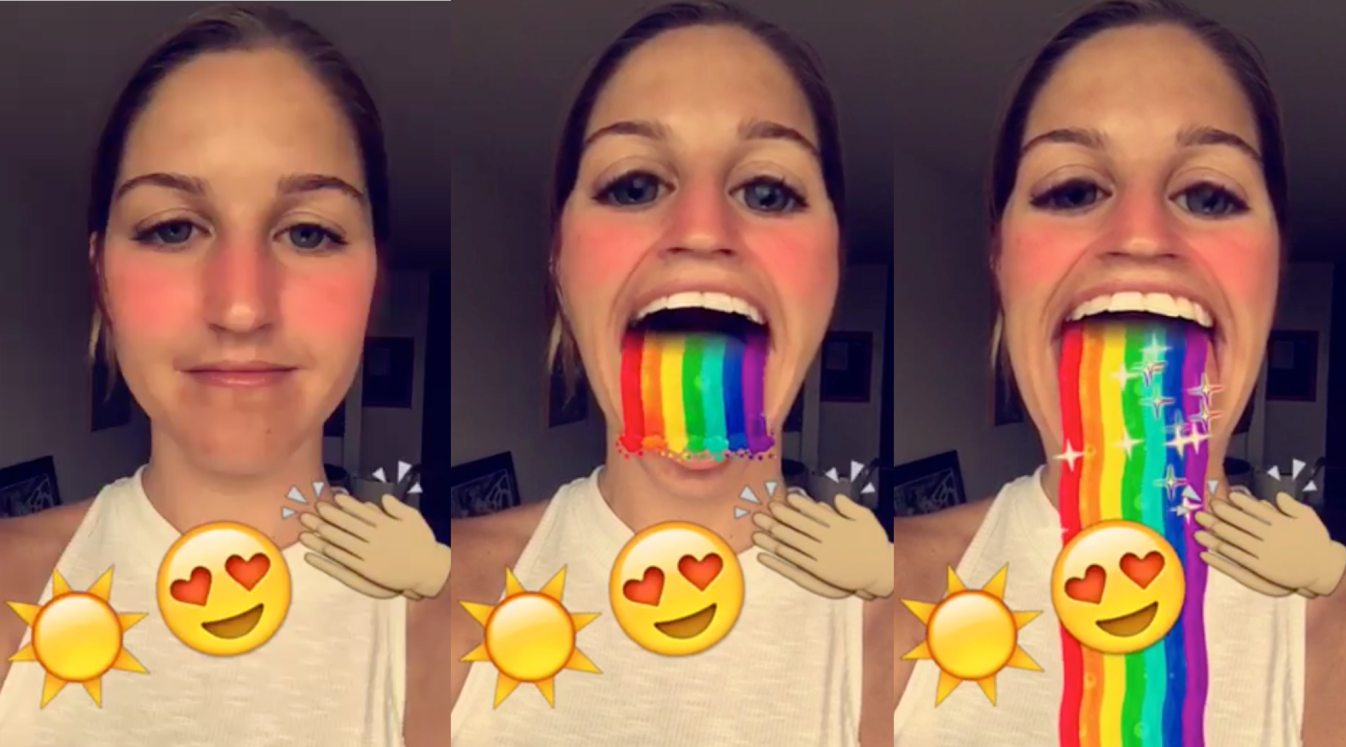 But last month, Snapchat stepped its game with the acquisition of Ukrainian startup Looksery that specialized in adding live animated effects to video. That powered the launch of Snapchat lenses, which let you apply animated selfie masks to your face to make you look like a robot, angel, fish, and more.

The new speed modifiers try something a little different. Rather than just laying something on top of your snap, they actually change the content itself. In that sense, they’re a bit like the slow-motion feature on some phones’ cameras, or the new Instagram Boomerang back-and-forth video app. 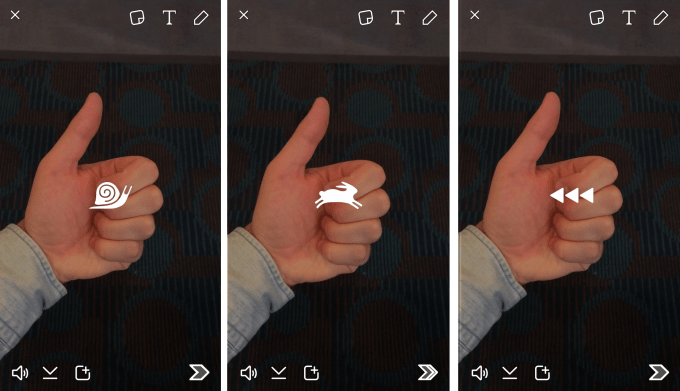 This opens up tons of creative opportunities. You can imagine people stringing together fast-forward, then rewind, then slow-mo clips to create a sort of highlight snap. The video filters will give normal people with just their phones the same special effect superpowers as a professional video editor. The better the content on Snapchat looks, the more they’ll come back to see the weird little moments from the lives of friends and celebrities.