After staying relatively quiet on the future of virtual reality, Apple has made its first foray into the space via a 360-degree U2 music video made available on the Vrse app.

The music video is part of a larger Apple Music partnership with U2 called “The Experience Bus,” which is basically an environment at concerts for U2 fans to come strap on Oculus headsets and pairs of Beats Solos to check out the “Song for Someone” music video and experience it alongside other fans.

The bus is clearly labeled as a partnership between U2 and Apple Music, and it appears that the inside of the bus is decked out with iPads and Macs advertising the music video and larger experience.

The music video itself incorporates 360 footage of a jam session from the band onstage as well as scenes from other musicians all across the world playing instruments in their apartments and homes. It’s a pretty classic, if not above-average, VR experience, but is made far more interesting by the Apple Music branding featured at the beginning of the video.

There’s no coincidence in who Apple chose to begin their experiments in virtual reality with. This effort only continues Apple’s decade-long love affair with Bono and company.

U2 has been a major part of Apple music initiatives ever since their silhouettes graced some of the first iPod commercials. Later their signatures were physically etched onto the back of a pair of models of their own U2 special edition iPods with stylized red and black designs.

Apple has continued to be a major supporter of Bono’s (RED) charity, which has raised nearly $320 million with the help of corporate partners like Apple to help treat and prevent the spread of AIDS.

Less popular was U2’s release of their album “Songs of Innocence,” a free album that’s release was announced onstage by Tim Cook and the band last September. The album was welcomed by U2 fans, but managed to piss off many of the 26 million people who downloaded the album, many of which unknowingly had the album automatically loaded into their libraries thanks to certain iCloud settings being enabled. In the ensuing fiasco Apple actually released a tool dedicated to removing the “Songs of Innocence” album from user music libraries.

@U2 What an amazing experience the virtual reality bus is. Thanks U2 pic.twitter.com/o6E6jE2AMF

This VR music video is actually for a song from that very album, so this could have been something that Apple and U2 have been talking about producing for a while. U2 has clearly been a partner that Apple feels comfortable launching new initiatives with so it wouldn’t be surprising to see Apple Music continue helping produce VR content with other select artists in the future.

It’s unclear how much more Apple is looking to get into the VR game. It was rumored a few months ago that Apple might be working on an augmented reality headset following their acquisition of AR startup Metaio earlier this summer, though to me this suggests that they are more likely looking towards AR technologies for the rumored Apple car.

There have also been the flock of rumor-inducing patents, like this one from February revealing an iPhone-powered headset/ Gear VR competitor. 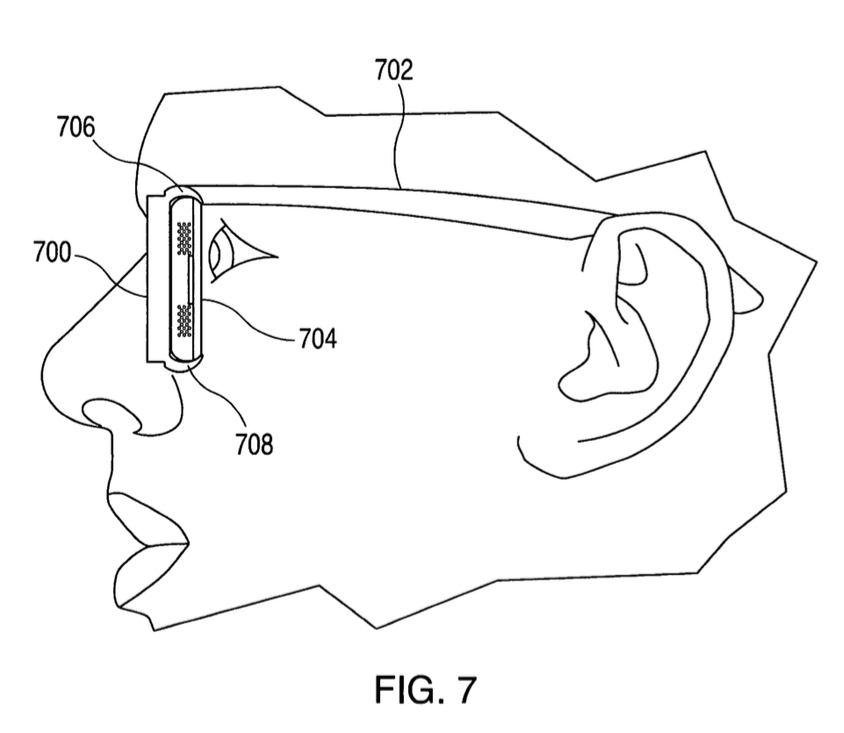 There aren’t currently too many quality ways to actually view VR content on the iPhone. Google Cardboard is currently the only “immersive” avenue and most of the physical cases that one would use are pretty damn shitty, though some better options may be on the way.

You don’t have to have a headset to watch the music video though. There’s an option that allows users to watch the video full screen and move the device around to change perspectives. 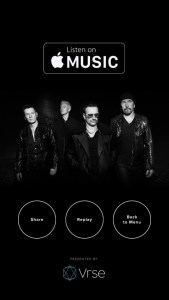 The app that Apple is using for this specific experience is called Vrse and is available for download on the App Store, the Google Play Store, the Gear VR Store and through the Google Cardboard app. The app primarily is focused on creating viewing experiences for third-party content partners, which previously has included The New York Times, Vice News, NBC and others.

It’s interesting that Apple chose to develop this experience in an external app, but it may have been the best way to test whether this was something die-hard fans wanted to see from their favorite bands, before the company worked towards building/testing VR functionality into the Apple Music app itself.

One thing is for sure, even if this is the one of the last special project rollouts with U2, this is only the beginning of Apple dabbling with VR.