Yahoo and the NFL this morning said that over 15 million people tuned into the first-ever global live stream of a regular season NFL game, hosted by Yahoo on Sunday, which featured a match-up Buffalo Bills and Jacksonville Jaguars. The event was fairly historic in nature, as it served as an initial step in the NFL’s plans to offer more of its games available via streaming services in the future.

According to Yahoo, over 15.2 million unique viewers tuned in to the watch the game, which was streamed live from London’s Wembley Stadium. The company said it saw 33.6 million streams, accounting for over 460 million total minutes. Those numbers indicate that some viewers were reloading their streams on occasion, or perhaps leaving the stream and then later returning to watch more.

Viewers on Twitter reported mixed experiences with the stream’s quality. For some, the stream performed well. A number of users called the stream “solid,””smooth,” and “high quality.” Others weren’t as lucky, saying it was a disaster or even, “the worst.” Some also experienced freezing and blurring, though one report noted that many of the problems were resolved after the first 20 minutes.

Yahoo, however, says that its rebuffering ratio was nearly 1 percent, while delivering over 8.5 petabytes to end users – a figure that suggests those having technical problems were in the minority. Streams reached HD levels with maximum bitrates over 6.74 megabits per second and 60 frames per second, the NFL said. 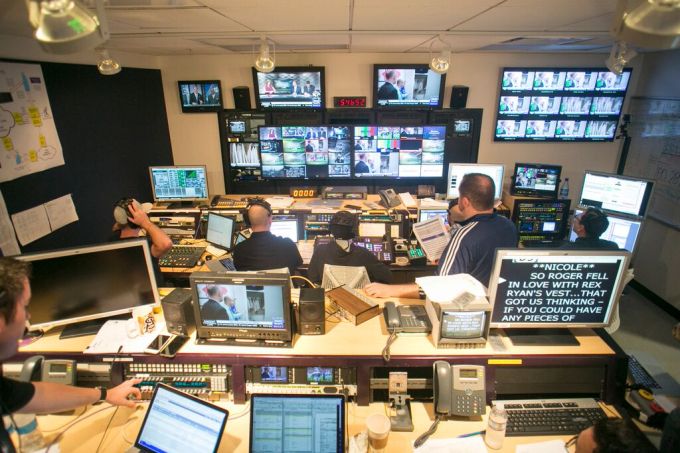 Yahoo reportedly paid the NFL as much as $20 million for the rights to the stream, which was available across a number of devices and platforms, including connected TVs, smartphones and tablets, and was available on Yahoo properties, including Tumblr.

While both Yahoo and the NFL are touting the stream as a success, with 15.2 million watching, the live stream saw fewer viewers than your usual Sunday football game. Typically, around 20 million tune in to watch when the game is aired in the afternoon on CBS or Fox, while NBC’s Sunday Night Football often averages at least 20 million viewers and can see as high as nearly 25 million, reports The WSJ, citing Nielsen data.

That being said, the game in question was more low-profile than some other match-ups due to its 9:30 AM ET start time, among other reasons. That means it wouldn’t haven’t have seen great ratings had it only been aired in the U.S. Instead, the NFL was able to pull in more viewers by allowing people in 185 countries to stream it online.

“We are incredibly excited by the fact that we took a game that would have been viewed by a relatively limited television audience in the United States and by distributing it digitally were able to attract a global audience of over 15 million viewers,” said Hans Schroeder, Senior Vice President, Media Strategy, Business Development & Sales for the NFL, in a statement.

The NFL noted, too, that the 15.2 million number will grow by about 1 million after counting the TV audiences from over-the-air stations in Buffalo and Jacksonville, the London/U.K. TV audience, and digital numbers from China.

Yahoo had over 30 brands sign up as advertisers for the game, and sold out of inventory after dropping its price from $200,000 to less than $100,000 according to an earlier report from Reuters. The advertisers were guaranteed 3.5 million streams in the U.S., buyers said. Several top brands participated, including Microsoft, Cadillac, Chrysler, Lincoln, Papa John’s, Amex, T-Mobile, Subway, and others, with Dairy Queen sponsoring the pre-game show and Toyota sponsoring the halftime show.

Yahoo apparently met its audience guarantee as the NFL says that 33 percent of streams were from international users. The company hasn’t yet reported whether or not the game was profitable, however.

The NFL hasn’t been the most forward-thinking organization at times – for example, it recently went after sports publications for simply tweeting GIFs of games (resulting in accounts being suspended). However, the organization has made some efforts at embracing new media in other ways, as well as streaming technology. Earlier this year, the NFL teamed with Snapchat to offer weekly “live story” videos, and it rolled out a new Game Pass service offering viewers on connected devices the ability to stream regular season, preseason and older games on-demand.

As for the NFL and Yahoo test, the sports organization touts it as a success and promises that it will do this sort of thing again. On the NFL.com site, an announcement detailing the stream’s metrics concludes: “All these numbers boil down to one simple fact: Get ready for more streaming NFL games.”

Update: ESPN is now reporting that the Yahoo stream saw an average minute audience of 2.36 million, and 1.64 million in the U.S. This is lower than the typical Monday Night Football game as well. For instance, last week’s Giants-Eagles MNF audience attracted 13.9 million viewers, said ESPN. The 15.2 million figure instead refers to the total number of uniques who watched some or all of the game’s stream.