The Ad Council and a cohort of tech companies shed some light today on an eye emoji that has been perplexing Apple watchers since the release of iOS 9.1. 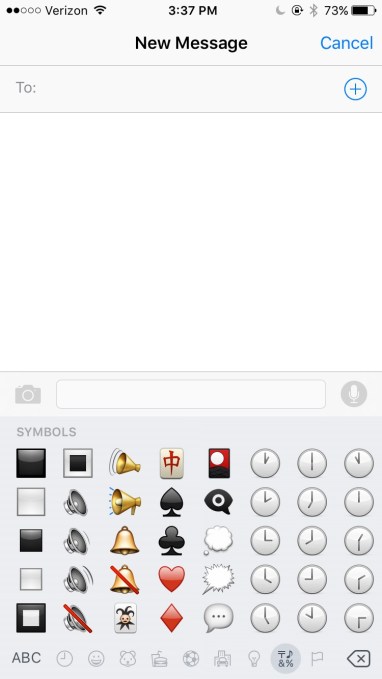 d in conjunction with National Bullying Prevention Month. The emoji is also available in the “I Am A Witness” keyboard in the Android store, and it encourages children and teens to intervene when they witness bullying online.

If you’ve installed iOS 9.1, you can find the emoji in the Symbols keyboard near the analog clocks and text bubbles.

According to the Ad Council, 90 percent of 12- to 17-year-olds have seen bullying happen on social media and ignored it. More than a third said they have done this frequently. The Ad Council along with Adobe, Apple, Facebook, Google, YouTube, Johnson & Johnson and Twitter will encourage teens to take a stand when they see someone being bullied.

“All teens are impacted by bullying and they often feel helpless when they witness it. Emojis have become a second language for teens, and they provide a relevant and easy way to get involved,” said Lisa Sherman, president and CEO of the Ad Council, in a news release.

The campaign goes beyond just an emoji. You may have also noticed the eye logo in Snapchat filters or the iHeartMedia Discover tab. Kik has made stickers to go with the campaign, and Pandora will blast ads for the campaign targeting young adults. A group of YouTube stars will also make videos  promoting the campaign.

Though technology has improved our lives in so many ways, bullying has only intensified with the rise of social media. It’s promising to see the platforms where bullying happens the most step up and encourage kids and teens to do more. Companies like Apple, Facebook, Twitter and Snapchat will only benefit from providing users with experiences where they feel safe. With this campaign, they’re starting to do their part.