Libratone has made some stylish wireless speakers over the last few years, including a TechCrunch favorite, the Libratone Zipp. Today, the company unveiled an update to its flagship speaker as well as a smaller version of the Zipp. More importantly, the company is introducing new multi-room features to compete directly with Sonos, Bose and others.

Let’s start with the bigger model. The Libratone Zipp features a brand new, rounder design with the same swappable cloth material. It has the same 360-degree structure to make the speaker sounds good from any side. With 100 watts of sound power, this speaker is more powerful than its previous iteration.

The more compact Zipp Mini features the exact same design, but in a smaller body. It’s also a bit less powerful with 60 watts. As a comparison, the original Zipp also promised 60 watts.

Other than that, the two devices share the same features, starting with 8 to 10 hours of battery life, Bluetooth 4.1 aptX and Wi-Fi. On the software side, if Bluetooth isn’t your thing, you can stream music using Spotify Connect as well as AirPlay. The speaker now natively supports up to 5 Internet radio stations controlled directly from the speaker.

In other words, these speakers are packed with wireless streaming options. It’s unclear whether they will support Chromecast Audio in a future software update, but it seems like the speakers have all the hardware features needed to support Chromecast-enabled apps.

And then, there is the new multi-room focus with SoundSpaces. This is a new thing for Libratone, and I’m glad to see that they thought about a flexible setup. You can very easily group your speakers together in the Libratone app, which is great if you want to play the same thing in multiple rooms or not — you don’t have to make a final decision when you set up your speakers.

To link to speakers together, you just drag one on top of the other in the app. You can also just press the SoundSpaces button on the two speakers to pair them. You don’t need any bridge, they will communicate over your Wi-Fi network.

The new speakers are cheaper than the previous version. The Libratone Zipp costs $299 while the Zipp Mini costs $249. I have used the previous Zipp, and it both sounded and looked great. The wireless features made it one of the most versatile speakers I’ve ever owned.

Libratone’s approach is different from Sonos as you don’t have to use a separate app to pick your music. While the Sonos app is better than it used to be, I’d rather use the Spotify app to play my Spotify content. 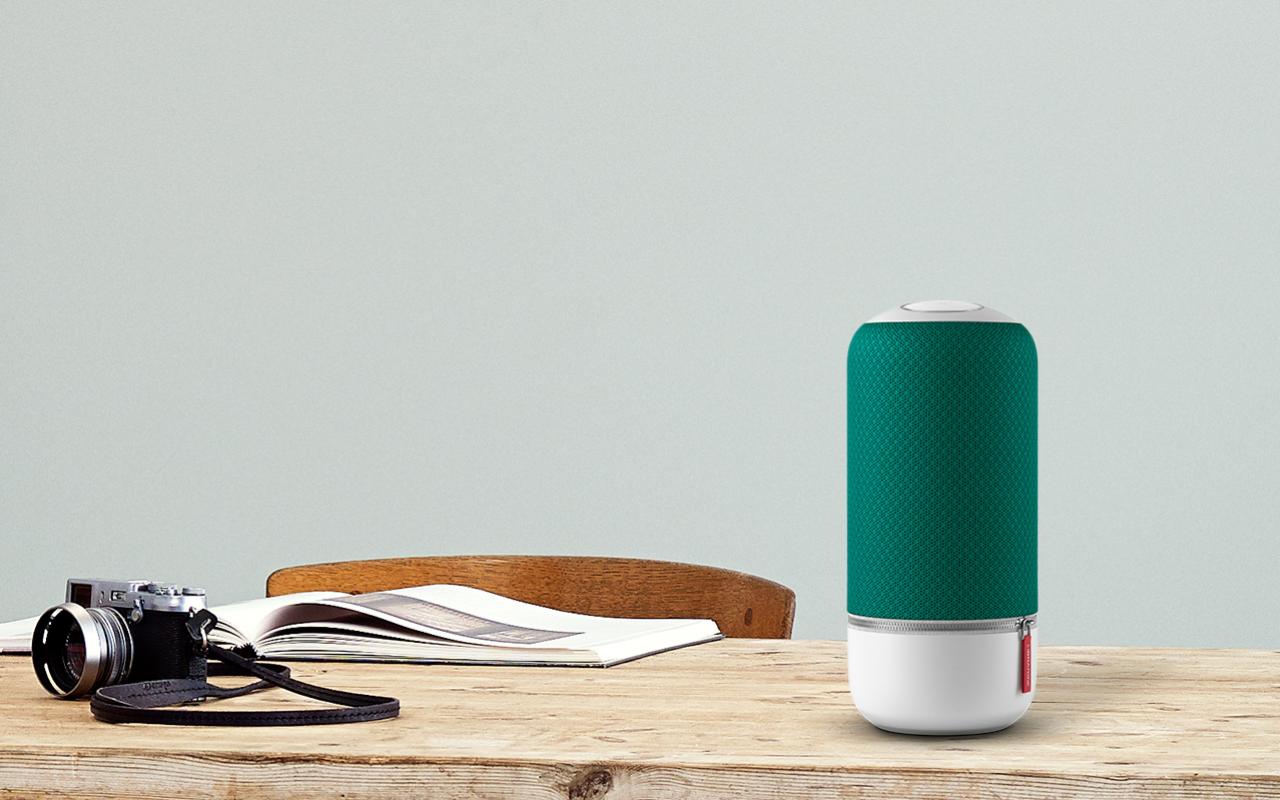