Google’s services are not available in China, but that isn’t stopping it from making a significant investment in a company based on Chinese soil. The U.S. search giant is backing Mobvoi, a three-year-old company specializing in mobile voice technology.

The duo already have business ties. Mobvoi is the company that Google picked to bring Android Wear, its operating system for wearables, to China, so this deal takes things up to the next level.

The size of the investment, which is a Series C round for Mobvoi, has not been disclosed, but Mobvoi co-founder Yuanyuan Li confirmed that Google has become a minority shareholder. The deal, she said, takes the company to $75 million in investment to date.

Update: Mobvoi has clarified to TechCrunch that it raised previously unannounced funding rounds so the amount invested by Google is lower than the $60-65 million that we originally reported. The company declined to disclose the value of those unannounced rounds or Google’s investment when we asked directly.

Beyond the Android Wear deal, the two companies have plenty in common. Beijing-based Mobvoi was started by ex-Googlers — CEO Zhifei Li and CTO Mike Lei are both former research scientists with Google U.S. — and Li said the company’s DNA is heavily influenced by the tech giant.

“We used the Google model from day one,” she told TechCrunch in an interview. “We wanted to have same culture and team values. The co-operation [on bringing Android Wear to China] went really well… and [Google] showed interest and decided to make an investment.”

On the business and product side, Mobvoi is very Googley, too.

The company is probably best known for Chumenwenwen, a mobile voice search service very much in the style of Siri or Google Now. The service is akin to a virtual butler, allowing users to perform a range of tasks — including search, checking weather, buying items, and more — just using their voice. Li said the company has struck deals with over 100 content partners to give users access to various services via Chumenwenwen.

Mobvoi used its natural language technology to build out its own smartwatch software, too. Ticwear is a ROM that pairs with Android Wear to make the Google-run operating system — which is kneecapped in China thanks to the government’s blockage of Google services — work in mainland China.

Beyond developing smartwatch software, which works on selected watches like the Moto 360, Mobvoi went a step further and developed its own hardware: the Ticwatch. Li said the company has sold 30,000 units of the smartwatch, which is priced between $160-$190 in China, but it remains focused on software development.

“Our goal isn’t to be a watch manufacturer, [but] we’re happy to see early adopters buying our product,” she said. 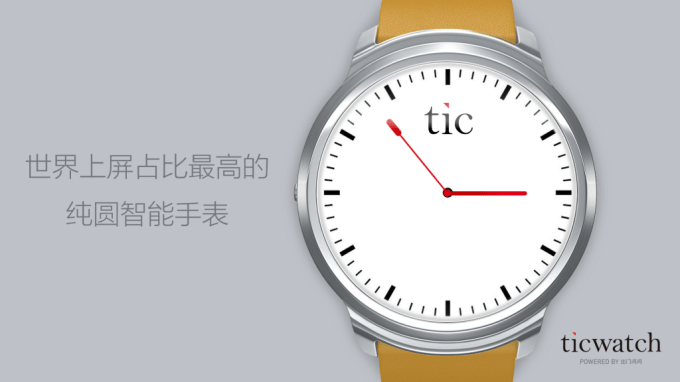 Mobvoi said it will use its new financing to hire talent from across the world and continue refine its software services — Ticwear is updated every two weeks, much like Xiaomi’s approach to its MIUI Android software — while it is plans to dip its toes into robotics and it is also working on its own in-car software. That latter product is, again, much like a Chinafied version of Apple’s CarPlay or Android Auto from Google.

Given the many business/tech similarities between both companies and reports that the U.S. firm is looking to open up its services in China — and in particular the Google Play Store — is today’s investment a sign that Google has found the company in China to rebuild its business there?

Perhaps there’s even the possibility of a full Google buyout in the future?

Not so, according to Li.

“We value this partnership a lot, and respect Google as an investor, [but it is] still a minority investor and we will focus on what we believe in and in our products,” she told TechCrunch. “We’re not changing what we’ve planned, but there are definitely more opportunities [that will open up].”

Google, for its part, said it has “nothing to announce at this time” when we asked about potential plans to expand the scope of its partnership with Mobvoi and reopen the Google Play Store in China.

The company may be coy on its China plans, but today’s news is undoubted evidence that those plans do exist in some form. Google Inc and its Google Capital VC arm have made investments in China in the past — including a $5 million stake in music and video site Xuneli way back in 2007 — but this deal with Mobvoi is certainly its most strategic to date, and it sets off thoughts about what the search giant has up its sleeve.

Note: This post has been updated to correct the name of the Mobvoi spokesperson. Apologies for any confusion.