Google’s new CEO Sundar Pichai introduced us to a new line of Nexus phones last month. Even though the company seems to be pushing the 5X heavily with television commercials and consumer-friendly speak, it might not be the Android that you’re looking for.

What I do know is that this is the counterpart to Apple’s iPhone 6S, if you will. It’s around the same screen size, so that’s why it’s getting that comparison. While that form factor and size is popular, the 5X doesn’t seem to cash in on the promise of a “top tier” device. It’s plastic. And feels like it. It’s light. But too light. It starts at $379 and is available on the Google Play Store.

The Nexus 5X sports a 5.2 inch, FHD (1920 x 1080) LCD at 423 ppi screen. It has rock-solid Gorilla Glass 3 and that “fingerprint and smudge-resistant oleophobic coating” that I want to be a real thing. In my testing so far, of both devices, shows that there’s plenty of fingerprints and smudges. So we’ll have to have a chat with Google about that. The rear camera is the same 12.3 mexapixel one with 1.55 μm pixels and f/2.0 aperture that the 6P has. It shoots gorgeous 4K video. Google did the right thing by having LG and Huawai on the same page for cameras. It’s a real powerhouse. The front-facing camera is an OK 5 megapixels. Not horrible, but if you’re a selfie-machine, look elsewhere. 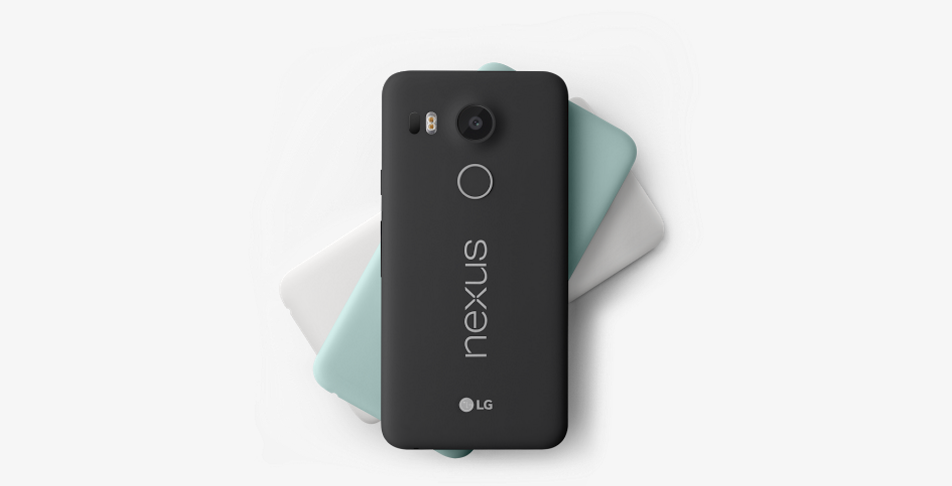 The Qualcomm Snapdragon 808 processor along with the 2 GB of RAM keeps the phone running quickly, helped by Android’s Marshmallow operating system. It’s available in 16 or 32GB for storage, but not 64 or 128 like the 6P is. So yeah, the 16GB model would be the closest to the iPhone 6S base model. At 136 grams, it’s light. It also comes in black, white and blue….or “Carbon, Quartz, Ice.”

The sound that comes out of the single speaker in the front is nothing to write home about, but gets the job done. The 2700 mAh battery gave me about almost a full-day use…but not quite. Luckily, Google has adopted the USB Type-C system, so you can go from basically no battery to 20% in minutes. It’s quite impressive.

The look and feel

I picked up the 5X at last month’s event and thought “Wow, this is really light.” Before I got to spend real time with both the 5X and 6P, I thought that this was going to be the device that drags me away from the iPhone 6. Not the case.

The more time I held it in my hand, the cheaper it felt. I’ve tried out a boatload of devices and being light is a good thing…but feeling like cheap plastic totally turns me off. Google and LG calls it “premium injection molded polycarbonate,” but that’s not changing my mind.

I haven’t carried it enough to actually drop it, but I do feel like it’s going to fly out of my hand. The phone looks great, but everyone that I’ve asked to pick it up says the same damn thing. “It just doesn’t feel like a great phone.” That sucks, because Google wants this to be the phone that takes you away from iOS, Windows, Blackberry or whatever else phone you have.

For what it’s worth, I put a Speck case designed specifically for the 5X on it and while that gave it a bit more heft and grip, it wasn’t much.

Other than it being ridonculously light, the screen just isn’t as bright as the 6P. Sure, for obvious reasons. It also doesn’t stand up to what I’ve become accustomed to on the iPhone 6. Speaking of the iPhone, it’s fingerprint sensor is embedded in the home button. I thought that was cool until I saw the new Nexus phones. Google decided to put the fingerprint sensor on the back, right under the camera. Once you hold it, it makes complete sense…because that’s how you take your phone out of your pocket and hold it. 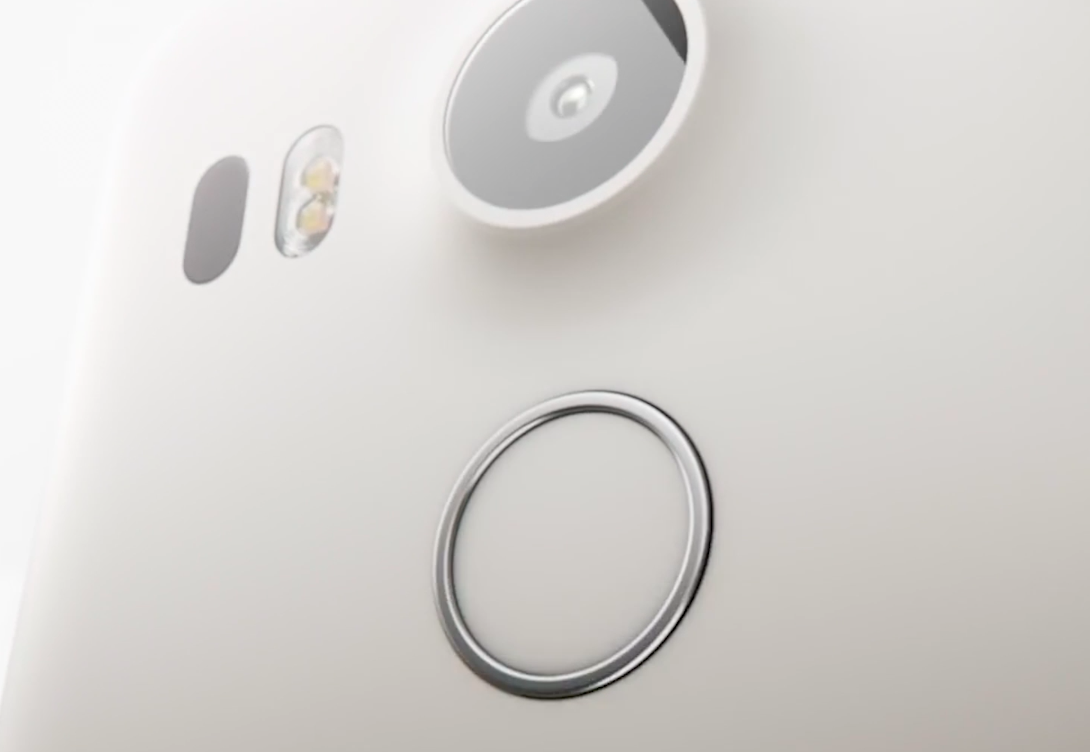 Genius design. Plus, the unlock process is so fast, I barely ever see the lock screen. It’s unlocked by the time I grab it in whatever pocket I have it in. Super awesome touch.

Ohhhhh, the camera. It was clearly a point of focus for Google this year. Its Google Photos product is as good as it gets for managing photos, so it’s great that their flagship devices sport incredible cameras.

Photos rock even at super zoom: 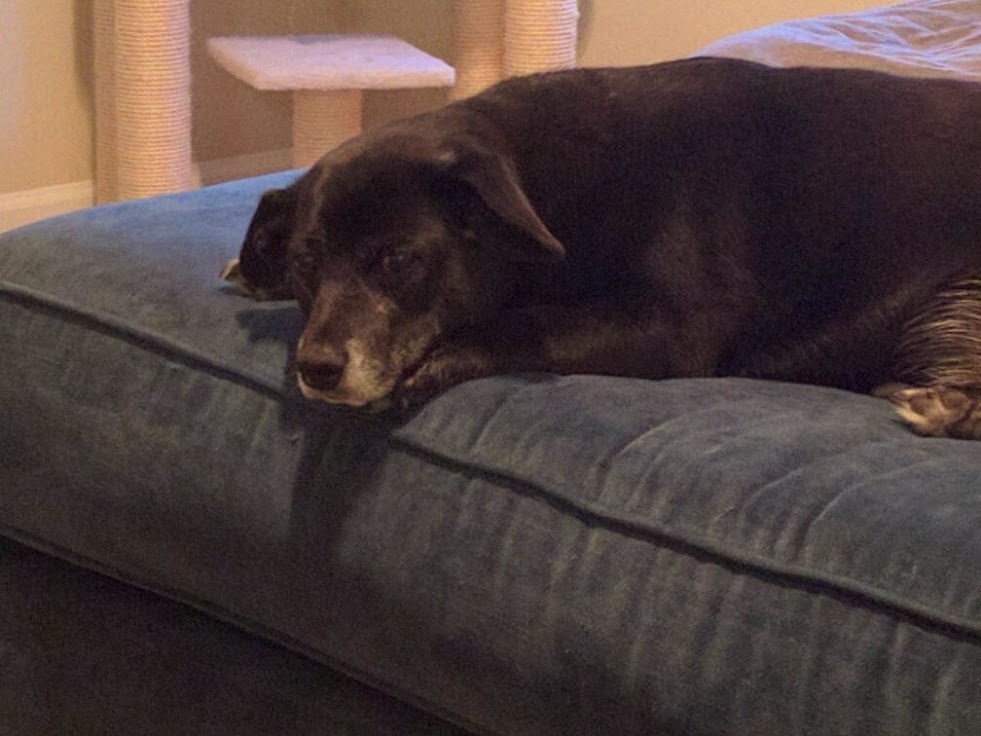 I carry around a DSLR sometimes, and have never thought of my iPhone 6 as a suitable replacement for it. The Nexus camera at over 12 megapixels? Crisp, clear pictures that rival those of my DSLR. The front-facing camera isn’t going to make selfie-takers happy. The 5 megapixels seems like a not-so-smart skimp to keep the cost down. If you’re going to make the rear camera standard between the two manufacturers, why not the front one?

Marshmallow was built to run on these devices and vice versa. The great part about picking up a Nexus device is that you’re always going to have the latest and greatest version of Android. That alone might make you want to pick up this phone. 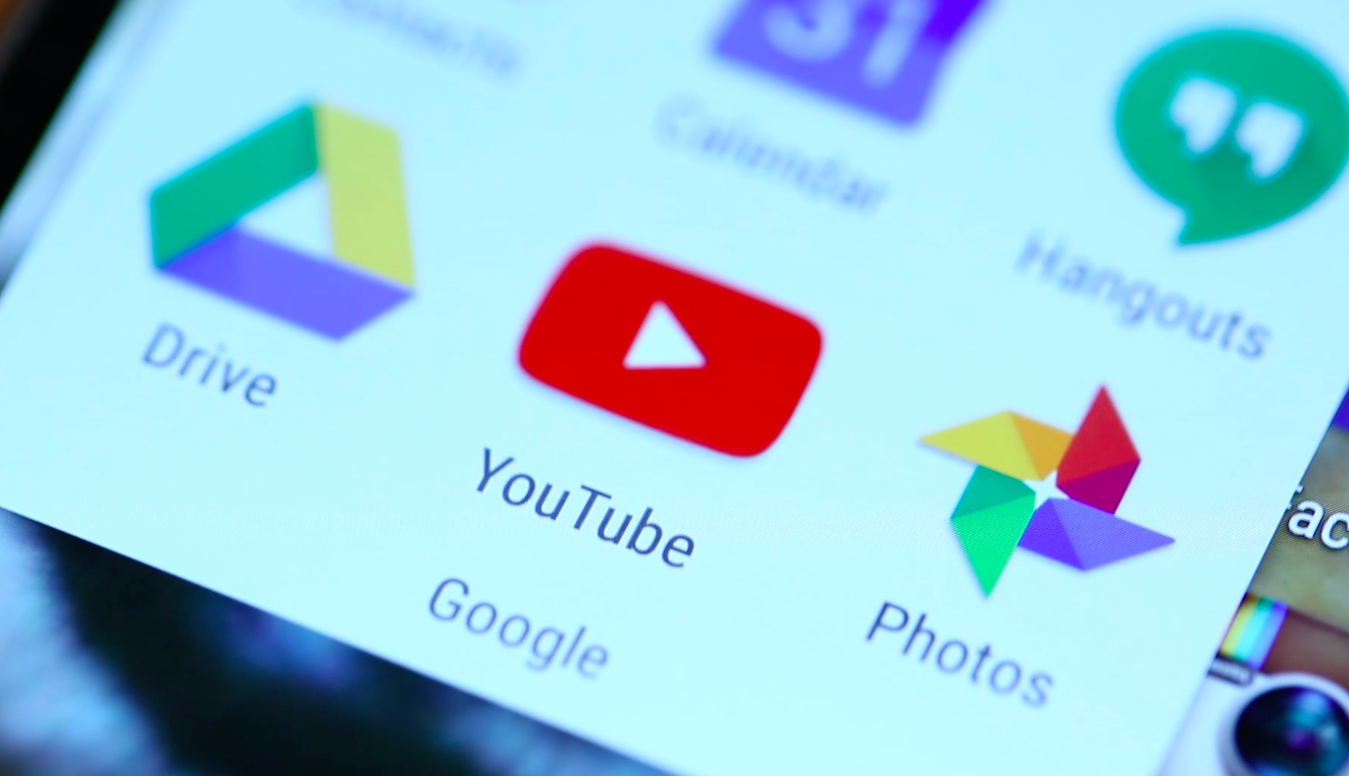 All of Google’s stuff comes pre-installed, which is fine because if you’re buying this device, you want a “Google Phone.” That’s what this is. After you fire this badboy up, you’ll have to update all of the Google apps, which takes a while. It’s usable out of the box of course, but not advised. Just let it all update.

When you want to perform a search, you can pretty much do it from every screen on the phone. Whether it’s by shouting out “OK, Google” or using the browser, the Nexus 5X gets you to information-finding mode fast.

The newest feature that takes advantage of everything Google has to offer is “Google Now On Tap.” The premise is simple. If you’re talking to your friend on Facebook Messenger or Google Hangouts, and you mention that you’d like to grab a drink, you can hold the home button for a few seconds and get information that’s in the context of what you’re talking about.

For the example of grabbing a drink, Google will bring back bars that are close to you or suggested drinks based on your liking. I tend to get those because I look up the recipes of drinks a lot. 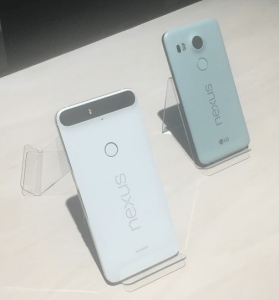 I’m not going to say that the Nexus 5X is a bad phone, because it’s not. If you’re set on having its screen size and are dead-set against going bigger with the 6P, I’d suggest going after the latest Samsung Edge phone. Of course, you’ll be paying a few hundred extra bucks and losing the flexibility of having an unlocked phone like the 5X.

If money matters, which hey…for devices that are upgraded every year, it should be, the 5X is perfectly serviceable. The previous LG Nexus, the 5, was a much better jump for the Nexus line than this one is.

It just doesn’t do it for me and I’m gravitating towards the larger 6P, which I’ve also reviewed. Now mind you, we only got about four days to spend with the phones so far, so if anything changes we’ll be sure to let you know. Maybe one of these will pull me away from my iPhone 6. The 5X? Unlikely for me, it’s just too “light” for me.

If you buy this phone, definitely get Google’s new “Nexus Protect,” their version of Apple Care. It’ll run you $69. You’re probably going to break it if you take it out of your pocket more than 10 times a day. It reminds me of the HTC “Facebook phone” which I completely wrecked after less than a week. Now that phone was flimsy.

I really really hope that Google starts building its own phones moving forward. While I’m sure that there’s a cost saving and convenience (among other things) that comes with working with a company like LG, the simple fact that the review for these devices are so different tells you something. You could easily cover up or take off the hardware manufacturer name on the back of the 5X and 6P and someone on the street would be able to tell that it made by two different companies. That’s a real problem and it’s time to own this flagship line, Google. The 5X definitely suffered a bit due to the current strategy.