Today Amazon’s AWS business kicked off its big Re:Invent conference with some stats that speak to how the company’s enterprise division continues to dominate the cloud-based data services space. Andy Jassy, the SVP of AWS, today said that AWS has passed over 1 million active customers — those being businesses, not individuals. AWS revenues are booming, too: Overall, AWS is now a $7.3 billion business, he said, with the database business alone currently on a $1 billion revenue run rate.

The company says that AWS has grown 81 percent year on year — “by far the fastest growing provider” among other companies offering cloud-based storage, processing and other database services, Jassy said. Other growth stats include AWS’s EC2 business growing 95 percent, S3 up 120 percent and database services up 127 percent. 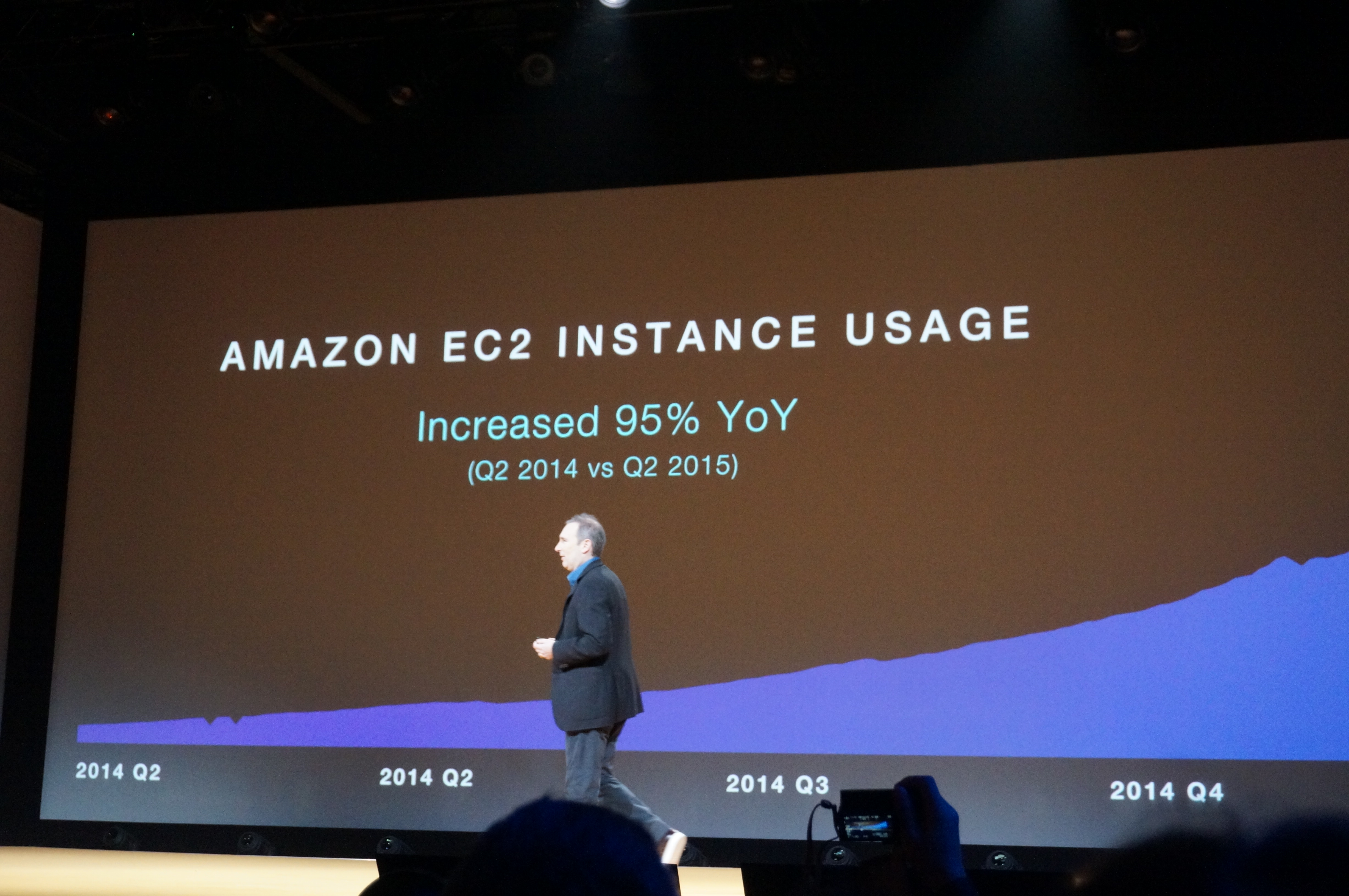 One of those other rival cloud services companies, however, was quick to point out that it is still bigger than AWS.

.@TechCrunch @ingridlunden As of 2Q, IBM reported a $8.7b cloud business for the trailing 12 months @IBMcloud

As a point of reference to underscore AWS’s growth, in Q2 the company reported AWS revenues of $1.8 billion and $391 million in profit. 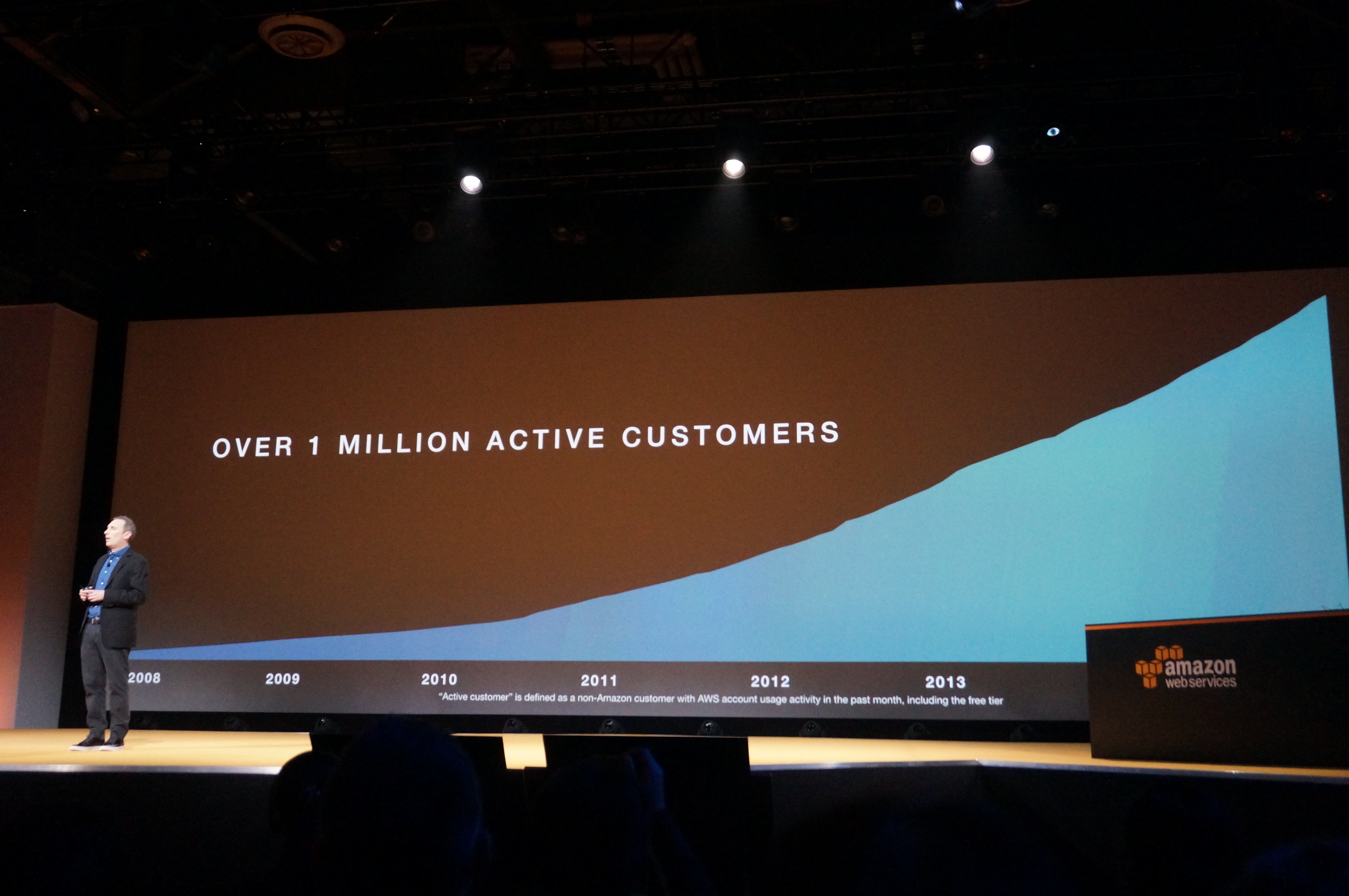 AWS has made a lot of waves among companies big and small by taking the same approach to data services that it has for its wider e-commerce business: tackling the market with cut-price offerings to build out its business based around economies of scale. And this is how the company is continuing to develop the service.

Jassy also noted that today there are some 800 software vendors that integrate with AWS across some 25 categories.