Adobe continues to expand its support for East Asian languages in its services. Earlier this year, the company partnered with Google to launch a new open-source font for Chinese, Japanese and Korean (CJK) languages. In addition, Adobe extended its Typekit font service to support these fonts.

Today, at its MAX conference, Adobe announced additional support for Japanese fonts. The company has partnered with Morisawa, one of Japan’s premier type foundries, to bring 20 high-quality Japanese fonts to Typekit and Creative Cloud users.

As Adobe’s general manager for Type and Typekit Matthew J. Rechs told me, this is the first time Adobe has licensed CJK fonts. He also noted that it has traditionally been difficult to find Morisawa’s fonts outside of Japan.

The twenty fonts now included in Typekit include the Ryumin font. Adobe’s design team tells me this is “the most well-known fonts under the Ming font family, having been chosen by users as the most-used and the most-preferred font in Morisawa‘s annual research.” 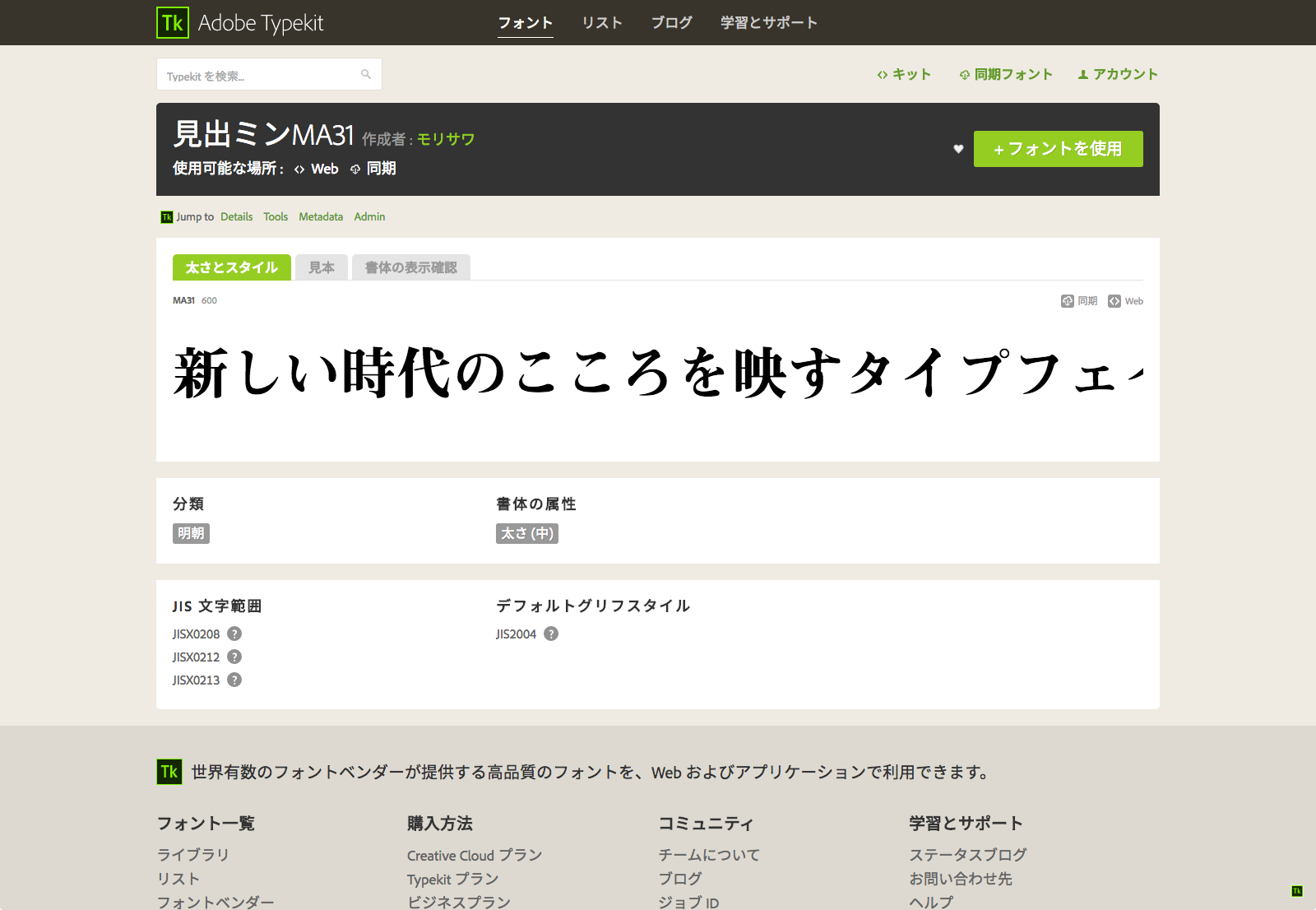 “Part of making fonts easy to use is making them easy to use for all users around the world,” Rechs explained.

Because CJK fonts are extremely different from fonts with Latin characters, the team had to first adapt Typekit to work with these fonts. By default, they need to support a huge number of characters, after all. Adobe’s own Source Han Sans font features 31,000 characters for Simplified Chinese, for example. For desktop users, that’s not typically an issue, but on the web, using a CJK web font means the font’s file size quickly becomes very large (and that’s at least partly why you often see text rendered as images on many Asian sites).

To make working with CJK web fonts easier, Adobe developed a technique that looks at what characters are actually used on a site and then only downloads — and caches — the glyphs that are needed for displaying this particular site.

Over the course of the summer, Adobe also adapted its Typekit user interface to support Japanese and actually split the interface between its ‘Default’ fonts and ‘Japanese’ fonts (which come with their own classifications similar to the serif, sans serif, or script classifications you are probably familiar with from Latin fonts).

The Morisawa fonts are now available in Typekit, which itself is part of most Creative Cloud subscriptions (with the exception of the Photography plan). Typekit also still offers its own standalone subscription service, but as Rechs tells me, “a tiny fraction of our customers are buying Typekit directly.” 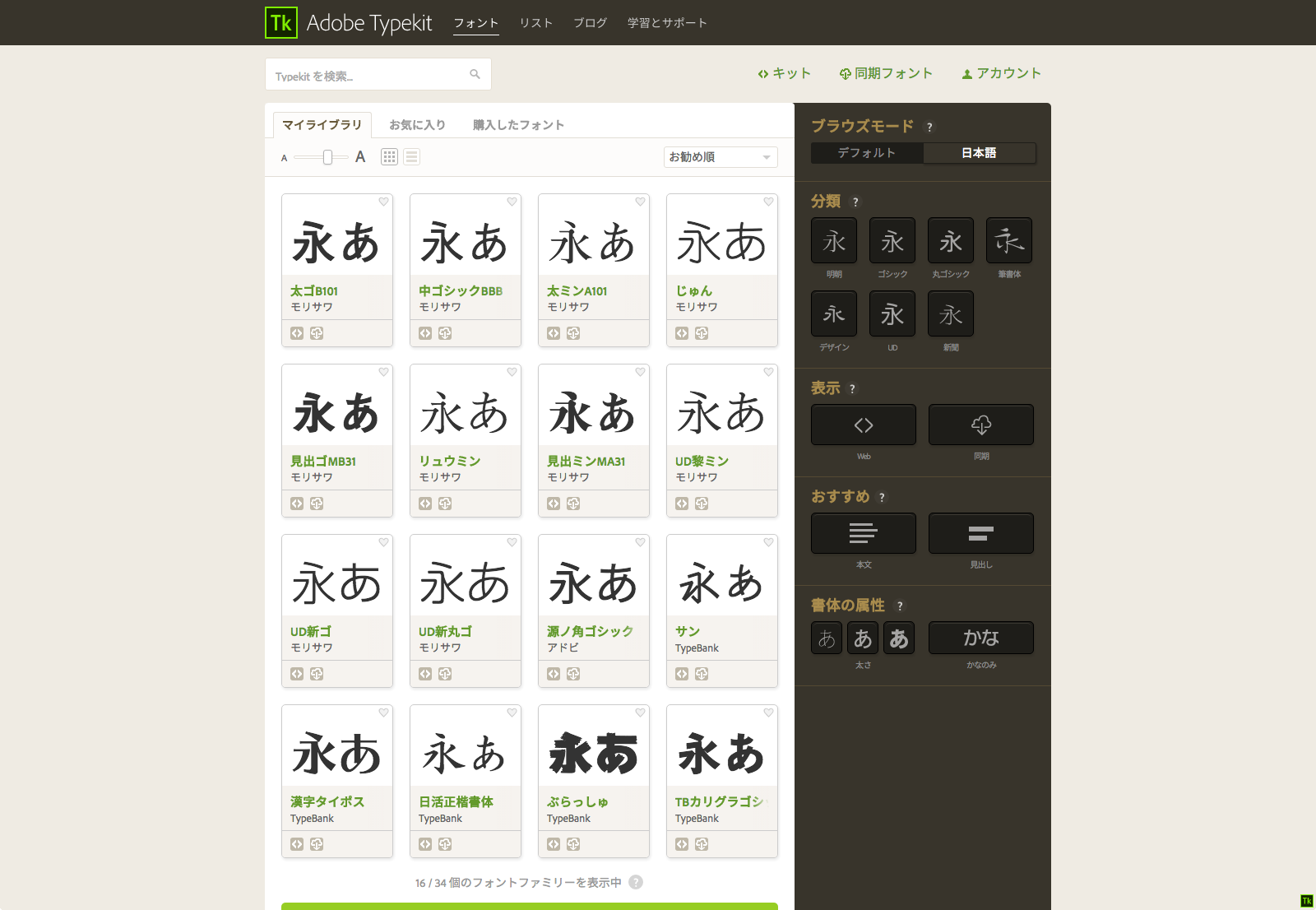