Every platform and device needs a “killer app.” For Google’s brand new Chromecast and Chromecast Audio, that killer app might just be music streaming app Spotify.

Today, at Google’s big event, along with new Chromecast and Chromecast audio hardware and software, Spotify announced its adoption of the platform, allowing you to cast music to your TV or speakers that have been “dumb” before Chromecast Audio came along. Until now, you could kick it to Spotify jams through Sonos or any other Bluetooth-enabled speaker. As we know, those setups aren’t optimal, so this might be the purest use of Spotify outside of your headphones yet.

I spoke to Spotify’s Chief Product Officer, Gustav Söderström, about the integration and why it’s an important step for Spotify and its users: 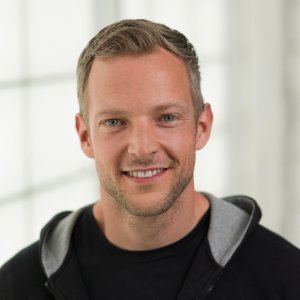 TC: How long have you been working with Google and the Chromecast team?

GS: It’s been quite a while. We have constant conversations with Google. They are stakeholders, doing Chromecast and Android. It’s (casting to Chromecast) our most requested feature in our forums. It’s taken a bit of collaboration. I’m proud that we can launch the full connected experience.

TC: What was the experience you were hoping to nail with Chromecast?

GS: We’ve been working on TV experiences for some time. The PlayStation one we did was more focused on gaming moments, unlike the having-a-party moment. For Chromecast, the main benefit for us might be fairly straightforward. 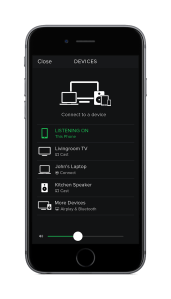 Most people have the best speakers connected to their TV. Being able to fully utilize those great speakers is the key to the new experience. We want it to be as seamless as possible. The device pops up at home and music starts playing out of your TV, or any of your other speakers, and you can turn your phone off if you want to, because it’s the Chromecast or Chromecast Audio device streaming it.

TC: How important is it for people to be able to hear music outside of wearing headphones and not on a crappy computer or TV speaker?

GS: It’s very important. It’s not only a gut feeling or a conviction we have, it’s very visible in the data. What we see when people start using speakers in the home, engagement goes up. With lower friction, that will go up even more. That goes for the car as well. It’s strategically important for us to get people out of their headphones. If you think back for a while, everyone wants to get new stuff into your home. Music is the most mainstream reason to have Internet at home. It’s such a mainstream interest, way more than connecting your thermostat. If you look back, everyone had or still has a CD sound system. When the MP3 came along and replaced the CD it got very complicated to get the music back into your living room. Most people haven’t had music in their living room since the CD. Now it’s as simple as a CD, but has 30M songs. Music got simple again.

What will be really interesting for this tie-up is if Spotify starts tinkering around with visual and social experiences around music. Yes, it’s nice to share playlists or collaborate on them with your friends, but wouldn’t it be cool if Spotify casted a little room onto your TV, much like Plug.dj, and let you jam out? It could happen; Söderström sounded pretty excited at the prospect of working with these new developing devices.