Google first announced Android 6.0 Marshmallow at its I/O developer conference earlier this year. At the time, the new version of Android was still codenamed Android M. As part of its launch event for the new Nexus phones today, the company also announced when it plans to start rolling out Marshmallow to phones. The updated mobile operating system is now scheduled to roll out to the first batch of phones starting next week.

As expected, Google’s own Nexus phones, tablets and the Nexus Player will be the first to receive the Android 6.0 update.

The new version of Android won’t look like a huge update on the surface, but the company has made a number of interesting tweaks to its mobile operating system that should make using Android phones quite a bit easier.

Android Marshmallow sports a new permissions system, for example, that will now ask users for permissions when they actually use the app instead of at install time, when they don’t even really know what the app does.

Also new is a smart battery-saving mode (Google now calls it the ‘Doze’ mode) that will put the device into deep sleep when it’s left on a table for a long time, for example. This should extend your phones’ and tablets’ standby times significantly. Google says the Nexus 5 and 6 will see a 30 percent increase. 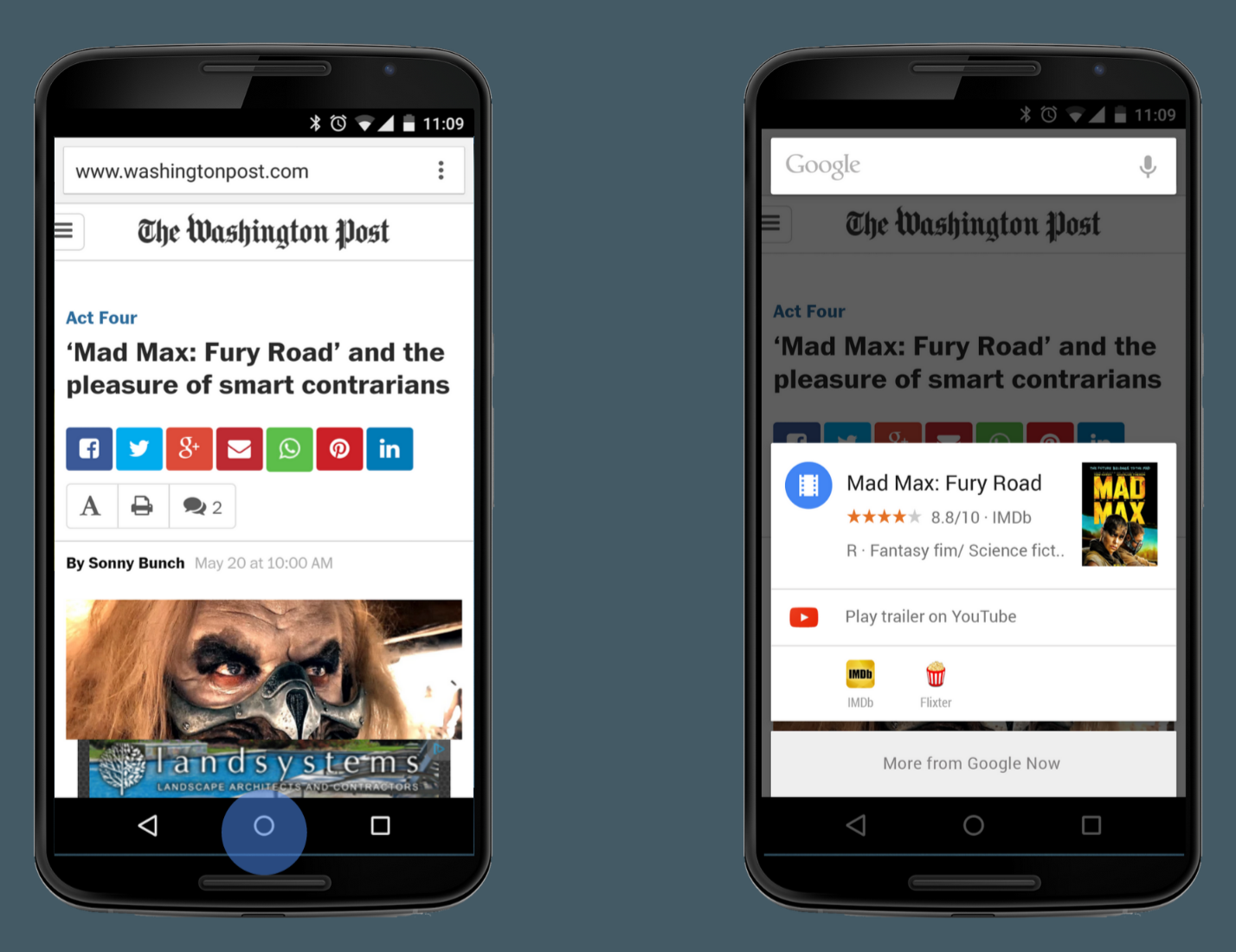 Google Now on Tap is another marquee feature of Android 6.0. Using this feature, you can now pull up relevant contextual info from virtually any app that runs on your phone.

Say you’re watching a music video on YouTube. Just tap and hold the home button and Now on Tap will pop up with additional information about the artist.

Other new features include built-in fingerprint scanner support, a new app drawer and numerous small changes to the way the phone handles memory and storage.

As Google stressed today, the company tried to focus on fit and finish with this update.