Amazing design isn’t just for us humans. What about the cats who want a toy to play with like the new pretty iPhone? Nobody is really trying to make a cat’s playtime as enjoyable as possible.

WHERE IS THE CAT TOY DISRUPTION?

Well, it’s here. Since I’m the resident cat reporter at TechCrunch, I’ve found the new hotness. The “Obi” bills itself as a “smart laser toy for cats.” I can hear the meows of joy already. The Kickstarter for Obi has already raised $17,220, but is aiming to nab $120,000 total over the next 28 days. With all of us cat people out there, I think it will with ease.

What sets the Obi apart from regular laser toys? Glad you asked. Watch this video and I’ll catch you after the jump:

Like any cutting-edge cat toy, you’ll need an iPhone or iPad to control the device. It’s sexy enough to put on a table or fireplace, so don’t worry about hiding it from guests. The Obi app lets you do manual lasering like we’re used to, or can do a pre-programmed light show of sorts. The manual mode is quite magical, since it turns your device into a track pad, and the laser follows your every movement.

Jokes aside, the group working on Obi, Studio Neat, cares about design and performance, sharing in-depth details about their production plans and also talking about them on a podcast. 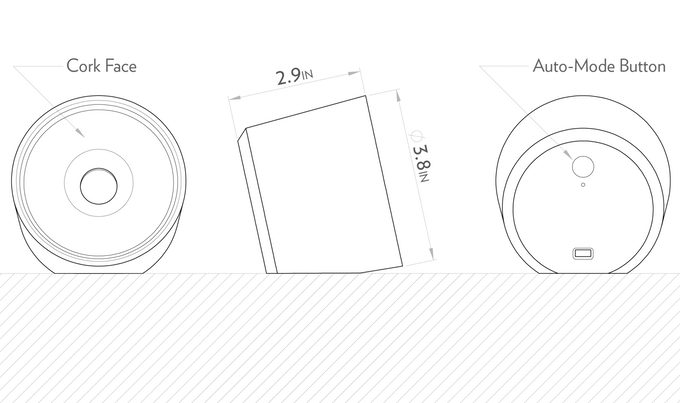 I chatted with Tom Gerhardt of Studio Neat about the Obi project:

TC: What made you want to make this?
TG: A couple reasons: My co-founder Dan got a cat about a year ago and quickly realized he needed a way to keep him (Mr. Littlejeans) entertained throughout the day. So, he bought all the automated cat toys out there and tried them out. Some worked ok, some were just plain bad, and all were kinda ugly, or at least weren’t objects you’d want laying around your house all the time. So, we started exploring if we could make something that would really fulfill a need.

In terms of the podcast, we’re making it because we think there’s an important story to tell about the change that’s happened in the past few years with indie hardware becoming more accessible. We’ve told that story many times through past Kickstarter campaigns, but we’ve always wanted to provide a deeper look inside. The podcast we’re producing along with Obi will chronicle the entire process. We predict it will be a rollercoaster of wins, nervousness, and problems. We’re going to really pull back the curtain. 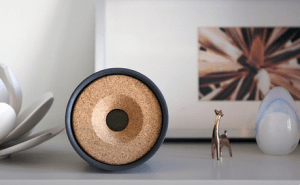 TC: Do you think that lasers annoy cats or do they like it?
TG: Hard to know exactly. If only we could voyage into the mind of a cat. One thing is for certain: they must be chased at all costs. Even if it is a love-hate relationship, I’m sure a little laser dot friend beats being home alone all day.

TC: Are you planning on doing any other pet toys? Say…for dogs?
TG: We are! After looking into the world of pet products we see lots of opportunities. Weirdly the pet toy/accessory market seems to have been ignored by thoughtful design and we think we can make a mark. When you think about it, our pets are such an important part of our lives, it seems crazy that they don’t have awesome stuff too.
———-

The team notes that you might not want to use Obi while playing with your dogs, since they tend to get ridiculously obsessed with laser toys. It’s fine for the kitties, though.