Uber is testing a new kind of carpooling service after it announced UberCommute, a service that will be piloted first in China. The news comes weeks after UberChina closed a $1.2 billion funding round.

The U.S. ride-sharing firm already allows carpooling with its ride on-demand service. That’s Uber Pool (known as Uber+ in China), an offering that allows two or more Uber passengers who are headed to the same destination to share a ride and thus save money on their trip. UberCommute is different, however, as it is designed for carpooling only.

Here’s how Uber describes its latest offering, which is initially operating in Chinese city Chengdu — a place Uber said is its “number one city in the world”:

Drivers sign into the app and tell Uber where they are going. We then show them requests from riders who are traveling in the same direction as well as the payment they will receive for the trip. The driver can then decide whether to accept the request or not. For riders, it’s Uber as usual. They simply select People’s Uber+ (our Chinese UberPOOL service), input their destination and then our systems match them with a driver going the same way.

On the passenger side things are the same as regular Uber, but the service is a subtle way to get more drivers on to Uber’s platform. Rather than signing up to become a regular ‘working’ driver, UberCommute incentivizes drivers to just save/share the cost of their daily trip to work, or a long drive across state/country — nothing more. That, in turn, increases supply and provides more vehicles to cater to Uber’s passenger base.

That’s smart because it means people who have no intention of spending their working life as an Uber driver can still make their car, and time, available on the Uber platform. 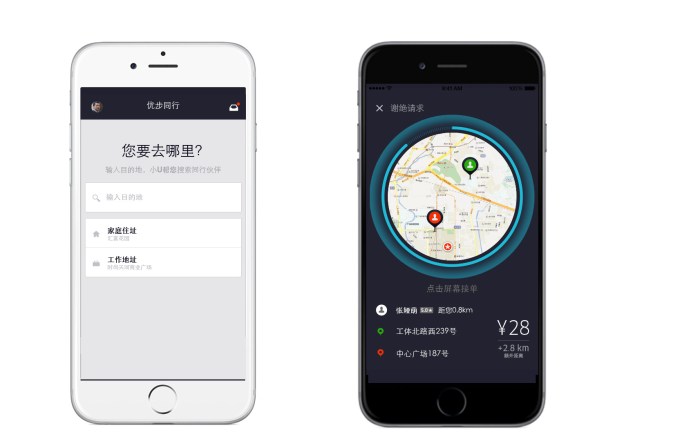 This concept of a purer form of carpooling isn’t new. French company BlaBlaCar, a new addition to the billion dollar ‘unicorn’ club thanks to a recent $160 million funding round, pioneered ride sharing over longer distances/commutes. BlaBlaCar operates in 17 countries, mainly across Europe. It isn’t present in China right now but it did expand to India earlier this year. In the U.S., Zimride — the company that spawned Uber-rival Lyft — closed down its long-distance ride-sharing service in January, although Rocket Internet-backed Tripda, another long distance carpooling specialist from Europe, is available after expanding to the U.S. in late 2014.

It isn’t clear how these services are performing as standalone businesses, but Uber’s carpooling offering seems better placed since it ties into its core ride-sharing services. That means carpoolers (drivers) have access to a good number of passengers to help share their costs. Services with fewer users would make it more challenging to find passengers going to the same destination.

Uber isn’t saying too much about its wider plans for UberCommute just yet, although it seems optimistic about the prospect of global expansions.

“Over time we hope to adapt UberCommute for other cities around the world so that more people can carpool, helping reduce costs for everyone while also cutting congestion,” it said in a statement.

This isn’t the first time that Uber has piloted a new service in Asia first. The company has been testing logistics service ‘Uber Cargo’ in Hong Kong since January of this year. On a similar note, Uber upped its carpooling game in Asia this week when it launched UberPool in India.