Ava, a health tracking bracelet for women collects hormonal and other data in an effort to predict a woman’s period and the days of the month she is most likely to get pregnant.

The bracelet works by monitoring slight hormonal changes in a woman’s body that are normally unable for women to see or feel. Ava said it collects over 3 million data points relating to these changes every night and then determines where a woman is in her cycle to predict her most fertile days. It collects this data from 10 different sensors – although it is not clear what those sensors are. The startup would like to reveal that information at a later time.

Each of the four founders of this Swiss company, Pascal Koenig, Peter Stein and Lea Von Bidder, were attracted to the project for various reasons but all of them felt there was a better way to monitor and predict fertility than logging it on an app.

Technology – old and new – has tried to get a corner on fertility tracking and calendar-based contraceptive methods – including the historically recognized Rythm Method, which requires women to monitor their own cycle through the month to determine certain baby-making days. But it’s no guarantee to prevent or create babies.

Ava attempts to add some science to this age-old quandary with a wearable device. It’s not alone in this pursuit. Tempdrop monitors body temperature to determine the right basal body heat needed for baby-making time. Duofertility is another fertility monitor available overseas (website says coming soon to the U.S.) 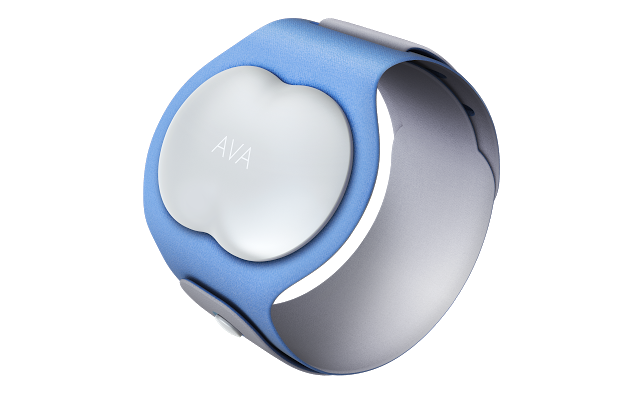 Another thing that should be considered is that Ava is up against sharing wrist room with other health tracking devices. It sits, ideally, on the part of the wrist where a Fitbit or Misfit Shine could go. Co-founder Pascal Koenig compares the bracelet to a Fitbit, but for women’s health.

There’s also the lifetime value issue with wearables in general. Raise of hands for the number of people reading this with a Nike Running, Fitbit or other device currently collecting dust in a drawer somewhere. More than a third of device wearers report they no longer wore it after six months.

That is not a worry to Koenig who told TechCrunch he’s heard from several women that they continue to wear the Ava bracelet because of the way it feels and the data it gives them. “Even after they are pregnant,” Koenig said.

The Ava bracelet launches in early 2016 and will retail for $249 USD plus a $5 monthly subscription to the app for up to one year. The startup tells me it is also very close to closing a seed round of funding for $2.3 million USD.