Portea Medical, a startup that provides in-home healthcare in India, has raised a $37.5 million Series B led by returning investor Accel. The round’s other participants include International Finance Corporation (IFC), a member of the World Bank Group, Qualcomm Ventures, and Ventureast.

Portea claims to be the biggest in-home care provider in India, with clinicians in 24 cities who make 60,000 in-home visits every month. It currently serves 50,000 patients, about 40 percent of whom are actively using its services at any given time. The company’s last fundraising was in December 2013, when it got a $9 million Series A from Accel, Qualcomm Ventures, and Ventureast. Its new capital will be used to expand into South/Southeast Asian markets and boost its employee count from 3,000 to 8,000 over the next 18 months.

Like Honor in the U.S., Portea sends health providers to residences. The startup’s verticals include routine checkups, oncology, maternity care, and palliative care, but its core consumers are the elderly.

Average life expectancy in India has increased dramatically over the past 50 years thanks to better medical care and nutrition. While people are living longer, India faces a major shortage of resources for geriatric care and the treatment of chronic diseases.

“There is no concept of established elder care homes in India as yet,” says Portea’s co-founder and chief executive Meena Ganesh. “The public health system is dysfunctional and ‘personal pay’ is the dominant mode. Despite having the best doctors, care outside private tertiary care is pretty much non-existent.” 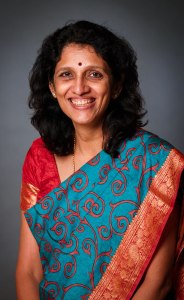 Traditionally, families care for their elders, but that dynamic is changing quickly as the birthrate decreases and younger people move away from their hometowns. Since putting aging parents in institutions is still stigmatized, many households hire attendants. Ganesh says that families often rely on services that are unregulated or employed carers with no formal medical training.

Other companies have stepped into the breach including Healthcare at Home India, India Home Healthcare, and Nightingale’s. How Portea wants to set itself apart from other in-home care providers is by working with hospitals, pharmaceutical companies, and insurance providers so patients can continue their treatment regimens at home.

Furthermore, Portea has built its own tech platform, including mobile apps, to help its providers adhere to standard operating procedures, access diagnostic tools, share information, and keep records for each patient. Ganesh says Portea’s geo-fencing network divides each of its cities into separate segments to help manage and coordinate clinician visits and it uses an algorithm to match patients and providers. The startup is currently developing predictive analytics to help anticipate health issues in individual patients. Portea’s customers can access records and book appointments through its consumer app.

“Home healthcare in India is a massive and strategic initiative for the country and addresses a huge gap,” says Ganesh. “There are huge opportunities, the potential to create millions of jobs is vast, and finally, it could be a major contributor to better health to Indians.”