Drones will deliver your pizza in the future. That was one of the tastiest takeaways from TechCrunch writer Frederic Lardinois‘ interview with Helen Greiner, the founder of drone maker CyPhy Works, at TechCrunch Disrupt San Francisco today.

Ok, drones delivering pizza, or any other kind of goods, isn’t necessary a new concept — Amazon is among the many testing autonomous delivery vehicles — but Greiner, who graduated MIT and spent 18 years with her first company, robotics pioneer iRobot, believes it really isn’t far away.

“From a technical point of view, we can do it, [but] it will take regulatory and cultural changes,” she said. “The FAA is right to not allow it today, but more experimentation would be great for the community. [The FAA] has signaled they are open to changing the rules if we can prove it is safe.”

Greiner has an interesting take on exactly what our future robotic couriers will look like. That’s because CyPhy Works newest drone has a very different design to the rest of the market. (And it’s a fairly crowded and competitive market.)

CyPhy Works specializes in enterprise and business drones, but LVL1, a consumer drone that the company pre-launched on Kickstarter ahead of an arrival next year, doesn’t sport the gimbal that is ever-present on pretty much every drone today. Aside from making it look nice, Greiner said this enables the craft to fly more fluidly, which makes capturing video or taking photos smoother and easier, and prevent more common damage.

“The new design makes it more rugged and portable. We use electronic stabilization for images because we believe that simplicity of sight is key, you’re basically just flying a camera… plus [in the case of repairs] it’s always the gimbal system that goes bad. We think drones will morph into designs like this over time,” she said. 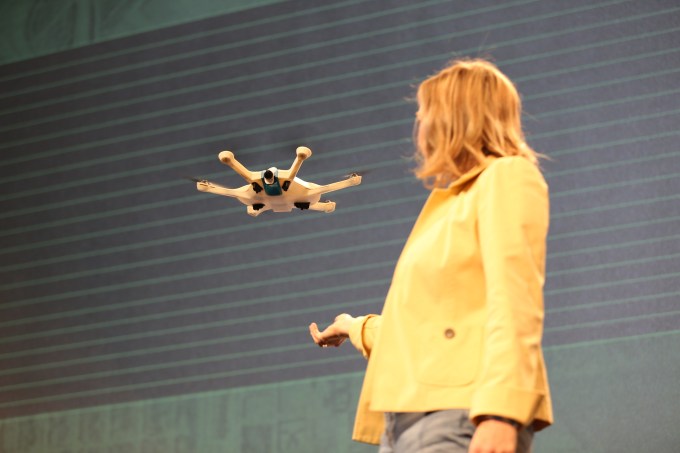 CyPhy Works recently raised a funding round from Draper Nexus — which Greiner said was $3.5 million, in addition to a previous $7.5 million round — so why is it using Kickstarter to generate pre-sales?

Greiner said that it was about community and feedback, rather than finances.

“We did a Kickstarter to build a community of people giving us advice and how they would use it. That gave us great benefit. [In previous times,] we used to build a device, consult focus groups and then throw it into the market and hope for the best. The modern way is to put it out there and see if there’s interest, ask what else is of interest,” she explained.

Beyond just pizza or package deliveries, CyPhy Works wants to expand its presence among public services.

“We have a strategic relationship with Motorola’s public safety division [which covers] most of the nation’s public security. We want to leverage that to get drones into police, fire fighters and others, across the world and not just the US,” Greiner said.

So, there you have it, drones might do a lot more than delivering your dinner. 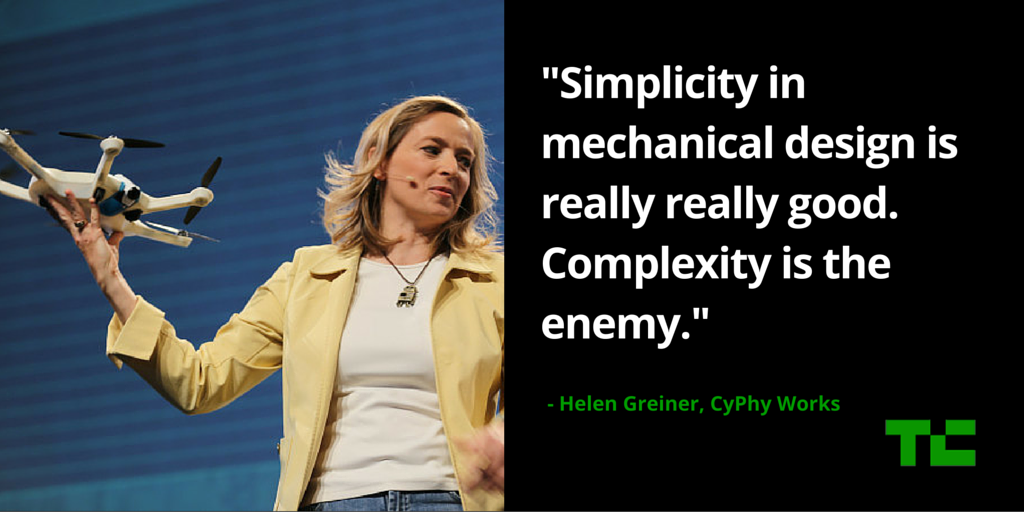