Apple just released the final version of watchOS 2. The updated operating system is now available to download for everyone. It is available as an over-the-air update. You may not see the update right away as it takes a few minutes to hit all the servers. Apple may also be using a queue system to ensure speedy downloads.

As a reminder, Apple initially planned to release watchOS 2 on September 16. But the company had to delay the release at the last minute due to an unexpected bug.

“We have discovered a bug in development of watchOS 2 that is taking a bit longer to fix than we expected,” an Apple spokesperson told TechCrunch at the time. “We will not release watchOS 2 today but will shortly.” But now everything is fixed.

The updated operating system adds a handful of features just five months after Apple launched the Apple Watch. In particular, app developers can now build native apps and take advantage of all the sensors with watchOS 2. Other features include transit directions, expanded Siri support, a few new watch faces, third-party complications, a night stand mode, the ability to go forward in time to check the weather, appointments and more. Read more in our full review.

Here’s how you can update to watchOS 2. Open the Watch app on your iPhone, go to ‘General’ then ‘Software Update.’ Apple should then prompt you to update.

There’s no reason why you shouldn’t update to watchOS 2. In many ways, it feels like the Apple Watch was in beta, and watchOS 2 is the final version of Apple’s vision. Things load faster, developers are going to take advantage of the new features and everything is more reliable. 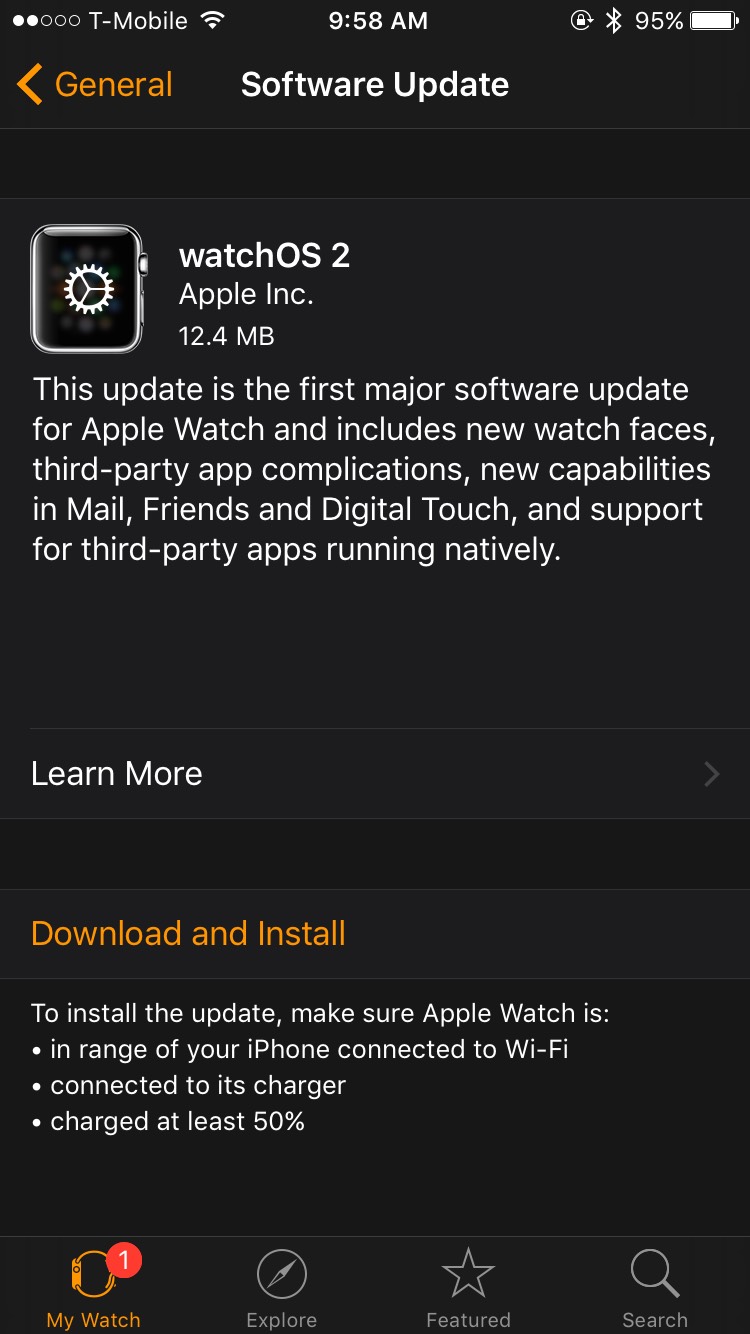