Buying and running a bitcoin miner is either a labor of love or an effort at profit… but rarely both. 21.co, for their part, seems to have reached an interesting parity.

Their new Bitcoin Computer is a Raspberry Pi 2 connected to a bitcoin mining rig. It is available for pre-order now on Amazon for $399. They also include a WiFi adapter and a 128GB SD card with a copy of the blockchain preinstalled.

21.co is a secretive bitcoin company founded by Balaji S. Srinivasan. This is their first consumer product.

The system allows you to buy and sell goods and mine bitcoin on a low-power 21 Bitcoin Chip. You can also use the computer to sell “anything to anyone” with Bitcoin using a Micropayments system and you can connect to it via any terminal.

You can use the 21 Bitcoin Computer to:

instantly mine Bitcoin from the command line

set up your own personal iTunes-like digital goods store

reward peers for posting your links on social media 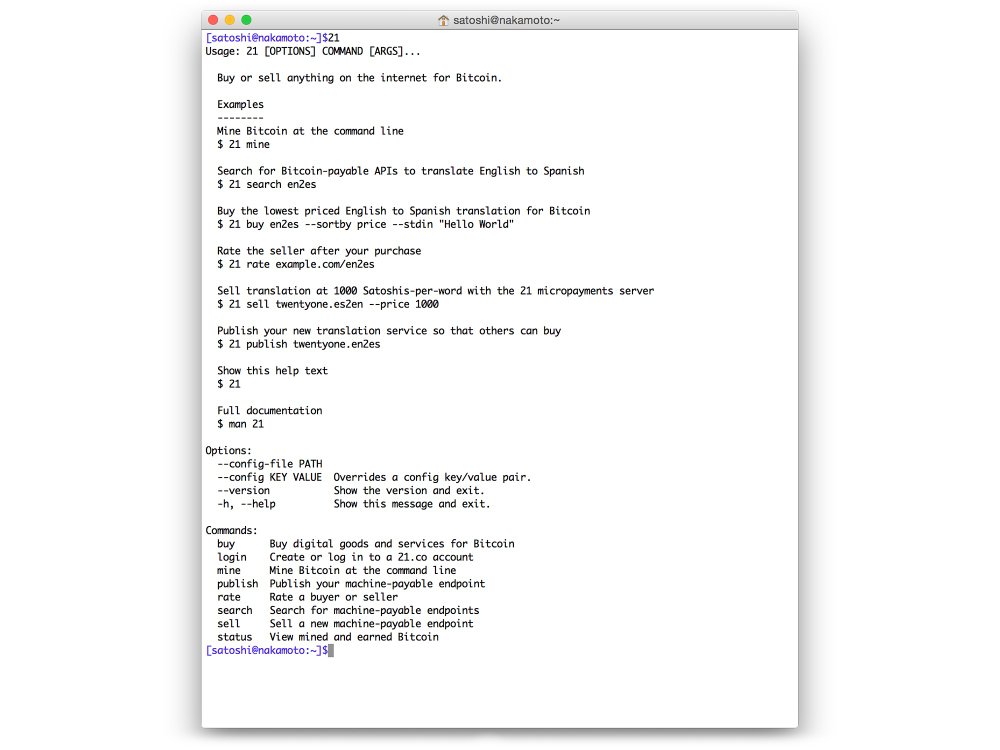 Why does this exist? It looks like 21’s effort to release an entry-level and very usable Bitcoin miner for the rest of us. While it’s trivial to make your own BTC miner, adding the micropayment systems to the mix make things a lot more interesting. This is also a solid move by Srinivasan to prove that they are ready to rock and roll in the consumer space. We’re expecting the company to start launching a chipset for mining bitcoin inside cellphones and the like but this is a nice start.