One of the very cool things about hackathons is that you learn what type of technology that people are really using. We’re all wondering what the hot “trends” are going to be at one of these things. At the Disrupt Hackathon, we’re learning quite a bit. An early trend is SMS. Surprise!

There’s Magic, Facebook M, Operator and now Walmart Simple Text. The latter is what you’d expect — an assistant for shopping at Walmart, which is a ridiculously large store with tons of items. All you want to know is whether they have the candy you want and what aisle it’s in. This is predictable since all Walmart stores are laid out the same, pretty much. 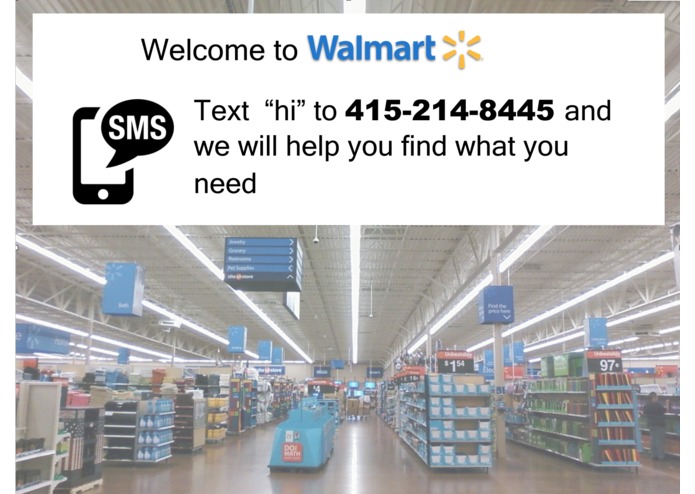 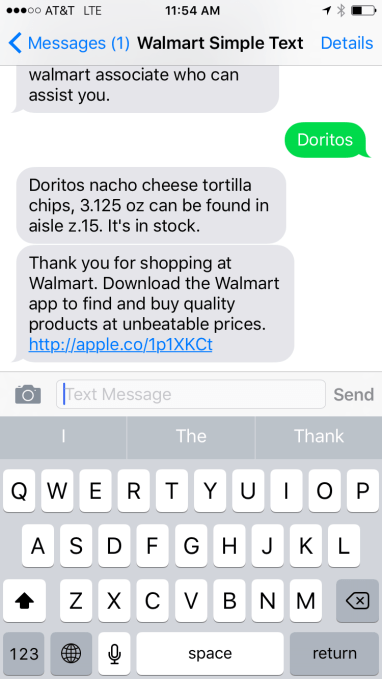 Need more help than the assistant can give? Text “chat” and you’ll be connected to a live customer support agent to answer more nuanced questions. You can also see what aisle you’ll be visiting thanks to a Walmart store map. 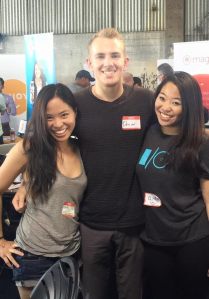 I chatted with the team, which consists of hackers Clara and Rachel Tsao and their longtime friend from high school Devin Finzer.

Rachel told me “We built this app because we’ve always been frustrated in stores, especially Walmart. It’s such a huge store.” and Clara added “I want to get my hot cheetos and get right out.”

On why texting is an interesting medium for personal assistants as opposed to heavier native apps, Clara said “The demographic of large stores was our inspiration, most users don’t know how to download apps or they don’t know how to find an app. Plus, asking them to use their data plans is a big part of it. We really wanted something that helped them find what they need and it’ll drive them to the app.”

I was shocked that Walmart Labs wasn’t testing something like this already, but if these three keep hammering away at it, making it smarter with AI and tapping into more parts of the Walmart API, it could actually turn into something sustainable. Devin told me “(SMS) It’s a powerful interface, it’s something that people are more and more accustomed to. It’s a gateway to an app.”

The gateway to the official Walmart app, perhaps?