Two of the youngest co-founders to take the stage at TechCrunch Disrupt’s Hackathon on Sunday were Kieran Mann, 9, and Rohan Chopra, 10. The duo impressed the crowd as they delivered a killer pitch for their app, Beanstocks, an app that allows parents to coordinate allowances and payments for their kids that are attached to real bank accounts.

Beanstocks has versions for both parents and children, allowing mom or dad to set recurring payments for kids’ chores like cleaning their room and send cash easily. 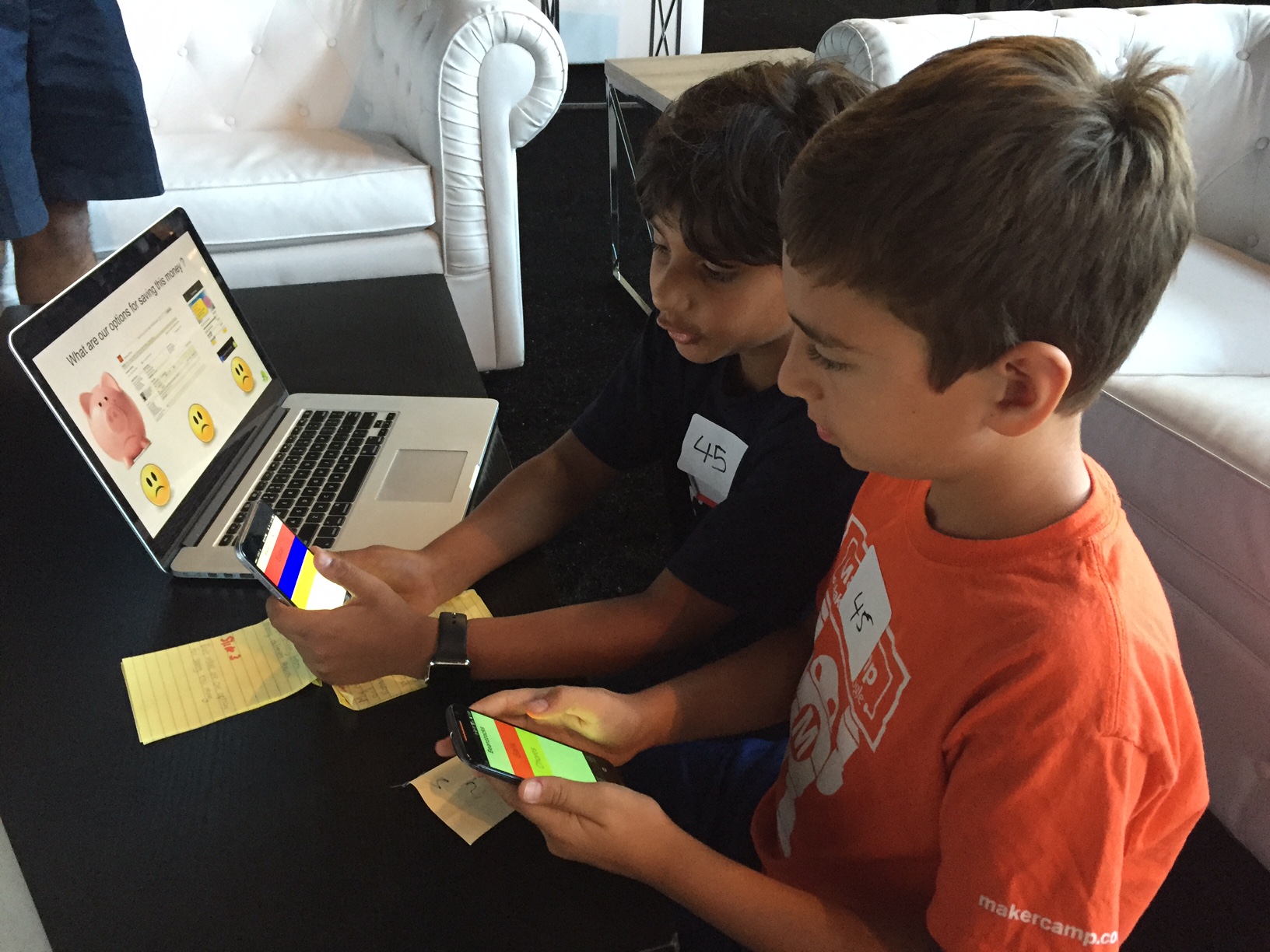 “Piggy banks are so last century,” exclaimed Mann as he pitched onstage. What the founders have in mind is a situation where kids are engaging with real life banking practices from an early age. Younger users can use the app to keep track of their cash and manage how they’re spending money.

Chopra told me that connecting a bank account also takes away lame excuses from parents who may not have cash on them to pay for doing the weekly chores, all they have to do is tap on a toggle in Beanstocks and whatever quantity of cash they have in mind is transferred to the child’s bank account.

Mann and Chopra are both buddies at school who love building stuff. The pair said this is the first Hackathon they’ve participated in, but I wouldn’t have guessed it judging by how at-ease they appeared. They both gave me a quick walkthrough of the app’s different workflows and were both chatting with each other about improvements that they could add in even as they were delivering a pretty convincing pitch.

Mann and Chopra aren’t done with Beanstocks and seemed excited for all of the potential features they were hoping to add, so keep an eye out for what’s next from these two.