How much gluten, genetically modified organisms and other allergens are in that cereal you ate this morning? Not many people know what is in their food right now, but genomic data startup Clear Labs hopes to index all the packaged fare in the world so we do.

The startup uses technology related to sequencing human genomes in clinical trials but applies it to food products. And it’s working with some of the world’s largest food brands to test for ingredient accuracy, origin, GMOs, bacterial contamination and allergens – as well as nutritional data and off-label additives.

Clear Labs recently raised $6.5 million in Series A funding from Khosla Ventures, Felicis, Passport Capital, and HBM Genomics to create a molecular data index, including allergen and contamination data – or what co-founders Sasan Amini and Mahni Ghorashi hope will become the “Google of food.”

“Our aim is really to build this comprehensive database upon which we can make food indexable, searchable and with all the types of genetic analytics you can run on top of that,” Ghorashi told TechCrunch over the phone.

It’s all about changing the paradigm from food safety to food quality. Sasan Amini, Clear Labs

The idea is interesting. Though Clear Labs is mostly for testing at large food brands right now, it could have consumer applications. More than 93 percent of the American population believes the government should add labels to food that has been genetically engineered. More than half (57 percent) say they would not want to buy GM food.

This puts the food industry in an awkward position – consumers want to know what is in their food but an increasing number distrust this new frankenfood. Couple that with a suggestion from the Non-GMO Project that more than 80 percent of all packaged foods contain genetically modified ingredients.

A fierce debate now wages in Congress over whether the food industry should have to tell the public which products contain genetically engineered ingredients. The House of Representatives passed a bill this month that would cancel the requirement for food manufacturers to label GM products. 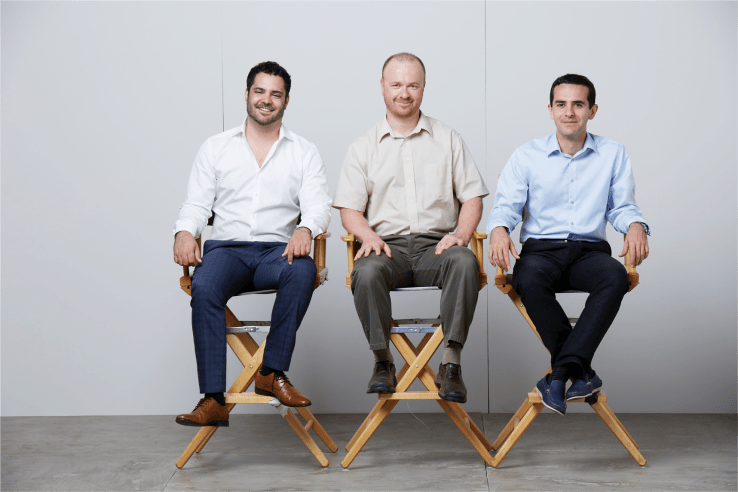 Should those against this bill lose the label war, they might be able to turn to Clear Labs technology to get a better idea of what is in that package of ramen or can of corn on the shelf at their local grocery store.

“It’s all about changing the paradigm from food safety to food quality,” Amini said.

Currently, the Non-GMO Project verifies food that does not contain GMOs. There are other resources that monitor food contamination such as FoodSafety.gov. However, Clear Labs seeks to index all pre-made food products in a comprehensive genomic database.

The co-founders prognosticate a consumer application around five to 7 years in the future. Ghorashi sees a future where you could even take out your smartphone and scan the label of a food item at your grocery store or at a restaurant and being able to see the molecular data and any concerns associated with it before putting it in your mouth.

For now, the focus at Clear Labs is on indexing for the enterprise, one that includes creating a future where food brands can be proactive rather than reactive to outbreaks or recalls.

“We’re at a turning point in the food industry with venture capital pouring into the space. Some of these technologies like genomics really changes how we interact with our food,” Ghorashi said.