Avid Life Media CEO Noel Biderman is stepping down, the company announced this morning. Avid Life Media, or ALM, operates the dating site for cheaters, Ashley Madison, which was affected by a massive hack that exposed the account details of 37 million users, along with sensitive company information contained in emails. Among other things, those emails revealed that Biderman himself allegedly engaged in multiple affairs, including a lengthy affair with a Toronto-area escort, BuzzFeed recently reported. 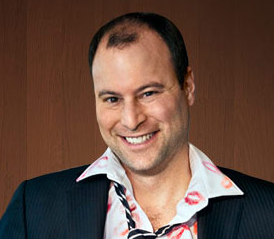 The company describes Biderman’s departure as a “mutual agreement,” but that’s not likely the full picture of what went on behind closed doors ahead of this decision.

ALM released the following brief statement (see below) regarding the CEO’s exit, noting also that the company will be led by senior management until a new CEO can be found. (Wow, who’s going to want that job?)

In addition, ALM says it continues to work with law enforcement to attempt to bring the hackers to justice.

Effective today, Noel Biderman, in mutual agreement with the company, is stepping down as Chief Executive Officer of Avid Life Media Inc. (ALM) and is no longer with the company. Until the appointment of a new CEO, the company will be led by the existing senior management team.

This change is in the best interest of the company and allows us to continue to provide support to our members and dedicated employees. We are steadfast in our commitment to our customer base.

We are actively adjusting to the attack on our business and members’ privacy by criminals. We will continue to provide access to our unique platforms for our worldwide members.

We are actively cooperating with international law enforcement in an effort to bring those responsible for the theft of proprietary member and business information to justice. 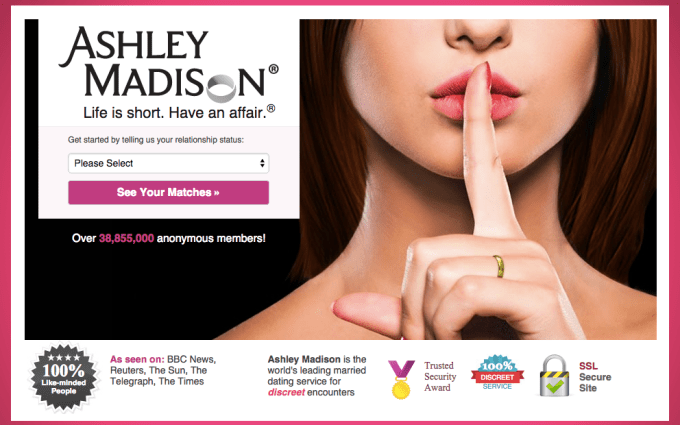 However, the issues with Ashley Madison following this scandal is not one where the company can use the CEO as a scapegoat for all that ills them. Thanks to the data revealed in the emails, ALM appears to have deliberately attempted to dupe its own users by creating fake accounts.

The leaked emails revealed that Ashley Madison site had very few active female users – of the 37 million profiles, only around 12,000 were women who were active on the site. In addition, the company regularly paid people to build fake profiles.

And it’s still to be determined to what extent the site took users’ money for profile deletion, without actually fully wiping their data. This, in fact, was one of the hacker’s (or hackers’) main reasons for attacking the site in the first place. “The Impact Team,” as the hacker(s) called themselves, called Ashley Madison’s “full delete” option a “complete lie.”

The large-scale hack on Ashley Madison, whose tagline is “Life is short. Have an affair,” has been highly controversial. Some people strongly feel that, despite the lives that have been impacted by this attack, those who held accounts on the site were getting some sort of karmic justice. They continue to hold these beliefs, even as the fallout continues, which has resulted in follow-up scams and even reports of suicides linked to the hack.

But the impact the data breach had on Ashley Madison users has turned out to be only one of what will now be many problems for the company ahead.

As for Biderman, hundreds of emails exposed that he also engaged in several affairs over the years, despite his claims to media that he never cheated on his wife. BuzzFeed detailed some of these emails, which began in July 2012, and often involved arrangements about where to meet, as well as payment arrangements, in the case of the escort.

It’s unclear how Ashley Madison’s business can continue in the wake of the attack. At least two law firms have launched class action lawsuits against the site, which state that the company failed to protect its users’ information, even though many paid an additional fee that was purportedly meant to remove all their data from company servers.

Ashley Madison has been working with Canadian police, the FBI and the U.S. Dept. of Homeland Security to help chase down the hackers, and even recently posted a $500,000 (CAD) reward for information leading to an arrest.