After a number of big fundraising rounds over the last few years, Houzz has now made its first acquisition. The company today announced that it has acquired GardenWeb, a garden and home community site, from NBCUniversal for an undisclosed amount.

GardenWeb was part of the portfolio of iVillage’s sites, which NBC acquired in 2006 (iVillage is now Today.com). According to Houzz, the site currently hosts over 2.8 million discussion threads on its forums with a total of 14 million posts across 400 discussion topics. The threads on the forums range from questions about professional ranges to discussions about mollies and everything in between.

Houzz says its site now sees over 35 million uniques, 90 percent of which are homeowners. This site already hosts its own forums, and, according to Houzz, “millions of people” already participate in them every month. 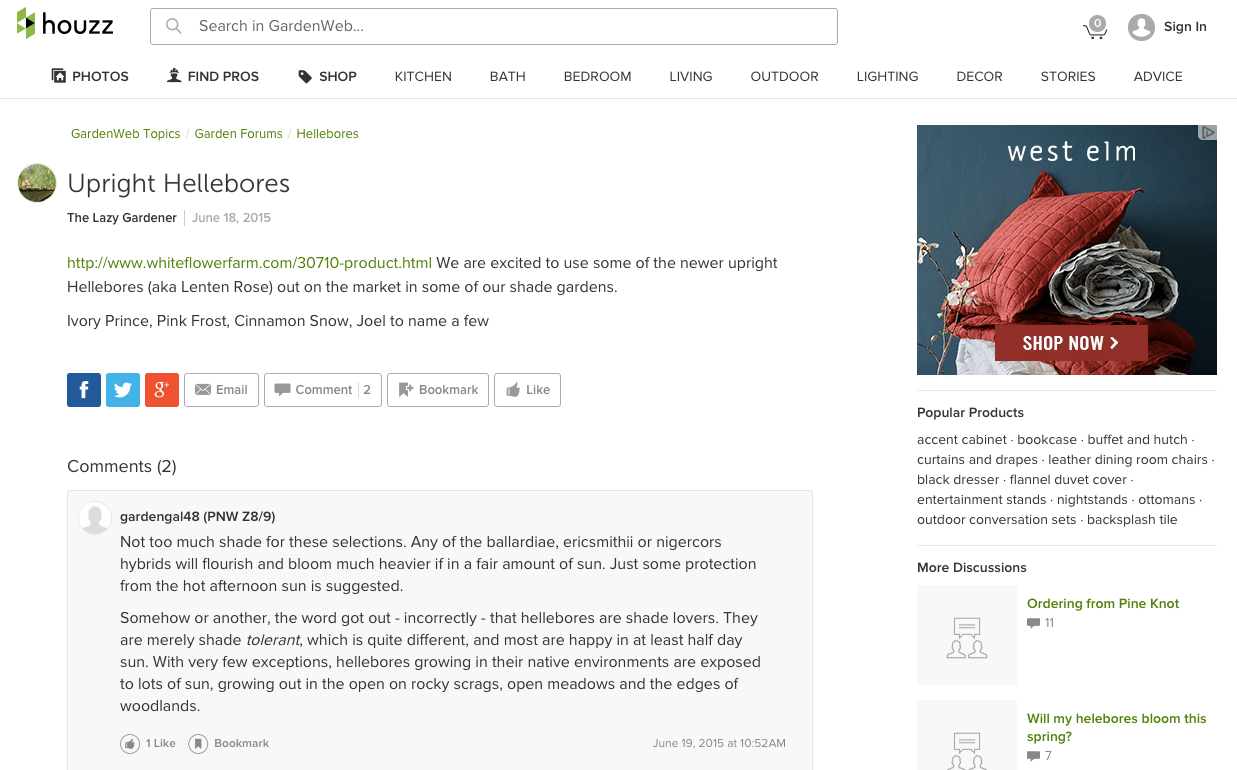 Houzz has already started integrating GardenWeb’s forums into its own site and launched a full redesign for GardenWeb, but it looks like the site will continue to run under its own domain name for the time being. As a company spokesperson told us, “GardenWeb is a vibrant community in its own right and we have been working to create the best experience on the web for both communities.”

“We’re thrilled to welcome the incredible GardenWeb community to Houzz, which shares the same passion for homes and gardens as our community members,” said Houzz CEO Adi Tatarko in a canned statement today. “Bringing GardenWeb’s vibrant and engaged users, forums and resources together with the Houzz platform will provide a richer content experience for the unified community.”

Houzz has now raised a total of $213.6 million in four rounds. It’s no surprise that the company, which experienced rapid growth since its launch in 2009, is now looking at making acquisitions to fuel its growth and expand its marketing efforts.