Update 8/25: As of Tuesday morning, Russian Wikipedia has been removed from the internet blacklist by the Russian government.

In a (roughly translated) announcement from the department, Roskomnadzor said that following certain edits the site was no longer in violation of Russian law:

Information recognized by the court prohibited, edited. Article on Narcotic Drugs “charas” contained at the moment in “Wikipedia”, according to expert opinion Russian Federal Drug Control Service, does not violate the law.

This court decision in this reference is excluded from the Unified Register of forbidden information.

The Wikimedia Foundation issued a statement responding to the site’s unblocking, which partially reads:

On August 24, we heard that Roskomnadzor had instructed ISPs to block Russian Wikipedia beginning at midnight. We saw a few reports on Twitter that users in certain areas of Russia were having difficulty accessing Wikipedia. Our engineering teams also saw evidence of outages in some parts of Russia.

The following morning in Russia, Roskomnadzor released a public statement that the article no longer violated Russian law. The agency removed Wikipedia from its block list.

Wikipedia is the world’s largest free knowledge resource. It is written and maintained by a dedicated community of volunteer editors around the world. Wikimedia communities ensure articles meet the principles of accuracy, verifiability, and neutrality. Any community may choose to review an article, make an alteration, or remove it entirely if it fails to meet Wikipedia policies and guidelines.

When governments seek to censor Wikipedia, local communities of readers and editors often strongly oppose those actions. It is always the goal of Wikimedia’s editor communities to ensure content on Wikipedia meet the principles of accuracy, verifiability, and neutrality. We support the Russian Wikipedia community and all Wikimedia communities in their efforts to make accurate, neutral, and reliable information freely available to the world.

The Russian government has instructed all ISPs in the country to block Russian Wikipedia following their denied request to remove a post about preparing narcotics.

“Today, we have heard that Roskomnadzor, the Russian agency tasked with oversight of Russian communications, has instructed ISPs to block Russian Wikipedia. Censorship of Wikipedia content runs contrary to the Wikimedia vision: a world in which everyone can freely access the sum of all knowledge,” the Wikimedia Foundation, the nonprofit that supports Wikipedia and other projects, said in a statement.

Russian Wikipedia currently boasts over a million articles that garner over a billion page views per month.

Wikimedia detailed the subject of the offending article in a statement sent to TechCrunch:

We first learned about a possible block last week, when Roskomnadzor issued a notice regarding an article on Russian Wikipedia about charas, a form of cannabis. The notice stated that the article contained information on how to prepare the substance. The notice directed Wikipedia to remove the article.

The Roskomnadzor, which is essentially Russia’s FCC, has been cracking the whip on posts regarding drug use as of late. Earlier this month, the department briefly banned Reddit to many users in the country following the publication of a post that detailed how to grow psychedelic mushrooms. In that situation, Reddit immediately complied with the Russian government and blocked Russian access to the post and was subsequently unbanned. 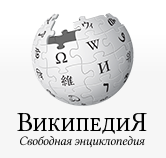 The situation here is a lot different. First off, The Wikimedia Foundation is a nonprofit that allows them to be a bit more outspoken on free-speech issues in the face of government intrusions. Next, the decision on how to proceed is not in the hands of the Wikimedia board members and is instead being navigated by the actual editors of Russian Wikipedia.

According to Wikimedia, the Russian Wikipedia editors are currently debating how to best move forward in this situation, after already looking to tighten up the article in question in ways that maintain their own standards.

“The Russian Wikipedia community has held active discussions regarding the notice and article. Editors have made significant changes to the article, adding further information and citations to reliable sources, bringing it in line with Wikipedia’s standards for neutrality and reliability. The community has also added a notification banner to Russian Wikipedia, pointing out to users that the site may be blocked.”