Nine in 10 parents believe that teaching computer science is a good use of school resources. Two-thirds of parents believe CS education should be mandatory in schools. Eighty percent of students think they will learn about CS in the future. Three out of four principals say their schools offer no CS coding or programming classes (and for reasons I can’t quite fathom, lots of schools apparently offer CS classes that don’t involve programming).

Something isn’t quite right here. As a new Gallup poll commissioned by Google shows, we’re still a long way from being able to assume that virtually every school teaches CS, even as parents and students increasingly expect schools to do so. 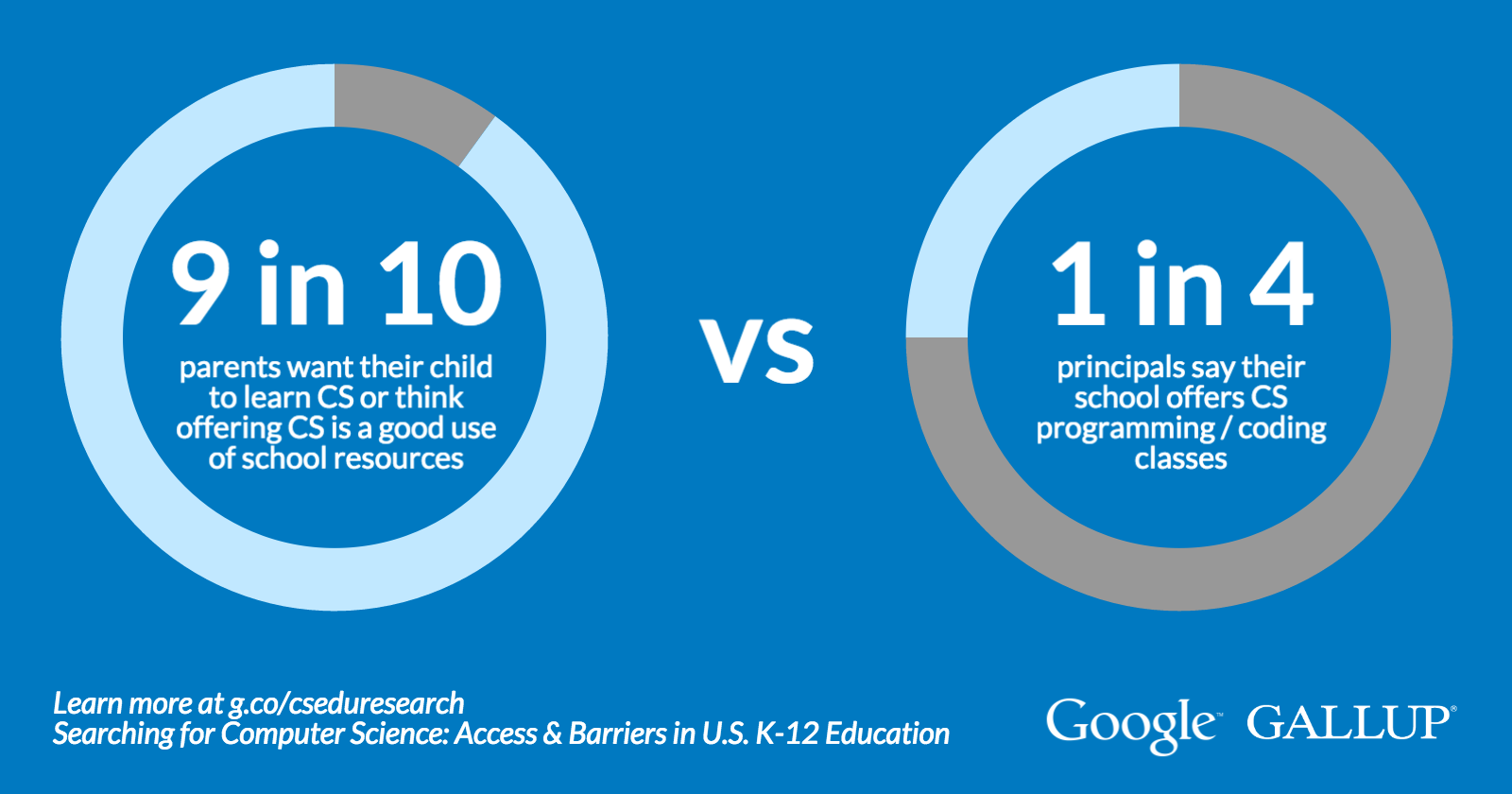 For administrators, CS is simply not a priority. When 91 percent of parents want their children to learn CS and only 8 percent of administrators believes there is demand from parents, there’s clearly an issue somewhere.

“There’s a critical need to address the lack of awareness about student and parent demand for computer science, lack of support for CS teachers, and competing priorities that prevent computer science education from being offered,” Google’s researchers write today.

Schools argue that they simply don’t have the time to devote to CS classes (thanks in part to the ever-increasing testing requirements they have to fulfill, which don’t include CS) and that they have no budget for computer science teachers (which are also hard to find, given that the best coders likely won’t want to work in education).

When schools do offer CS classes, many of them don’t involve programming, which seems rather odd. About half of the principals who say their schools offer CS classes say that programming isn’t part of the coursework. Maybe you can teach students about the theory of algorithms on a blackboard, but what’s the point of that when the students never get to put that knowledge to work?

You can find the full report with even more disappointing stats about the state of CS education in U.S. schools here. 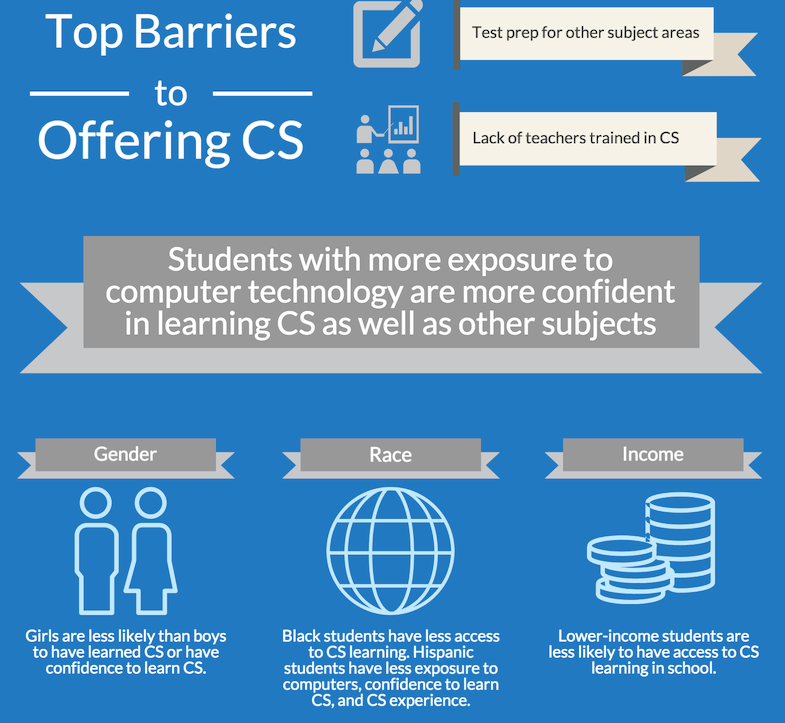