Silent Circle showed off the second generation of its pro-privacy Android-hardened smartphone, the Blackphone, back in March at the Mobile World Congress tradeshow — touting a summer launch for the device.

In the event, it’s still not launched, and the company has now quietly put up a pre-order page on its website for a September release — sans price tag. 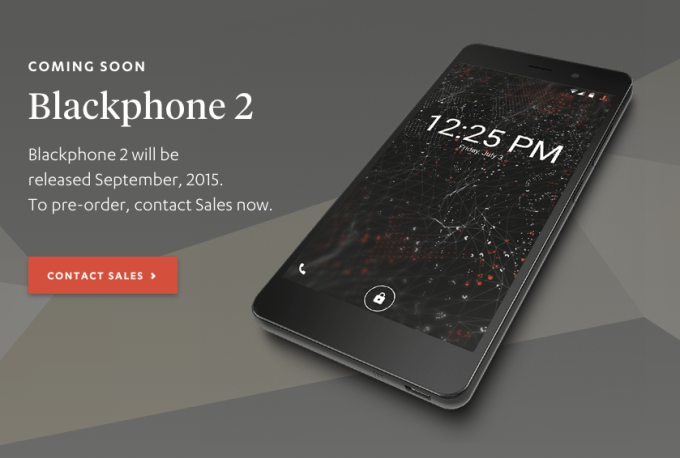 The Blackphone 2 updates the original handset in the look and feel department, with an all-glass front and rear, plus a larger full HD display. At 5.5 inches across, it’s generous enough although lags behind palm-stretching phablet offerings. Other updates include a 64-bit processor and more RAM.

There’s no further word on the other device Silent Circle has in the works: a tablet, with the unfortunately clumsy moniker: Blackphone+, also announced back in March.

The company has pivoted from its initial prosumer target for Blackphone to concentrate more of its energies on serving the enterprise market — chasing a space that used to be occupied by RIM’s Blackberry, and now selling devices, software and services under its “enterprise privacy platform” banner.