[Update: Facebook has now officially rolled out its update to Notes, including a cleaner design that offers cover images, caption able and resizable images, headers, bullet points, and block quotes.]

Facebook basically locked Notes in the basement for the past half-decade. Its bare-bones blogging feature launched in 2006 as a place for writing missives that wouldn’t fit in a status update. After a few tweaks like the ability to insert photos, Facebook left Notes to languish. 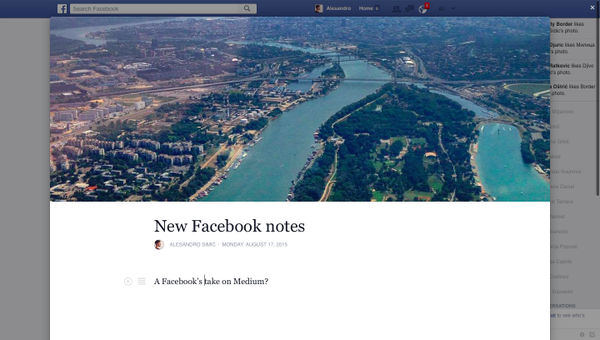 The launch of Timeline in 2011 buried the feature so deep in the interface that one could conclude Facebook didn’t want to deal with Notes any more. It seemed like people were satisfied with short-form social media posts, and few needed a place for long-form blogging.

But then there was Medium. Launched in late 2012, it’s slowly gained steam to become THE place for infrequent bloggers, touchy-feely corporate responses, journalistic experiments, and all kinds of *thinkfluenceship*. Meanwhile, Tumblr was maturing from quick GIF reblogs by scene kids to a legitimate blogging platform under its new owner Yahoo.

Facebook needed to wake up. The mainstream was ready to blog, and they didn’t want to set up a whole custom website to do it. In 2013, I wrote a stern call to arms for Facebook to overhaul Notes with three objectives:

Later that year, I heard rumor of one wily Facebook engineer hellbent on getting the company to revamp Notes. Apparently Facebook listened.

Now, Facebook is testing a design update to Notes that makes it much simpler and classier looking. Spotted by David Winer and reported by Mic Wright at The Next Web, it features nearly full-width images without cluttered sidebars, and allows for big, beautiful cover images like Facebook profiles. Facebook told The Next Web “We’re testing an update to Notes to make it easier for people to create and read longer-form stories on Facebook.”

Here’s the old Notes design with gaudy (though useful) sidebars:

Here’s the new simple and classy Notes without the sidebar: 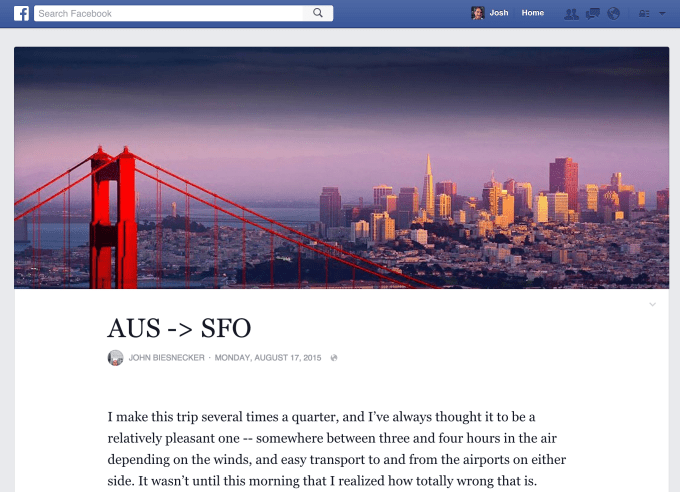 And here’s a Medium post featuring a similar design: 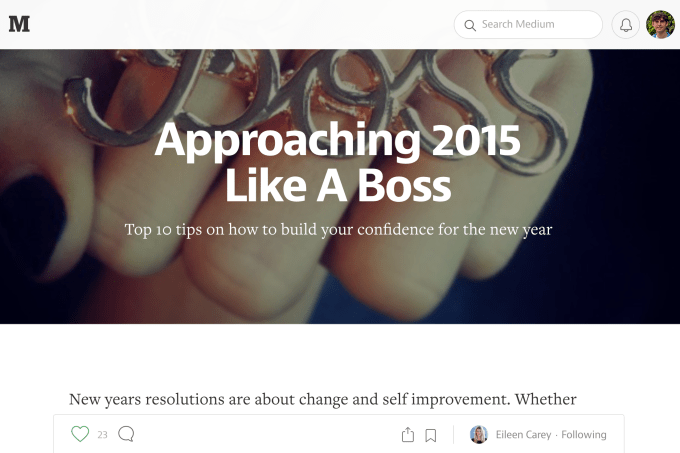 The new Notes certainly looks comprehensible to Internet n00bs, but slick enough that you could imagine venture capitalists or heads of state publishing on it. [Update: That’s an improvement on most of free blogging behemoths like WordPress that can show ads amongst your content and take work to make pretty…which is why people are moving to cleaner blogging pastures.]

The real question, though, is whether Facebook is willing to put the power of the feed behind it. 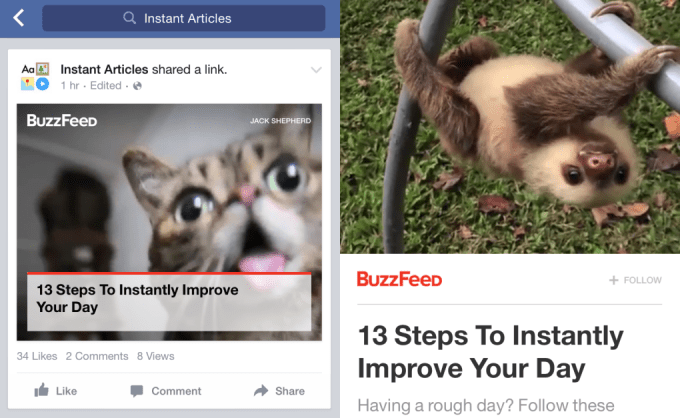 Facebook’s advantage is its distribution. The same weapon it’s used to barge into web publishing with Instant Articles and video hosting with its auto-play clips could help it invade blogging. It’s similar to how LinkedIn used its natural traffic to launch a professional-minded publishing network.

People will write where they get an audience. If that’s Facebook, they’ll publish there. And while Twitter doesn’t discriminate, showing every post to everyone, Facebook’s filtered feed shows you what it thinks you’ll actually consume.

That led to a quick shift from people and businesses on Facebook sharing links out to YouTube to them sharing native Facebook videos because they’re easier to watch on Facebook, so more people engage with them, so the feed shows them to more people. The same could happen to blogging. If you can share a Facebook Note’s link anywhere just like a Medium link, but you’ll get extra eyeballs on Facebook for writing with its platform, it could be a big draw for bloggers. 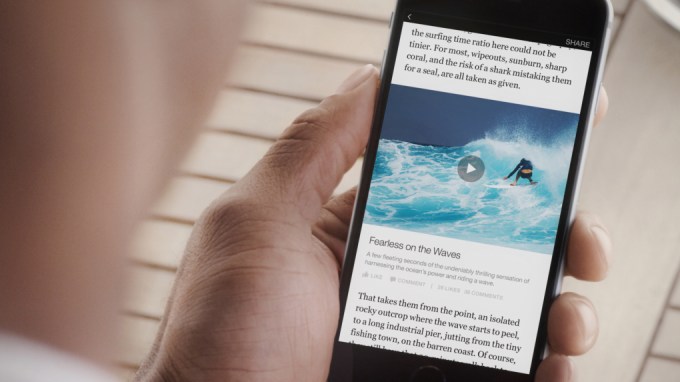 All Facebook has to do is make the on-Facebook reading experience of Notes better than clicking out to read a blog elsewhere. Just as with Instant Articles for publishers like BuzzFeed and the New York Times, Facebook could prep Notes so they’re immediately readable when discovered in the News Feed without waiting for a mobile site to load.

And with the new design now in testing, people will get a smooth reading experience once they open a Note.

It’s just another step in Facebook’s “Quest To Absorb The Internet.”