Keen IO announced today that it’s open-sourcing one of its key features.

The company allows customers to create their own analytics tools without having to develop the infrastructure from scratch. As you’d probably guess, it’s a fairly developer-centric product. The last time I spoke to co-founder and CEO Kyle Wild, he told me, “Our customers get to write code, so they don’t have to solve the problem our way.”

But the Data Explorer, which launched earlier this year, isn’t just for programmers. Instead, businesses can use it to explore and visualize their data through a friendlier interface. In Wild’s words, it lets you “point-and-click your way to analyze data.”

By open-sourcing the tool, Wild said Keen IO is allowing customers to embed the interface into their own internal websites and apps, customize the interface and potentially improve it and contribute back. 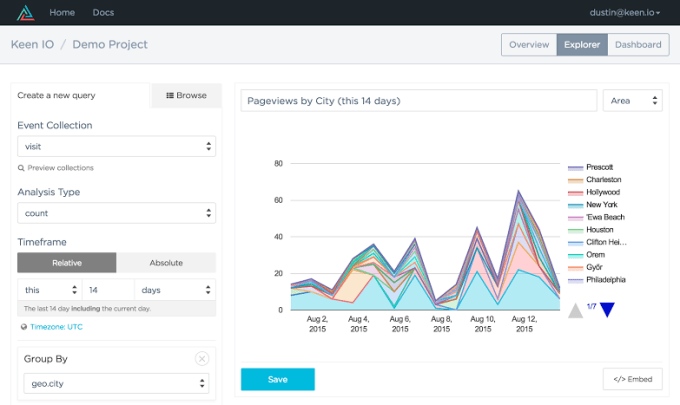 For example, he said a customer like millennial-focused publisher Mic could offer their journalists an area where they can query the data on their own, rather than sticking to “pre-digested reports.” Or Teespring, another Keen IO customer, could embed the Data Explorer on its platform for merchants.

Wild noted that Keen IO already open-sourced its dashboard templates and he said the company plans to make more available in the future.

“For us, this is definitely not a one-off thing,” he said. “Open source is a huge part of our approach — really, any company that wants to be legitimate with developers should probably do that.”

You can learn more here.