While many in Europe are sunning themselves on beaches, a group of young tech entrepreneurs and investors have grouped together to address the crisis of refugees, many from Syria, which have come to European shores in wave after wave this Summer.

The initiative was started by Paula Schwarz, an entrepreneur based in Berlin, who’s family owns a house on the the Greek island of Samos where thousands of refugees have landed in the last few weeks. Up to 800 people land in Samos every day, according to the island’s mayor Michaelis Angelopoulos.

Schwarz brought together people from startups from Germany, Greece and South Africa to tackle the refugee crisis with a typical startup approach, forming a group called Startupboat, to come up with new ideas. The idea was to conduct research on the status quo of political refugees on Samos Island and “develop tools to improve the status quo of irregular migrants on Greek islands” Web site, Twitter, Facebook). 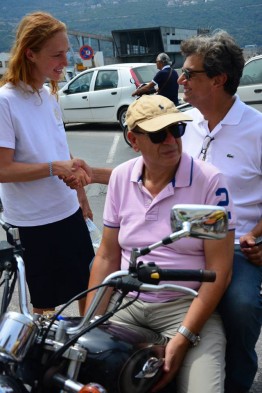 She put out the call to her network and was joined by 20 others, including venture capitalist David Rosskamp, formerly with Earlybird Capital in Berlin and Franziska Petersen, the German client manager for Facebook’s European headquarters in Dublin, Ireland.

Rosskamp told me: “People were from Facebook, Saving Global (and formerly Index Ventures), Wings University, other VC funds, Academia, the Lufthansa Innovation Hub, McKinsey and Entrepreneurs from Greece, Berlin and South Africa. We wanted to understand the situation and human tragedy, show civil engagement and think about local help. On top of this, we feel that the European public is clearly missing a transparent discussion of the issue. Most refugees here are from Syria, they are well educated and could actually be ‘us’.” 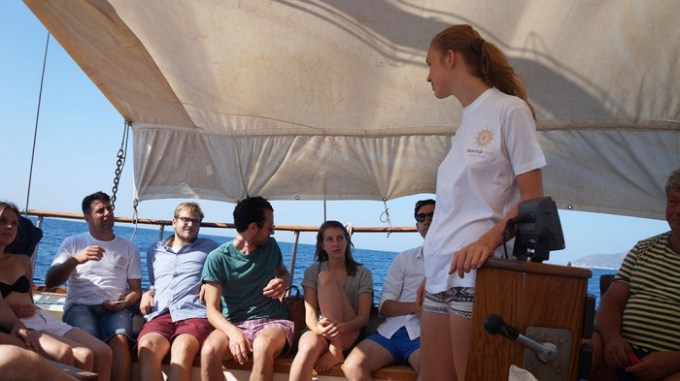 “We are on Samos as the island is seeing close to 800 refugees per day. They arrive through Turkey and are taken out of the water by the Coast Guards or strand on remote rocks somewhere on the island. From here, their journey through Europe begins. We have followed their odyssey over the island and have organized ad hoc support, including the involvement of local authorities and press to raise awareness and dialogue. We have also set up information websites for both migrants and the Samos public. 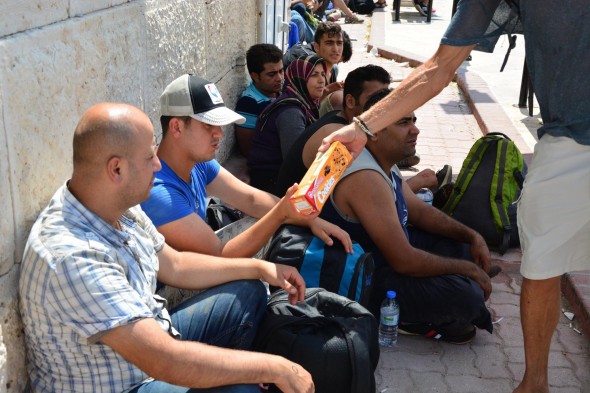 He says the StartupBoat group is a private initiative. “We saw what was happening on the European borders and got together a set of people equally concerned.”

But the ideas morphed into action as the people — normally used to chatting about business models and innovation — toured the refugee camps and realized they had to do something practical as well. 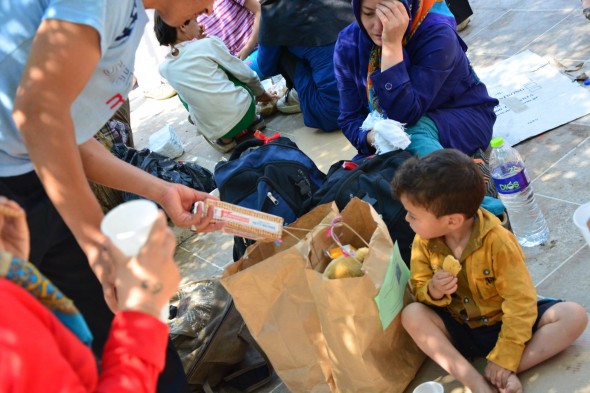 They’ve now launched a website called First-contact, which is still in Alpha.

This explains to refugees arriving on Samos what do to do when they arrive, as many of the refugees have cell phones and can go online, according to Schwarz.

They’ve ben supplying them with food, speaking to officials and organizing an “awareness walk” through the capita (led by the mayor of the island).

They plan to translate it into Arabic, Farsi and Pashto.

Christian Umbach, one of Startupboat’s members who works for Lufthansa Innovation Hub in Berlin, believes the European Union should address the issue head on, and also lobby to stop the war in Syria. 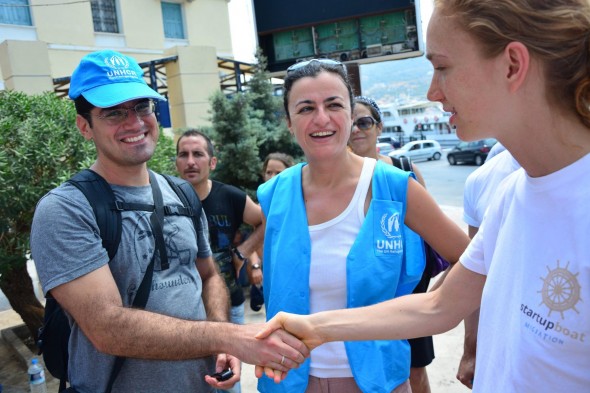 Schwarz, who also runs a platform to connect Greek start-ups with investors from around the world, hopes to set up an information center and help the refugees learn IT skills such as coding, to potentially access higher level jobs.

According to the United Nations Refugee Agency the number of refugees arriving in Europe from Syria, Afghanistan, Somalia, Iraq and Eritrea has increased by ten times since last year. Over 137,613 people reached Greece by sea in the first seven months of 2015, compared to 14,714 during that period last year. Most arrive on rubber dinghies, if they make it to shore alive. Many others drown.

Unfortunately, the refugees are arriving in a country with 26 percent unemployment and in the middle of an economic crisis. Most refugees end up sleeping out in the open as Greek authorities struggle to deal with the large numbers of arrivals.

Some more images from the initiative: 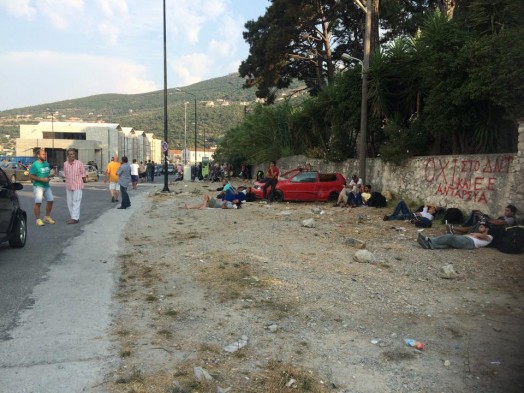 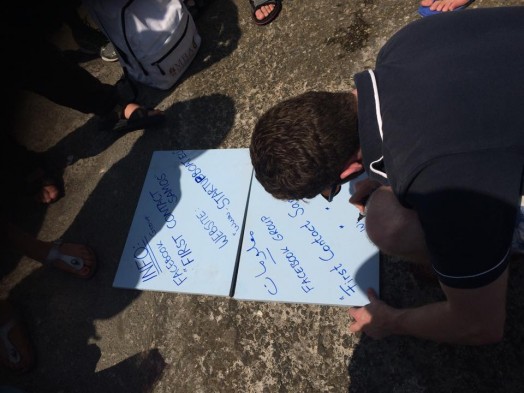 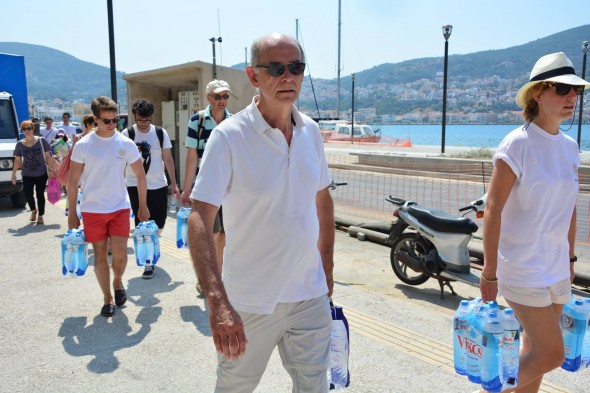 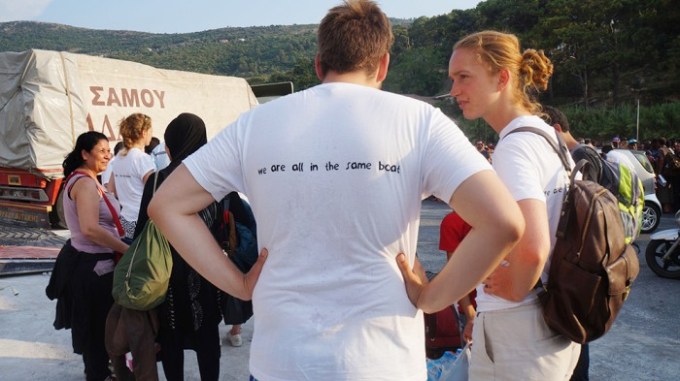 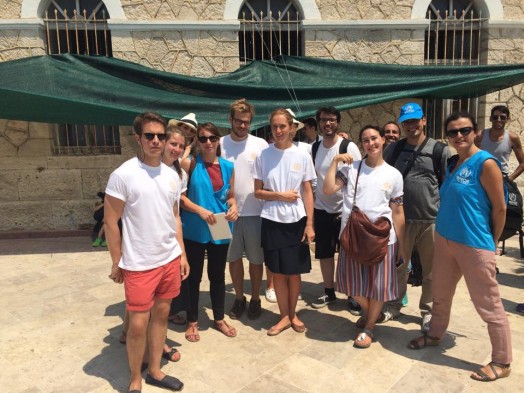