No matter how advanced phone mapping technologies have become, stepping into an airport takes you back several decades into the era of physical maps. With no other way for unseasoned travels to get around besides large map kiosks, airport navigation has long been due for an upgrade.

As a part of its new, updated app launching later today, United Airlines is integrating intelligent indoor mapping technology into its mobile app for iOS. So far, the United app has been downloaded over 19 million times. An update for Android with the same features is expected this Fall. 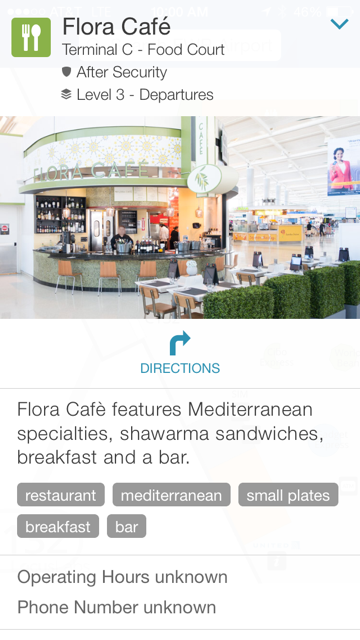 “This is a very specific technology that talks to a real need of the customer,” explained Shannon Kelly, Director of eCommerce Planning and Delivery at United. “We had the technology, we had the customer need for it.”

Carlos Faxas, Manager of New Technology and Digital Concepts at United, explained that the idea resulted from an internal search for technology that improved the airport experience for customers. “United wants to drive a more contextual experience,” he said.

Campbell Kennedy, CEO of Locus Labs, explained that there was an opportunity for the company to extract information from pictures creating better maps. Formerly a DARPA Grand Challenge contestant, he was also a member of Google’s autonomous vehicle team. He compared the mapping process to that used by Google’s Street View system.

“I think that I really saw an opportunity there with all these pictures, millions and millions of pictures all of the world. It’s not just the picture that has value, but also the metadata that is in those pictures.”

Analyzing high-resolution pictures of airport terminals allowed United and Locus Labs to create highly detailed maps, explained Faxas. “We can also use the maps to derive accurate distances between objects and points of interest, which is really helpful for a user,” he said. “We can tell them, for example, your walking time at Newark [to your gate] is a 7-minute walk.” 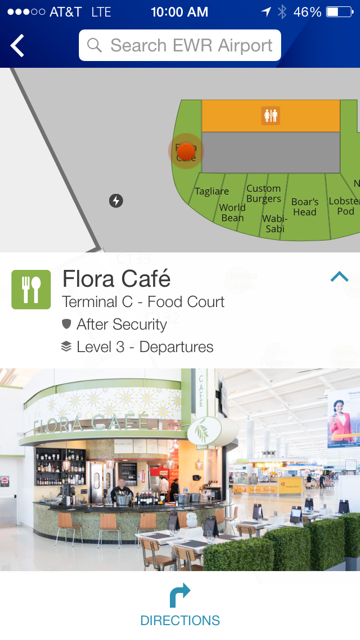 At present, the maps feature will be available in United’s seven domestic hubs.

“We’ll try to pin your gates down according to your travel wallet, but if you’re somewhere else in the building you’ll self-identify your nearest point of interest, and then you can search your destination and it will give you your walk time,” said Faxas, explaining how a user would navigate through an airport using the app. “We [even] try to identify escalators and their positions to help you navigate the airport.”

“We actually push this system around the publicly accessible areas of the airport,” explained Kennedy. “We take photos throughout, and we also build a floor plan out of the data that is collected there and convert it into a consumer-facing map and database of things, not just places, but things, everywhere.”

Called a ‘reality capture system’ by Kennedy, the system helps solve the problem of collecting granular location data at scale.

“This is really the crux of the problem with search of the physical world. You need to collect this information at scale and surface it to people at appropriate times.” 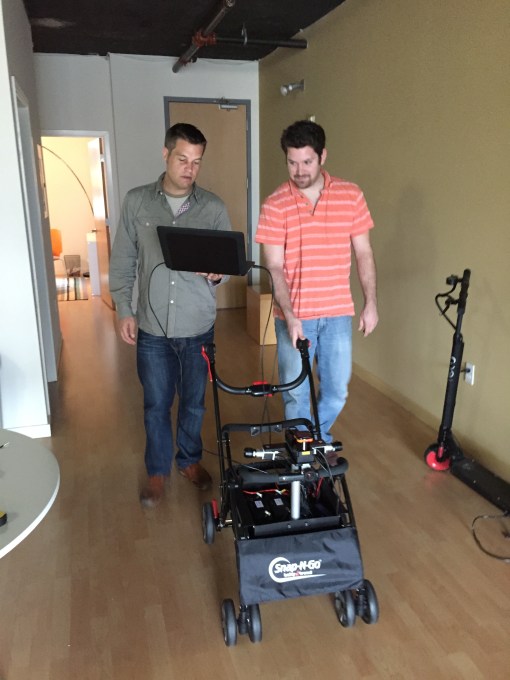 Campbell Kennedy (left) and Dan Landino (right) of Locus Labs next to a version of their map capture platform.

While all of United’s hubs will benefit from this rudimentary mapping technology, United and Locus labs are working on a pilot program at United’s terminal at Newark Airport that uses beacon technology for more accurate positioning.

“I like to think of it as not your father’s Bluetooth,” joked Faxas, addressing concerns about beacons draining battery life by comparing their usage to a ‘paired’ smartwatch or fitness band.

“I have beacons installed throughout one of the terminals at Newark Airport, and we use that to provide people with a ‘blue dot’ and location reference,” said Kennedy, who also noted that beacons would help create personalized experiences for different users. 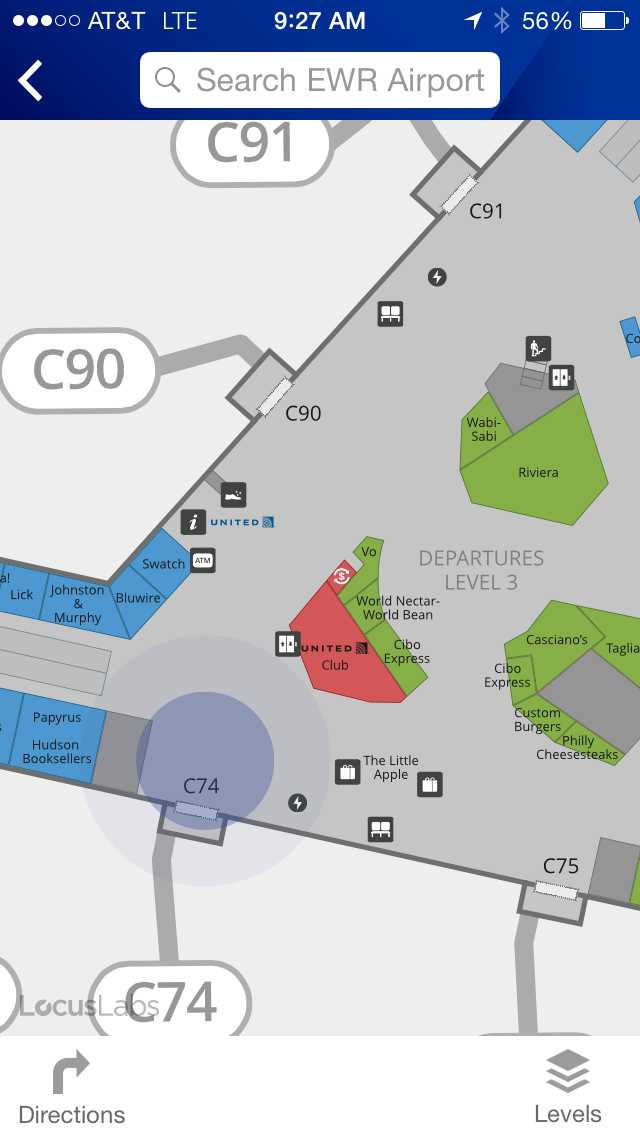 Beacon technology is being tested at United’s Newark terminal.

The introduction of beacon technology raises issues of privacy and worries about United and Locus Labs using location data to track users and for contextual marketing. Jennifer Dohm, a spokeswoman for United, was quick to address these concerns.

“Currently we are only using the beacons for their connection to the maps,” she said. “Our mission as a company is getting people from Point A to Point B, [so] we don’t necessarily have the need to track the customer.

While United has no plans to track location data in this manner, Kennedy explained that the capability still exists.

“The technology infrastructure is there to provide a much more personalized experience,” he said. “We [can] combine this location information with their itinerary to be able to really provide a customized experience.”

“To my knowledge, United is not necessarily doing that yet,” he assured.

Faxas explained that United and Locus labs expect to see customers use mapping at airports differently than they would in other scenarios.

“Walking in the airport, at low speed, where you have the ability to switch direction without danger, it’s much lower stakes,” he explained. “We think that users will basically pull up the maps, find something of interest to them, they’re going to see the general direction, and almost shut their phone off and walk to that general direction, and when they get to a point of decision and intersection, they’ll open their phones again.”