Zero-fee, stock-trading app Robinhood is now on Android. The app launched on iOS late last year and has grown to “hundreds of thousands of customers” and made over $1 billion in trades on the platform, according to the startup.

Robinhood estimates it has already saved those on the iOS platform more than $22 million in ETF, or stock-trading fees. It would like to continue doing so with Android users.

Android smartphone users nearly tie with iOS in the U.S., but the OS is particularly popular with younger generations and middle America. While stock-trading apps are nothing new on the open-source operating system, Robinhood’s new offering is an opportunity to capitalize on those users who likely want something that combines online stock without the fees with a simple and easy-to-understand design. 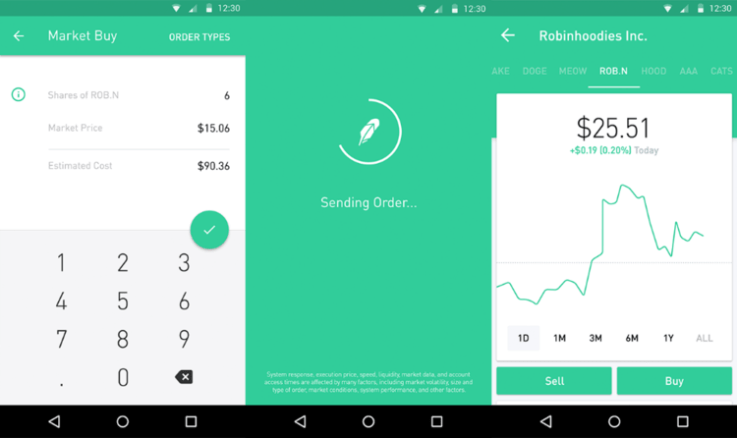 The Android app is similar in most ways to the iPhone version, with a few minor tweaks unique to each OS, such as Android Lollipop’s swipe-to-trade animations. It also includes the display of market hours and market moves on the Android version.

Something else new – you no longer have to sign up on a waiting list to gain access to the app. Anyone can download and create a profile in fewer than four minutes on either Android or iOS, according to the Robinhood website. You do need to be at least 18 years old and a U.S. citizen with a photo I.D. in order to sign up, though.

Check out TechCrunch’s review of the app for iPhone for more about how Robinhood works: