Google is now the largest subsidiary corporation of Alphabet, the newly established holding company that manages Google and all of the company’s side projects. But Alphabet’s website is abc.xyz because Alphabet.com is owned by Alphabet, a BMW-owned fleet management service. Even though only a few people had ever heard of BMW’s Alphabet before, the company clearly isn’t going to let all of this free publicity just sit there unconverted.

So today, BMW’s Alphabet had a little bit of fun with Google and posted its own version of the Google alphabet. The tagline: Because Alphabet is more than a name to us.

BMW could have come up with a funnier list, but then Alphabet is a fleet-management company. There’s only so much fun you can have with that.

BMW has made it pretty clear that it won’t relinquish the Alphabet.com name to Google. And unless Alphabet (the abc.xyz Alphabet, that is) decides to launch a car company under the Alphabet name, it’s probably okay from a trademark point of view.

Still, it’s amusing — and a bit bizarre — that Google/Alphabet decided on this name for its new holding company even though it couldn’t secure the most obvious domain name (or social media accounts, for that matter). 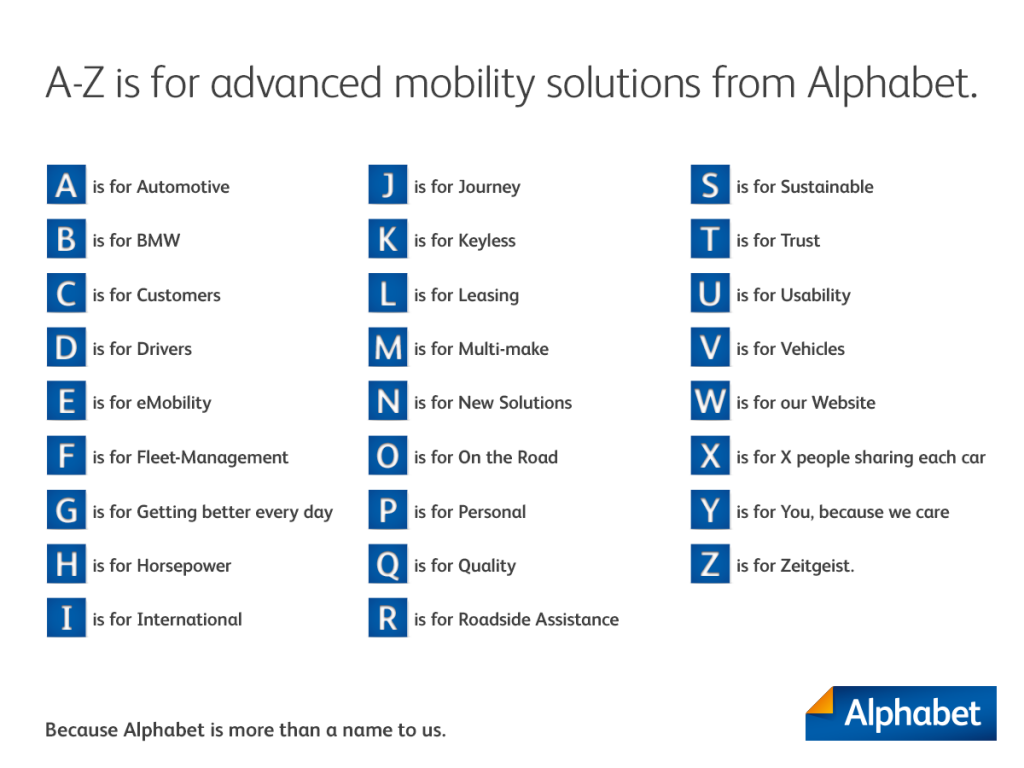