“We’re deleting everything in a week because we got acquired/ran out of money.” This is a familiar scene when a startup shuts down.

It’s why I’ve wondered if users deserve a “Data Portability Bill Of Rights.” Startups could sign it, pledging a way for users to access or export what they poured in if the company goes under. Those that signed it would get a badge signaling their commitment, which would instill confidence in users when they consider setting up accounts.

We don’t have any such Data Portability Bill Of Rights yet. Instead we see startups like Stitch shutting down instantly, even before their acquisition was announced. Or bitcoin service Buttercoin telling users they had just four days to move their money or else. Or content subscription service Tugboat Yards telling creators it would stop processing monthly payments to them less than a month after it was acquired by Facebook.

But luckily there are startups with the scruples to voluntarily do right by the people who supported them. Today, This Is My Jam is shutting down after letting people share their current favorite song since 2011. 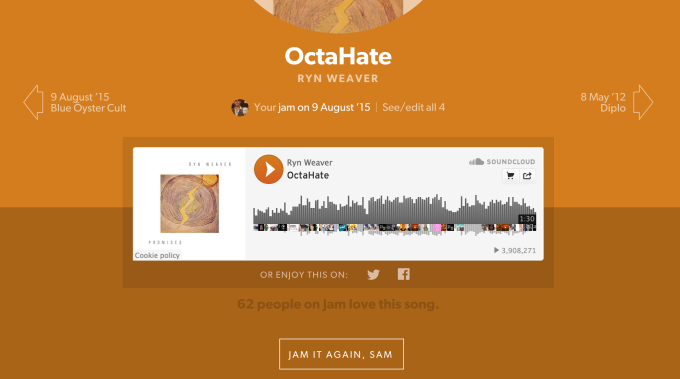 In a world of constantly churning social media opinions and recommendations, This Is My Jam let us say “If you only trust me for a moment this week, listen to this.” It had seen 2 million jams shared by 200,000 users. But while small, it’s still working overtime to serve those who granted it their attention.

Matthew Ogle and Hannah Donovan formed This Is My Jam within music data giant The Echo Nest. But in what could be considered poor timing, they spun it out just six months before The Echo Nest was acquired by Spotify.

Usage slowed as music streaming went from a fragmented mess of web embeds to unified, app-based streaming services. The fact that TIMJ was web-based without the resources to develop a full-on mobile experience doomed it to languish. Finally, the founders couldn’t keep up with code changes that services TIMJ depended on like YouTube, SoundCloud, Twitter, Facebook, The Hype Machine, The Echo Nest and Amazon.

And so, Ogle and Donovan are singing a swan song for This Is My Jam. He’s moved on to a product role in personalization and discovery at Spotify while she’s working as the product design lead for music patronage subscription service Drip. 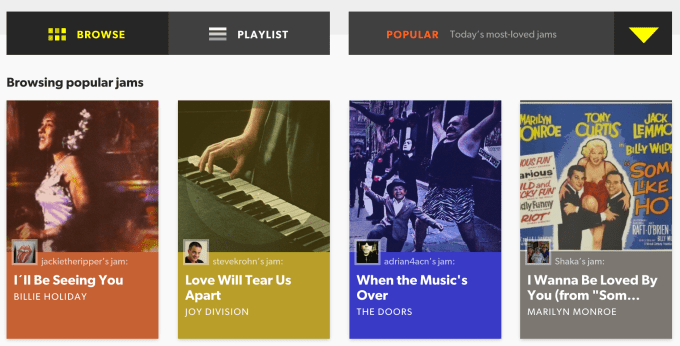 This Is My Jam was never technologically remarkable or destined to be a giant business. But people trusted it to house their most sincere endorsements of artistry. That’s why it’s so legit that the company will preserve what was shared on it.

Rather than pull the plug entirely, This Is My Jam will be archived into read-only mode in September. Users won’t be able to post any more, but they can listen to all the old jams on the site, or as Spotify playlists. This is more or less what I think should be expected of services that shut down. 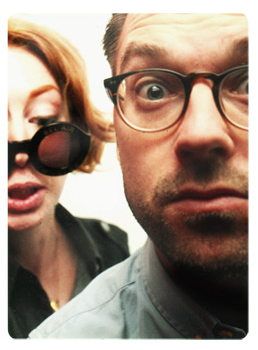 This Is My Jam’s founders

But This Is My Jam is going the extra mile to let users export their jams, likes, and more info as text lists and through the read-only API that will stay available. The founders are also open sourcing much of the service on GitHub in case you want to replace it yourself. You can opt out of having your info archived or even set up a cute yearbook-style quote and “Eternal Jam”

It can be tough to think about preserving the past when there’s so much work to be done on trying to build the future. Perhaps startups should use their final resources on one last attempt at success rather than a nicer funeral. But if developers don’t respect their users when they fail, it will eventually get harder to ask those people to volunteer their data and effort to make the next venture succeed.

When I asked the This Is My Jam team over Twitter why it put so much care into its shutdown, they replied:

“Jam’s been about slow, considerate sharing since the start — didn’t want to change that now. Giving back!”