The display is pretty slick, with 60fps PC gaming speeds and Nvidia’s quad-core Tegra 3 processing technology that is reminiscent of the Tesla Model S touchscreen control panel – boasting the same Nvidia Tegra chips. However, Audi’s virtual cockpit sits right in front of the driver instead of on the side and is on a super wide, 12.3 inch, 1440×540 pixel screen. 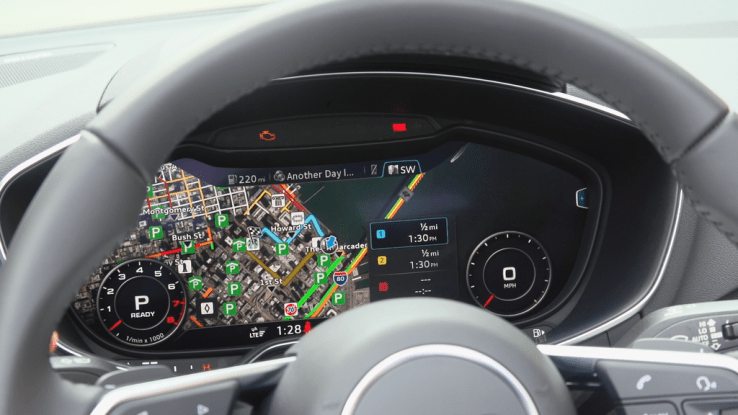 The interface is visible even in direct sunlight. Sharp 3D imagery with turn-by-turn navigation also comes in handy at night on dark, winding or unfamiliar roads.

The cockpit’s “classic” view includes the tachometer and speedometer on each side, with a section for mapping and infotainment in the center. Fuel, temperature and other important vehicle information run along the top and bottom of the display.

We recently spent an afternoon with the 2016 Audi TT system to check out the future of the car company’s virtual cockpit technology.