On-demand grocery delivery service Instacart has made its first acquisition since raising hundreds of millions in venture funding for its growing business. The company is “acqui-hiring” the team from NEA-backed Wedding Party, a mobile application that allowed wedding guests and friends to contribute their own photos and videos to a shared, digital album.

Terms of the deal were not disclosed, but half a dozen employees, the majority of which are engineers, are now joining Instacart, and focus on consumer-facing aspects to Instacart’s technology, as well as its shopper-facing app and preferred partner products, including the partner interface and catalogs.

The deal may be the first of several acqui-hires or acquisitions for Instacart going forward, as it turns out.

“While this is our first acquire…we will be looking for more teams to join us and build great experiences for our customers, our partners and our operations team,” noted Instacart’s VP of Communications, Andrea Saul.

There’s an interesting backstory to this acquisition as well, we hear. The company was first introduced to Wedding Party when one of Instacart’s founders, Brandon Leonardo, used it for his own wedding. Originally, Leonardo had been planning to code his own app to allow his friends and family to share photos at his wedding, but then met one of Wedding Party’s founders in person after spotting a Wedding Party sticker on a laptop computer.

Relieved he didn’t have to build his own app after all – it already existed – Leonardo became one of the first people to use Wedding Party in its early days. 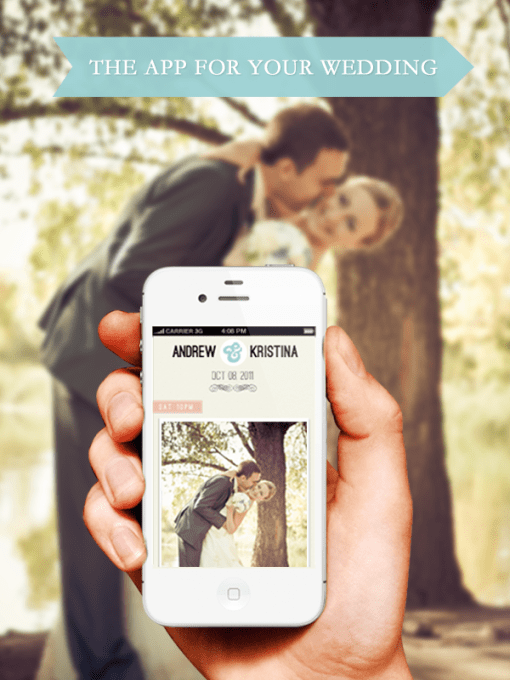 Since then, Wedding Party grew to reach over 600,000 couples and several million guests, but had come to the point where there was the opportunity to raise more money or consider some of the acquisition offers on the table.

“This was a very personal decision for our team,” says Wedding Party co-founder Himani Amoli. “We had some really good discussions with Brandon and the Instacart team. After a lot of reflection and discussion internally, we saw that there was a lot of alignment and enthusiasm for Instacart and ultimately decided it was the best opportunity for everyone involved.”

Despite being involved in different industries, there is some alignment between the two. Both, for example, focused on developing consumer-facing experiences, as well as working with partners – in Wedding Party’s case, that included working with merchants on services they could offer couples. In addition, Instacart notes that Wedding Party was also a “very data-driven” company which fits in well with its own culture.

“We built a lot of underlying technology to facilitate the business relationship between couples and vendors,” adds Amoli. “The experience our team has building these products will be valuable at Instacart because of some of the analogous products and problems that they are working on,” says Amoli.

Joining Instacart are Wedding Party founders Ajay Kamat, Himani Amoli, and Gordon McCreight, as well as three others from the overall eight-person team.

Meanwhile, the Wedding Party app is not being immediately shut down, Amoli says. Instead, it will continue to support the product for the “foreseeable future.”

As the on-demand market heats up, Instacart’s need for talent is increasing as well. The company is growing rapidly – it had 120 employees at the start of the year, for example, and now it has 275. It’s also providing service in 16 metro regions and is working with dozens of partners, including big names like Whole Foods and Costco.

But there are a growing number of competitors up against Instacart, too – often targeting markets Instacart has yet to capture – like Peapod in the northeast primarily, or Shipt in the south. Asked if Instacart would consider buying out companies that were already doing deliveries in markets it wanted to move into, it appears the answer, for now, is no.

While the company does have the goal of expanding beyond just the large metros, it’s also fairly confident that it can launch in new areas quickly.

“We really have the game plan down pat for how to go into new cities. We understand what it takes from a customer experience standpoint, from a logistics standpoint,” notes Saul. “If we were to go somewhere new, people wouldn’t be able to keep up with the infrastructure and the technology that we’ve built.”

The team from Wedding Party will be working out of Instacart’s San Francisco offices going forward.