Wait, no. What? Well here’s what happened:

Hank Green, a YouTube creator who creates quirky, iconically vloggy videos for a number of channels, wrote a pretty seething blog post yesterday titled “Theft, Lies, and Facebook Video,” in which he accused the service of using dishonest practices that stifled video creators and produced a pretty unsavory environment for creatives.

…there are a few things that make me wary, not of their ability to grow my business, but of whether they give a shit about creators, which is actually pretty important to me.

His argument centered on three points, namely that Facebook was routinely cheating, lying and stealing to maintain its upper hand in the online video streaming world, tactics that have led them to reportedly surpass YouTube and become the largest video-streaming service on the web.

“They cheat.” Green alleged (and supported with data) that Facebook had been significantly suppressing YouTube links in favor of emphasizing natively uploaded videos.

“They lie.” Autoplay ads can make stats on how many views your video got pretty inflated, Green asserted. With Facebook’s definition of a “view” being confined to any user that allows a video to play for three seconds (YouTube’s definition is generally 30 seconds, for comparison), Green said video creators are very likely to see an inflated number of viewers who may actually have barely seen their clip.

“They steal.” What Green said bothered him most was Facebook’s lackluster commitment to ensuring that copyrighted material was protected on the site. He pointed to a rather damning statistic that 725 of the top 1,000 most popular vides of Q1 2015 were re-uploads of content from other sources. Green further lambasts the company for not having any safeguards in place to protect video uploaders, and says that even if they are working on something it won’t be able to compare with YouTube’s Content ID system.

But even if they do have a system, it won’t function as well as Content ID. Content ID works so well largely because YouTube is good at monetizing content. So, instead of taking a video down, a copyright holder can claim the video and receive revenue from it.

Destin Sandlin, who runs the “Smarter Every Day” channel released a video on the topic after a video of his was ripped and re-uploaded by a subsidiary of Bauer Media Group and received 17 million views on their Facebook page.

Enter Matt Pakes, a Product Manager at Facebook, who responded on behalf of the company to Green’s post.

In response to the issue of stifling non-native video ads, Pakes acknowledged that the site did indeed prioritize videos uploaded natively, but that Facebook does so because auto-play simplifies the viewing experience of those who watch a ton of videos on the site.

Pakes also defended the manner in which Facebook defined a view.

If you have stayed on a video for at least three seconds, it signals to us that you are not simply scrolling through feed and you’ve shown intent to watch that video. However, we also provide detailed metrics and tools to help Pages better understand how people respond to their videos on Facebook.

Finally, he emphasized that Facebook did indeed “take intellectual property rights very seriously,” and that they were utilizing the Audible Magic content recognition system to identify videos that were infringing on copyright.

While this probably just seemed like a little exercise in public relations for Facebook, Green raised some seriously valid flaws in how Facebook treats those who create the video content that’s pushed out on the site. These are some things that they have to address, because honestly Facebook video’s influence is growing so rapidly that it can’t afford to slow down.

First off, Green’s point about Facebook emphasizing its native videos over YouTube’s videos is definitely the least important, and while it sucks for YouTube mainstays, it’s obvious that Facebook is looking to majorly build their online video presence so it’s kind of difficult to blame them for this.

Counting three seconds as a view on a video that already auto-plays is most certainly bullshit. 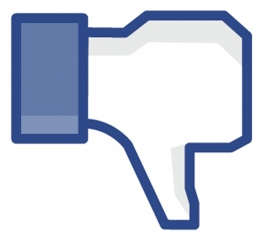 However, it is way easier to criticize them for giving such a light definition of a view, one that really is just arbitrarily inflating figures for Facebook without giving video creators any useful feedback. Pakes seems to attempt to minimize the importance of view count in his response, but it’s undoubtedly one of the most critical outward-facing metrics and a fairly universal measure of online video success.

Let’s be real, though. Counting three seconds as a view on a video that already auto-plays is most certainly bullshit. It generally takes a second or two for me to even process what’s happening on the newsfeed because auto-playing videos still feel fairly invasive. Any preset number of seconds that they pick isn’t going to be perfect, but right now they’re pushing the bounds of reasonable analytics.

These points are all nit-picky when compared to the blaring failure that is Facebook’s efforts to protect intellectual property in their videos. Green fairly references the struggles that YouTube had in protecting content producers in the early days of the service, but make no mistake about it, the Facebook of 2015 should be held to way higher standards than the YouTube of 2007. Audible Magic is clearly not exercising the same results as YouTube’s Content ID and this is where Green’s criticisms are most valid.

Pakes said Facebook is “exploring further solutions,” to better protect IP owners’ rights but that probably would’ve been a good thing to nail down before they launched features like auto-play that were clearly going to increase their video views exponentially.

In the end, it’s clear Facebook video is successful at racking up views (whatever that means), but it’s also apparent that the company’s mantra of “move fast and break things” is going to end up pissing off a lot of the video creators that they’ll likely soon be relying on to grow their service further.