If history is written by the victors, government surveillance agencies will have an awfully long list of sources to cite.

Domestic digital surveillance has often seemed to be a threat endured mostly by the social media generation, but details have continued to emerge that remind us of decades of sophisticated, automated spying from the NSA and others.

Before the government was peering through our webcams, tracking our steps through GPS, feeling every keystroke we typed and listening and watching as we built up complex datasets of our entire personhood online, there was still rudimentary data to be collected. Over the last fifty years, Project ECHELON has given the UK and United States (as well as other members of the Five Eyes) the capacity to track enemies and allies alike within and outside their states. The scope has evolved in that time period from keyword lifts in intercepted faxes to its current all-encompassing data harvesting. 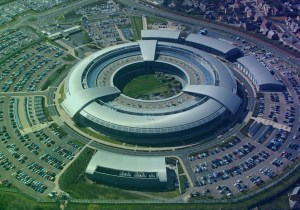 Until Snowden placed the full capacities of the NSA and other government spying agencies in plain sight, ECHELON was largely just another codename in the conspiracy-theorist’s notebook.

Campbell made the first references to the program in his 1988 piece, titled Somebody’s Listening, where he detailed a program capable of tapping into “a billion calls a year in the UK alone.”

Campbell described his conversations with a source, preceding that piece’s publication.

The scale of the operation she described took my breath away (this was 1988, remember). The NSA and its partners had arranged for everything we communicated to be grabbed and potentially analyzed.

The program reportedly utilized massive ground-based radio antennas to intercept satellite transmissions containing the digital communications of millions. It then relied on its content-sensitive dictionaries of keywords and phrases to scour the communications for relevant information.

In February of 2000, 60 Minutes published a report detailing the existence and scope of ECHELON. Mike Frost, a former spy for Canada’s NSA-equivalent, CSE, told the host just how large the program’s reach really was, “Echelon covers everything that’s radiated worldwide at any given instant.”

Frost also recounted a tale of how exactly the program was being used.

While I was at CSE, a classic example: A lady had been to a school play the night before, and her son was in the school play and she thought he did a–a lousy job. Next morning, she was talking on the telephone to her friend, and she said to her friend something like this, ‘Oh, Danny really bombed last night,’ just like that. The computer spit that conversation out. The analyst that was looking at it was not too sure about what the conversation w–was referring to, so erring on the side of caution, he listed that lady and her phone number in the database as a possible terrorist.

Details of ECHELON outraged Europeans in the months following the reports from Campbell and 60 Minutes. In the summer of 2000, European Parliament appointed a special ad-hoc committee to spend a year investigating ECHELON, with some arguing that by spying on European communications, the U.S. was breaching the European Convention on Human Rights. Little materialized from the committee, other than a vote recognizing the program’s mere existence. 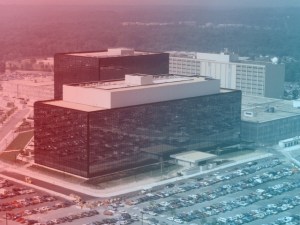 Following the 2005 discovery that the Bush Administration had been tapping Americans’ phones without warrants, some speculatively pointed to ECHELON as a tool that the government may have been using.

Since then, the program has largely been presented to the public only through posts on government surveillance/conspiracy forums with limited references in declassified documents to guide those questioning the program’s full potential.

It has largely faded from public consciousness, especially as details of its far more powerful offspring have been exposed, but it’s important to frame automated government surveillance as an issue of our lifetimes rather than short-sightedly confining its influence to the advent of the mainstream internet.

It is now abundantly clear, thanks to internal documents leaked by Snowden, that the program exists, but what is unclear is what that means. PRISM and XKeyscore certainly represent a more shocking invasion of the information we have digitally presented, but ECHELON shows us that the privacy of our communications have indeed always been under attack.

These instances of government surveillance have been justified by decades of disparate “threats” under multiple administrations that have repeatedly made promises to “prioritize privacy without compromising security,” while we all have been led by the current narratives.

As the broken record continues to play, further examining ECHELON suggests the importance of looking to the past to remember what sounds familiar.