Despite the surge of innovation in solar storage and panel technology, Oolu founder Daniel Rosa says that many people living in rural areas of West Africa still walk miles to the nearest city to charge their cellphones and purchase kerosene for lanterns.

According to Rosa, the average rural family spends around $20 per month on energy-related costs. Considering that Senegal’s GDP per capita was just over $1,000 in 2012, this is a huge expense for many families.

Oolu’s in-home solar system is composed of three adjustable lights and two USB plugs, powered by a battery that holds a charge for up to six hours with maximum output.

For a low monthly fee, Oolu will install the system and perform all necessary maintenance, including free battery replacements and system upgrades. 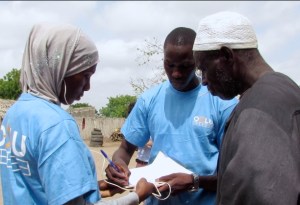 The company is not disclosing its exact prices (and it anticipates the cost to differ slightly by region), but Rosa says that Oolu has been able to save families an average of 60 percent on total energy spending.

“These communities are, by and large, farmers of cash crops,” says Rosa. “The average Senegalese family is very large — the average household size is ten people — so each family has several cellphones that they need to charge twice a week.”

Oolu’s innovation isn’t the technology behind the solar products that they’re dispensing. The systems are produced by a large manufacturer, and similar products are already being used in areas of East Africa.

Instead, the company’s true feat is setting up a distribution model and payment infrastructure that West African families and community leaders are comfortable with. Oolu has partnered with Orange Money, a Senegalese money transfer company, so that customers can pay the monthly subscription fee from their mobile phones.

“We’re working with Orange Money to bring not only solar, but also mobile payments and mobile banking to millions of rural people,” says Rosa. “People talk about a solar revolution, but really it’s a solar mobile revolution.”

Prior to starting Oolu, Rosa’s co-founder Nilmi Senaratna worked with children in a rural region of Senegal through the Canadian International Development Agency.

“We were tutoring these kids at night, using flashlights and very bad quality lanterns and candles to study,” Senaratna says. “We would even use the dim light of a cellphone to study at night.”

Senaratna began thinking about ways to bring modern technology to communities that are very hesitant to trust outsiders. That’s why the company’s name, “Oolu,” is a word in the local language Wolof that translates to “trust.”

“Rural people are very used to being let down because so many organizations come in and promise wonderful things and then they don’t deliver,” says Senaratna. “Our name speaks to the fact that we’re holding ourselves to a very high standard; when we say we’ll be back with enough systems for your whole community in a week, we do that.” 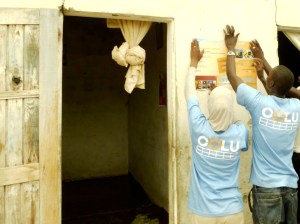 Oolu has employed a team of 10 people, working on the ground in Senegal, to communicate with clients in-person and aid in the installation of systems.

After a year-long pilot, the company has signed up 500 clients in Senegal. Rosa and Senaratna say they expect to reach 1500 clients by the end of the summer, and they’re planning to launch in another French-speaking West African country in the near future.

And in-home solar systems are just the beginning. Oolu plans to eventually offer a variety of products, from agricultural technology to consumer electronics, to rural West African families using its combination of mobile payments and on-the-ground community support infrastructure.

“The reason why we got into this business in the first place was to work with rural communities to find ways to provide them the technology they really need,” says Rosa. “It’s not just about solar, we really hope to impact these communities beyond that by bringing modern services to rural people.”