One of the most intense experiences you’ll ever have is visiting a country that speaks a language different than yours. There’s a host of tools you can use, but Google’s Translate product has leapfrogged just about everything out there over the years.

Its most handy, and impressive, tool is the six-month-old instant translation feature, using the goodies from the acquired Word Lens, that lets you point your camera at something written in another language, say a sign, and it’ll translate into your language with ridiculous accuracy in almost real-time.

Google’s secret for the speed of instant translations, is its use of convolutional neural networks. It’s pretty rad stuff, and the explanation by Otavio Good, software engineer for Google Translate, is worth the full geeky read.

With some additional tweaks, voice translations are also available much faster, especially for those in spots with 3G or slower speeds.

With tools like these, I wondered if translation tools cause us to rely on the technology without actually learning the language. I liken it to GPS, which has not helped me with learning locations, but has just made me rely on…GPS.

I spoke to Julie Cattiau, product manager at Google Translate, yesterday about the Translate project as a whole, and asked specifically about Translate as an aid, rather than a replacement: 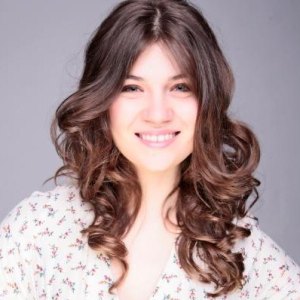 TC: Tell me more about how people use Google Translate to actually learn a new language, and not just survive in a pinch?
JC: Translate is not a replacement for a language-learning course; it’s not going to teach you a language from scratch or all of the intricacies involved in learning a language. But with that said, we do hear from a lot of students and individuals learning languages who use Google translate as an assistant. It can help by suggesting translations for unfamiliar words or even help with pronunciation via text-to-speech. And recently, based on user feedback, we launched a new feature that allows our users to listen to translated words more slowly.

TC: Does the Translate team drive toward one certain goal or have its own mission? If so, what is that?
JC: Our mission is to help overcome language barriers. Whenever someone faces an obstacle due to encountering a second language, we want to be there to help solve the problem. Within that mission, our most important project is improving the quality of machine translation. But part of that is also the overall user experience, which is why we also invest in things like instant camera translation and multi-language conversation.

TC: Can you tell me more about the people on the Translate team, or touch the Translate product at Google?
JC: While we don’t break down the exact roles or number of team members, we can say that our team is very international. We have team members from Japan, China, Romania, Italy, France, Russia – and that’s just to name a few.

TC: What are your favorite parts about working on the Translate product?
JC: Personally, I really enjoy reading and hearing user stories around how we were able to improve their lives by enabling them to connect with other people — whether it’s someone successfully ordering off of a foreign menu, a couple getting married who didn’t speak each other’s languages, or a life being saved because an emergency responder could communicate with someone.

TC: Have any stories to share about why you’re so passionate about Translate?
JC: This is one of my favorite parts of the job! Here are some of the stories that have stuck with me:
There was a Congolese woman who only spoke Swahili and was able to deliver a baby in Ireland thanks to Google Translate.

We also had an Indian couple share their story. When they got married, they actually didn’t speak each others’ language and were able to communicate thanks to Google Translate (they even sent us a picture of the wedding!).

And the Translate app has also helped friends of mine – a Czech friend whose father was seriously ill in hospital was able to have a conversation in Czech / English with her boyfriend thanks to Google Translate.
———-

Translate is an example of a tool that “just works,” but when you find out how, it pretty much blows your mind.