French hardware and IoT startup Smiirl hit on pretty early the concept of a mechanical Internet of Things-styled ‘Like’ counter for Facebook that bridges the digital and physical worlds. The idea was to enable businesses to proudly display their ‘social proof’ in shop windows and on office walls, or anywhere else where the device would catch the eye of customers, partners or employees.

Now, two years on, the company has closed a modest €400,000 seed round to help it bring new products to market with the addition of Twitter and Instagram counters in the same vien as Smiirl’s original Facebook version. The young startup has also learned more than a few lessons along the way.

“After launching our successful ‘self-starter’ campaign two years ago around the idea of bringing together the physical and digital identities of businesses, the company stayed in stealth mode while learning the realities of building a new product from scratch. The goal was to learn hardware and ship products, something complicated when you’re only a 3 person team,” co-founder and CEO Gauthier Nadaud tells me.

This included setting up a small production run in France that allowed Smiirl to ship more than 1,500 of the first Smiirl Counter for Facebook. Since then, and now that the startup has investment, it has switched to a more mass production process, with version 2 being manufactured in Asia.

That is also enabling Smiirl to switch from a direct sales model to building out a reseller network that will help evangelise its products and persuade small businesses to get in on the IoT action.

“A lot of contacts have been made during these years, from big brands to a wide variety of businesses, shops, restaurants, spas, and even churches, reaching a target way more diversified than previously expected,” says Nadaud.

“We also went to San Francisco [via the Blackbox.vc program] to discover the Valley and present the products to the teams at Facebook (who previously bought our counters for various locations), Google and other potential partners to show them how we want to improve the way small businesses connect with their customers.” 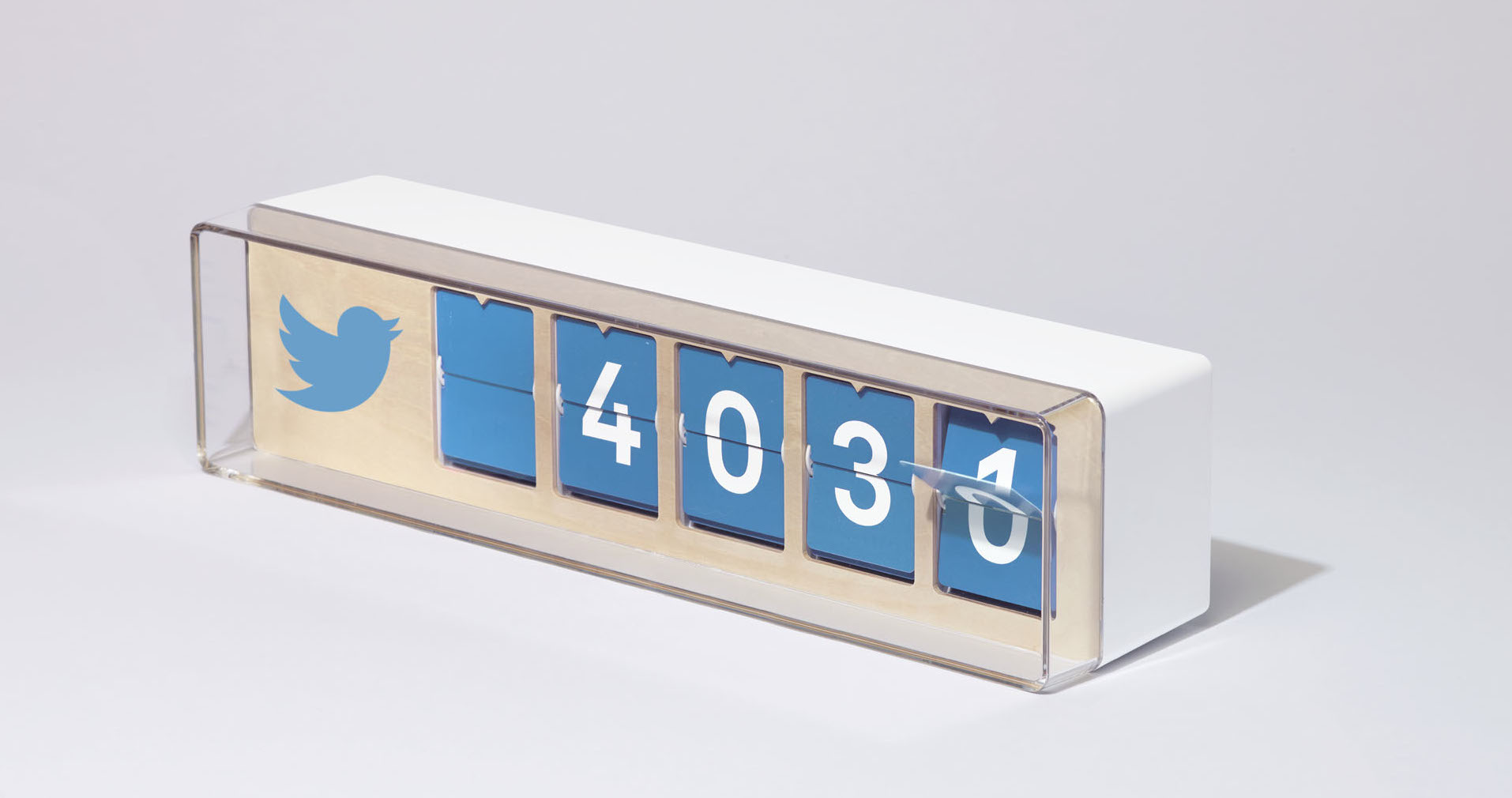 The company’s seed round should also allow more versions of the counter to become reality. In addition to the introduction of Twitter and Instagram, which are offered in 5 and 6 digit versions, Smiirl plans to build bigger versions and introduce a custom counter, which can be personalized and connected to any online data.

Nadaud says the latter has been a much-requested product from startups and marketing departments the world over, and that Smiirl is currently working on a number of other products to make businesses “more connected to their communities, and improve local awareness and loyalty’

“All these projects are still in prototype mode but the team gained incredible know-how in conceiving a product, bringing it to market and shipping it all over the world, so we expect to have something completely new to showcase at the next CES,” he adds.