Tomorrowland, the annual music festival in Belgium that draws over 400,000 people from 200 different countries, has partnered with Live Media Group to stream this weekend’s concert via a native app and desktop platform.

Nowlive, the technology powering the stream, lets users switch between different views from around the festival, or watch them all at once in grid views.

The service also has a social media component, letting users connect social channels so they can view tweets and posts without leaving the stream. 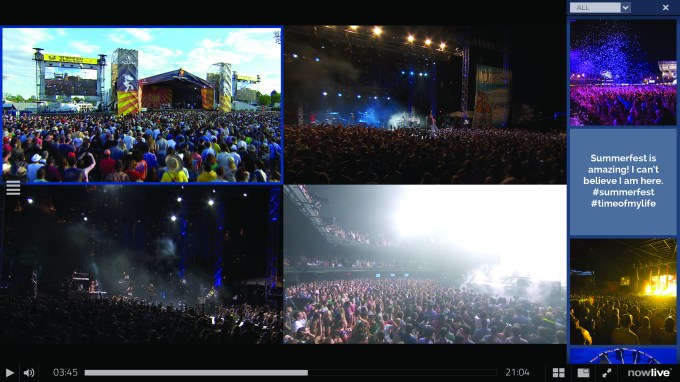 Live Media Group told TechCrunch that last year “millions of viewers” tuned in to watch Tomorrowland, and with this year’s festival even bigger, that number is expected to grow.

Based in LA, the company has handled live streaming for other big events like the Grammys and Oscars, and says they have streamed over 800 shows or concerts so far.

Interestingly, the company always handles the entire streaming operation themselves. This means they provide everything from mobile studio trucks to cameras and a crew. Some of their work is done via a white labeled solution, like when they helped stream Yahoo’s 365 days of concerts series.

The Tomorrowland Live app can be downloaded now on the iOS App Store, or on Google Play.