Sysomos, the social analytics company that recently split from its former acquirer Marketwire, today announced that it has acquired Expion, an enterprise social marketing platform that counts the likes of CocaCola, Heineken, Volvo and other major brands among its customers.

Sysomos CEO Lindsay Sparks, who took the job after the company’s split from Marketwire, told me that the company plans to integrate Expion’s services into the overall Sysomos platform. He argues that most brands today still use a variety of different services to learn about their customers and interact with them on social media. With the Expion acquisition, Sysomos plans to give its users a full-service solution that can make the analytics it generates actionable — and allows its users to take action right on its platform.

The core of Expion’s platform doesn’t look all that different from a service like Hootsuite combined with a platform like Percolate. Sysomos bets that it can combine these with its own data analytics product to create a more attractive platform for brands. 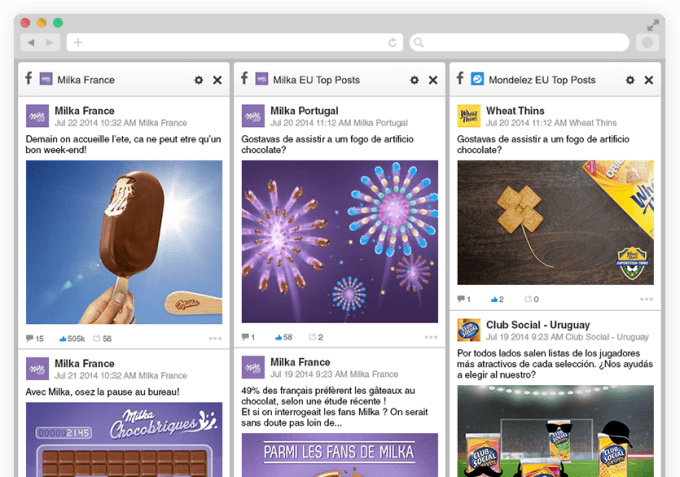 When Spark talked to Sysomos’ customers after he became CEO, the overall opinion was that the social media analytics space showed a lot of promise but hadn’t been fully realized yet. “Today, you have data and listening and monitoring and community,” he said. “But you have to tie them together to create a real end-to-end value proposition.” Until now, Sysomos mostly focused on the data analysis side of the business, but its publishing features were rudimentary at best.

Expion currently has about 125 customers. While that’s not a huge number, virtually all of them are major enterprises. Sysomos itself has closer to 1,500 companies with a total of 15,000 marketers on its platform.

Sparks tells me that Sysomos was also interested in Expion because of that company’s international footprint. The company has offices in Singapore and Shanghai and Sysomos is looking at Asia as a focus area for its international expansion. Expion also offers deep integrations with Chinese platforms WeChat and Weibo.

Sysomos pulls in massive amounts of data from Twitter, Facebook, Instagram, YouTube and other networks (Spark noted that video and photo content also now represents an ever growing percentage of the data it is looking at). To do this, it has built its own infrastructure, which Expion’s customers will also soon get to benefit from (Sysomos is one of the few companies with access to Twitter’s firehose feed).

As Sparks stressed, Sysomos is a data science company at its core. He plans to capitalize on the company’s head start in this area and double its headcount by the end of the year (to about 500).