Karma, the portable Wi-Fi hotspot offering a contract-free, pay-as-you-go service and the ability to earn free data by sharing your connection with others, has now started shipping its latest devices to pre-order customers. The company says that some of its earliest customers began receiving their hotspots as of Monday, while remaining customers will see theirs arrive within 45 days.

Currently, Karma is shipping out a few hundred devices per day but is planning to scale that up to one thousand or so in the future.

Karma has been around for a few years now and was backed by $3.6 million in outside funding, according to CrunchBase. Originally, the concept was to offer consumers a small, portable Wi-Fi hotspot that could be used whenever you needed connectivity. Some of Karma’s older devices ran on Clearwire’s data network (aka Sprint’s 4G WiMAX network), but, this past fall, the company announced a new, LTE-powered Wi-Fi hotspot that runs on Sprint’s Nationwide 4G LTE network, with fallback to 3G CDMA.

Karma sold these devices on pre-order for $99, though it said it planned to eventually retail them for $149 (which it did beginning in April). 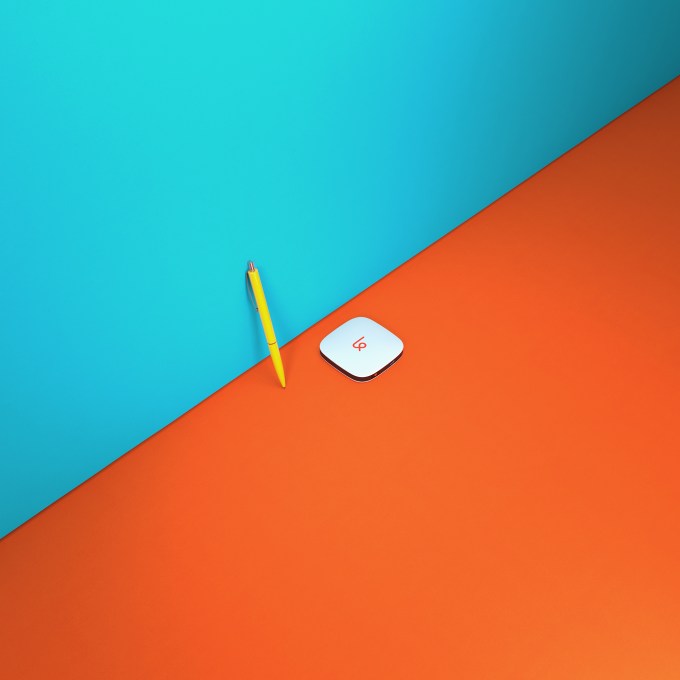 Instead of paying for Karma on a monthly or subscription basis, device owners instead buy data as they go at $14 per GB. There are also discounts for buying in bulk. For instance, if you buy 10 GBs, the price comes down to $9.90 per GB.

What’s clever about Karma’s business model, however, is not just its contract-free data plan, but how it incentivizes Karma users to share their connection with others. That is, when a Karma hotspot is powered on, it broadcasts a signal that others can connect to. They’re then prompted to log in with their own Karma account or create a new one. After doing so, both the sharer and recipient (presuming they’re new to Karma), earn 100 MB of free data as a reward. The idea here is that users are helping grow the Karma community, so they should receive a benefit.

The device itself is very easy to use. You simply press a button to power it on, and rings on the side flash white to indicate it’s connected. The first time you use the device, you “claim” it as your own by connecting to the Karma Wi-Fi hotspot and then logging in with your Karma username and password (the same one you used to order).

On the accompanying mobile app, you can add more data, check your signal and battery life, track your data usage in real-time, and see who you’re sharing your connection with.

The device will automatically go to sleep if the Wi-Fi connection hasn’t been used for a while, but you can also put it to sleep manually by pressing and holding the power button.

It’s easy to blow through the small amounts of free data (100 MB) you earn by referrals, so those who are planning to use this as their primary Wi-Fi hotspot will likely end up paying for data.

The device will compete with those sold by mobile operators themselves, but it appeals to a different type of customer. Because there’s no contract, and the data you buy never expires, it makes Karma Go handy for the occasional business traveler, vacation-goer, or anyone else who doesn’t regularly need a hotspot connection.