GRANA wants to fill closets all over the world with affordable, high-quality wardrobe staples in a rainbow of colors. The e-commerce startup just raised $1.5 million from investors including Golden Gate Ventures.

Along with an earlier seed round from luxury retailer Bluebell Group, this brings GRANA’s total venture capital funding so far to $2.5 million.

Based in Hong Kong, GRANA ships clothing basics like T-shirts, tanks, and jeans around the world and is able to keep prices low (from $15 for a T-shirt to $39 for a pair of men’s jeans) because it works directly with fabric mills, manufacturers, and logistics providers.

GRANA will use its latest funding to triple its range of styles, expand online marketing to more countries, and open more pop-up stores where shoppers can try on and order clothing, an offline-to-online retailing strategy inspired by other fashion startups like Warby Parker and Bonobos.

Jeans and tank tops might seem like a dramatic departure from electric vehicles, but Grana wanted to focus on the fashion industry next because “there is a lot of inefficiency,” he tells TechCrunch. “Products are poor quality, markups are high, and fabric quality is really poor.”

While visiting his brother in Peru, Grana learned about pima cotton, which has extra-long fibers and is valued for its softness and strength. Once he was back in Australia, Grana began planning a business that would sell clothing made from pima cotton and other premium fibers at affordable prices. Since he had no experience in the fashion industry, Grana took retail jobs at Zara and French Connection to learn about fabrics, price points, and what styles customers want.

Originally from Sydney, Australia, Grana considered basing his new company in the U.S. or Singapore, but decided on Hong Kong because it is a free port, which means customs are not levied on import goods. Textile mills and clothing factories all over Asia have offices in Hong Kong and the city is also the third biggest logistics hub in the world, so GRANA was able to negotiate low global shipping rates with DHL. 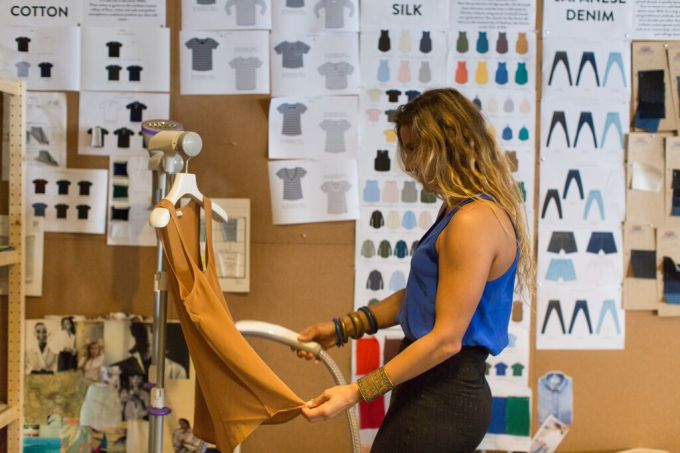 It launched with an initial inventory of T-shirts in April 2014 before adding more styles for women and men. Now it ships to eight countries (most customers are in Hong Kong, Singapore, Australia and the U.S.), and plans to add more markets in 2016 and 2017.

Co-founder and head of operations Pieter Paul Wittgen says that at its core, GRANA is a logistics business. The company’s tech platform is integrated directly with DHL’s e-commerce system and orders are picked up from GRANA’s warehouse three times a day.

GRANA works directly with textile mills and manufacturers, so it gets good deals on fabrics like cashmere from Mongolia, denim manufactured in Japan, and silk made in Huzhou, China. The company’s streamlined supply chain also means it is able to monitor working conditions at its mills and factories. Wittgen and Grana say that their target demographic can afford to shop at luxury brands, but look for basics at GRANA so they can buy them in multiple colors.

GRANA now has 17 employees who work in its warehouse and another 10 operating in its five pop up stores in Asia. The stores, which carry no inventory but allow shoppers to try on GRANA’s entire selection, are key to building brand recognition and loyalty, and a permanent showroom is planned for Hong Kong.

“Once they come into a shop and make a purchase, customers will reorder and share our site with friends. It’s great customer acquisition for us,” says Grana. The company claims that a third of its revenue this month came from returning shoppers. 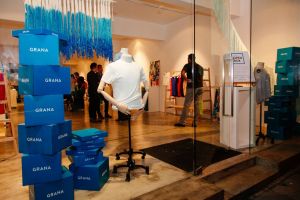 GRANA’s pop-up stores allow it compete directly with traditional brick-and-mortar retailers like Uniqlo, which also sells basic clothing in an array of colors and quality fabrics. GRANA’s key advantages are its low overhead and ability to quickly shift inventory based on customer demand.

GRANA will launch a new site next month that will integrate social media networks like Instagram, so customers can tag outfit photos and show how they are styling the brand’s pieces. By the end of this year, it will increase its catalogue of styles significantly, adding French poplin and Irish linen shirts, sweaters made out of Mongolian cashmere and merino wool, new styles of denim jeans, twill chinos, socks, underwear, and sportswear.

“We excel online and that’s where the focus is. The current reports we are reading say the global clothing industry is worth $1.8 trillion per annum, but online sales only make up five percent of that,” says Grana. “By 2030, however, that will reach 30 percent, so there is a lot of growth in the online space. We have a strong, growing tech team with a warehouse in Hong Kong. We’re optimized for global shipping and want to be the best for what we do in online retailing.”