Ebay is expanding its investment in eBay Valet, its assisted selling service which connects consumers with merchants who will sell items on their behalf for a split of the proceeds, with the acquisition of online clothing resale store Twice. With the deal, eBay says it will gain access to Twice’s technology and customer list, and it will be making offers to 10 members of Twice’s team. Twice’s co-founders Calvin Young and Noah Ready-Campbell have confirmed they’re joining eBay following the acquisition’s close.

Terms of the deal were not disclosed, but Twice had raised $23 million in outside funding to date from Jeff Jordan at Andreessen Horowitz, Felicis Ventures, Great Oaks, Lerer Hippeau and others. (Disclosure: CrunchFund, which was founded by TechCrunch’s founder, invested in Twice’s Series A). Investors are said to be pleased with the deal’s terms, even if it’s not a huge exit.

The news of the acquisition is timed strategically, of course – today is the first day that eBay and PayPal began trading as separate companies, following their split. Ebay earlier reported better-than-expected Q2 earnings ahead of PayPal’s spinoff, after taking into account the sale of its eBay Enterprise business. The eBay Marketplaces business didn’t fare as well in Q2 – its gross merchandise value declined 2 percent, though this was largely attributed to currency exchange rates.

How Twice Will Help Ebay Valet

For a long time, eBay has been trying to figure out how to convert its 150 million-plus buyers into sellers, and that’s where eBay Valet comes in. The service, available online and as a mobile app, allows customers to print a shipping label in order to send in their merchandise to eBay to have it sold for them. They can also drop off merchandise at select locations. 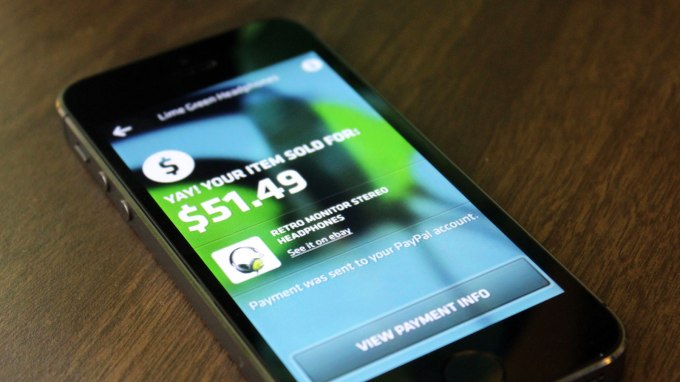 The idea is to encourage those who would otherwise find selling on eBay a hassle unload items like electronics, collectibles, sporting goods, and more, including, more recently, clothing. The company today has partnered with two processing centers where items are unpacked, photographed, and listed for sale. When the sales are finalized, the item’s original owner gets to share in the proceeds.

To date, eBay says over 100K customers have tried the eBay Valet service, and 70 percent are new, lapsed or previously unsuccessful sellers. Thirty to 40 percent of Valet orders are repeat customers, which indicates these customers often find the service makes sense as an easier way to sell on eBay. 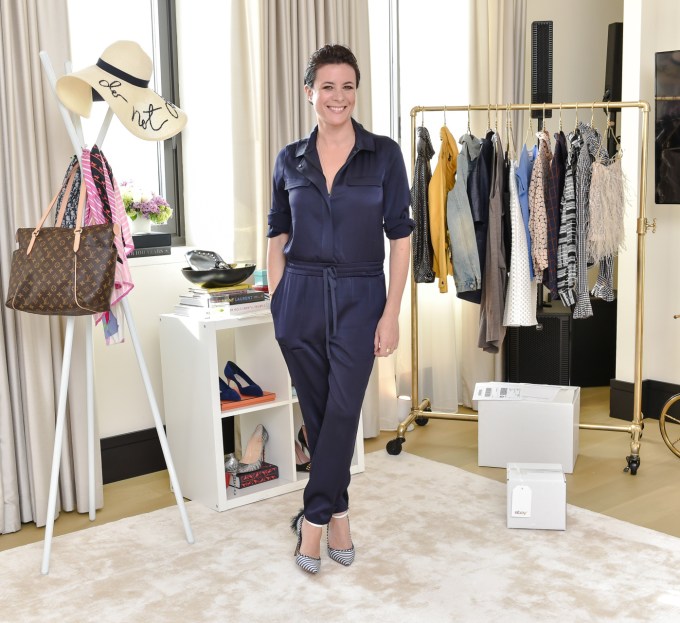 However, with eBay Valet, the company is taking on the new and unfamiliar role of playing middleman — and that’s where Twice comes in. According to Jordan Sweetnam, VP of Seller Experiences at eBay Marketplaces, Twice had a head start in this space and its tech and expertise can now help eBay.

“The journey that they’re on was very similar to that we’re on,” says Sweetnam. “We know a lot about first-party selling on our platform, but being in the middle of processing – receiving items, taking photos, doing offers, picking, packing and fulfillment – we’re very much learning…and we can learn from [Twice].” In addition, Twice’s team and tech will help eBay expand its Valet service beyond the categories it supports today, he adds.

Consumers know Twice as a website and mobile app where they can buy or sell their clothing and accessories, but co-founder Noah Ready-Campbell says that’s just “the tip of the iceberg.”

The bulk of its engineering work involves its own proprietary ops management software suite called Vulcan. This software, which is installed on hundreds of devices in Twice’s warehouse, helps Twice process the clothing and other items it receives.

The companies won’t discuss in detail what Vulcan as a whole provides, but one aspect involves being able to retouch photographs without human photo editors being involved. 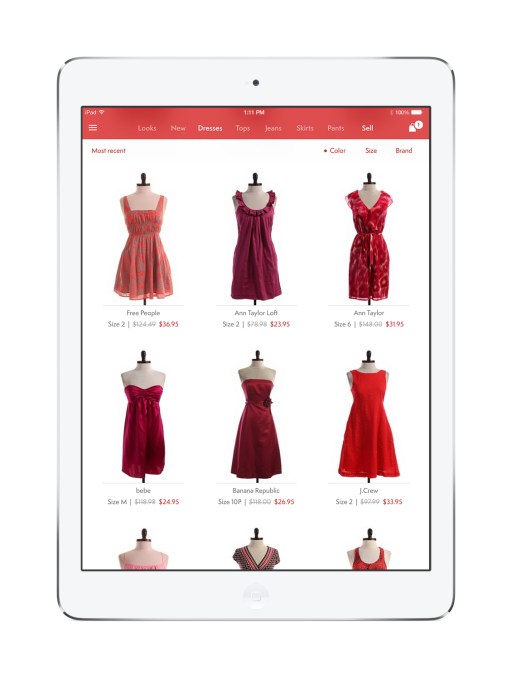 “Photos are extremely important for selling online, and its one of the ways assisted selling can be easier for first-time sellers on eBay’s platform,” notes Ready-Campbell. “We handle all the photography and all the photo retouching is handled algorithmically,” he says. That means Twice, and now eBay, not only can decrease processing times on new orders, it can also automate online listings even with a very small team.

Following the integration of Twice’s tech and team with eBay, the company also plans to expand eBay Valet’s feature set based on other learnings from Twice, including making “instant offers” on items so sellers don’t have to wait for sales to finalize before getting cash for their items. Ebay previously pilot tested this with customers reselling their iPhones.

Twice is announcing its acquisition to its own staff at 10 AM PT and says that those who aren’t being given offers to join eBay will be given fair severance deals. The company had 40 full-time personnel and 200 part-time staff, who helped it process millions of items of clothing for hundreds of thousands of customers to date.

Twice’s team joining eBay will work out of eBay’s headquarters and its office in San Francisco. Twice’s consumer-facing website and apps, meanwhile, will close by month-end, following an inventory-clearing sale and returns of unsold merchandise to the original owners.