My colleague Jon Russell pointed out that Twitter might be missing the boat on charging for cool emoji packs like messaging service Line and others do. 🚧

Twitter is missing a trick not selling premium emojis

I’m not sure that charging users is the way to go, Twitter should and might one day charge partners for the creation of custom emojis to fit around events like movie releases and the like. Thus far, Twitter’s media strategy team has been doing just that, with some of the latest custom emojis being a celebration of the new Star Wars movie. Honestly, Disney should have paid Twitter for these. 🚀

Emojis fit perfectly on Twitter, where you only have 140 characters to express yourself at a time. I mean, the “emoji battle” that went down between NBA players a few weeks ago drove so much engagement on the site and fans were loving watching the tweets and emojis fly. 📝

I spoke to Andrew Fitzgerald from Twitter’s Media Strategy and Operations team about the company’s emoji strategy (yes, that’s a thing): 🐦

TC: Can you give us some background about Twitter emojis, how did they come about?:
AF: The idea of Twitter emojis actually originated during the 2010 World Cup when one of our engineers came up with the concept. It was developed further during the 2014 World Cup when they were called hashflags. Now, Twitter emojis are a part of our ongoing efforts to make Twitter a fun, interactive place for users to express themselves. Just as we integrated native video into the product and have acquired Periscope, we feel like the Twitter emoji adds a new dimension to our content experiences by encouraging users to broadcast their enthusiasm for an event or moment in a visual way. Twitter emojis are all about the now – meaning we’ve tied them to major cultural moments that are unfolding live on Twitter. They happen in the moment and then go away, which gives users that real time, in-the-moment feeling that’s so distinct to Twitter.

TC: Do partners pay to create and deploy these custom emojis (Like Disney/Lucasfilm for Star Wars)?
AF: This is something we developed to delight our users and celebrate the moments that are happening in the world right now. Partners don’t pay to deploy them.

TC: Will this ever be a self-service thing that brands can submit their own emoji for approval? What is the future of the platform?
AF: We want to ensure that each emoji appeals to a broad audience and provides unique, compelling content to the platform. Our goal is to align emojis with events and moments that are happening right now on Twitter. Twitter emojis around real-time events offer something fun and unexpected for Twitter users, and we want to continue down that path.

TC: What are some of the most successful emojis?
AF: We don’t have data to share, but we’re happy with how things have gone. We’ve rolled out emojis around the release of the new Star Wars trailer, the Women’s World Cup, UK Election, Ramadan, Copa America in Latin America and other moments. These events already have such significant reach on Twitter, and emojis have helped amplify them and get users excited.

TC: How do emojis get greenlit? Who is involved in the process?
AF: We want to continue to make the Twitter emoji experience fun for our users. Therefore we aim to amplify only the events and moments that have global relevance. Twitter emojis are a collaborative effort between our media partnerships, product, design and engineering teams.

It’s a smart program they have going on. Everyone on Twitter is familiar with hashtags, so deploying new emojis that are triggered by them is quit simple for everyone to pick up on. There’s a lot of room to expand this, obviously, but I personally think it could turn into a huge business for Twitter. Sure, they’re a cute way to lure partners in with extra native “advertising” at the moment, but this is pretty much a damn powerful “ad unit.” 🔓 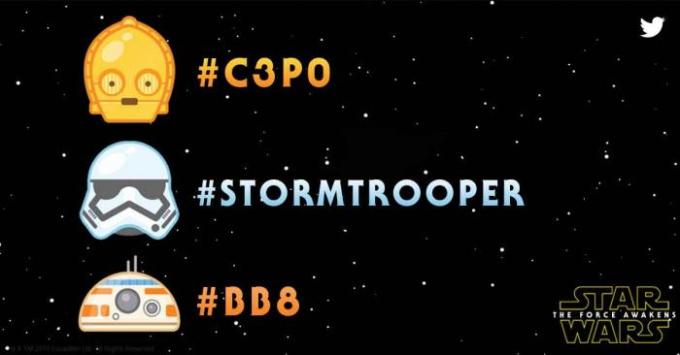 Every dollar counts, especially to investors.