While on-demand startups have made it easy to get your food delivered or clothes washed, there has yet to be a company that lets you skip the monthly 45-minute wait in the pharmacy line.

Just launched in NYC, Zipdrug is a on-demand prescription drug delivery service that will bring you your meds with the tap of a button.

The first time users boot up the app they are prompted to enter the pharmacy where their prescription has been sent by their doctor, as well as payment and insurance information.

The company then dispatches messengers to pick up your medicine, all of which have been through a background check, drug screening, and a HIPAA awareness course. 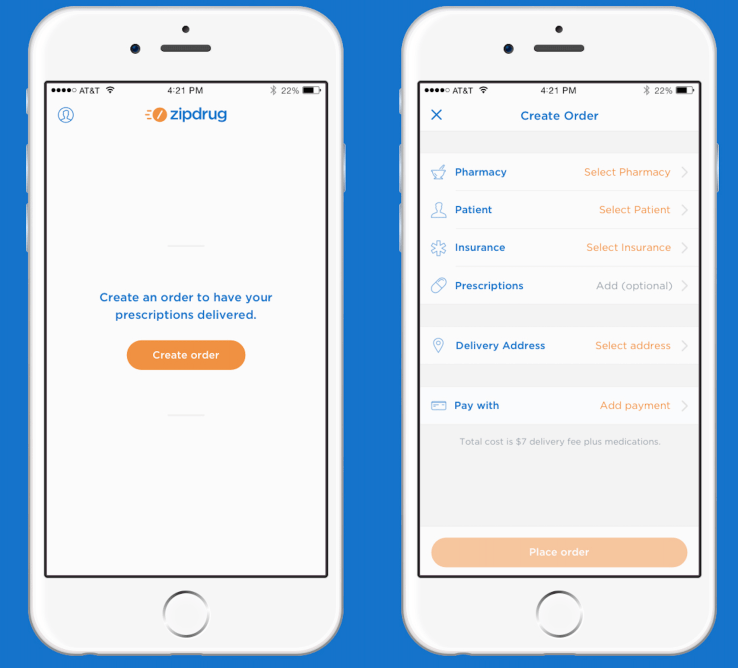 All pharmacy payments are handled by Zipdrugs, so your card is just charged the cost of the medications after insurance deductions, plus a $10 delivery fee.

Because of the Zipdrug’s pharmacy-agnostic approach, users can keep their existing pharmacy and still maintain a relationship with their current pharmacist.

Notably, the company won’t deliver a small group of controlled substances, including pain narcotics, seizure medication, and ADD stimulants. Everything else is fair game though, including monthly refills.

While here are some companies that operate on a similar premise like PillPack, this is the first to offer an on-demand model for prescriptions written same day.

Zipdrug is the first investment out of Notation Capital, a new Brooklyn based fund started by Nicholas Chirls. Other investors include Collaborative Fund and Red Sea Ventures.

The app can be downloaded from the iOS App Store now, and will soon be expanding to other cities beyond NYC.