Fifty-one percent of concert goers buy tickets to shows of artists they discovered through streaming, according to a new study by EventBrite. And while the average money spent per person on CDs and MP3s has fallen 48 percent from $35 in 2008 to $18 in 2014, spending on live music grew 65 percent from $29 to $48.

So here’s the situation: Musicians either get onboard with streaming or they get left out of earning money.

When I recently asked a major music artist their feelings about streaming, they told me “It’s like being ****ed in the *** while they smile at you. And they force you to smile too!”

They might not like the hard facts of how technology is changing the record business, but it’s never going back to the way it was. 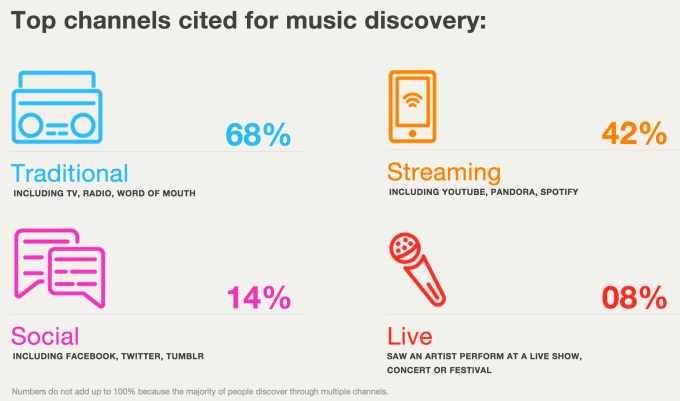 Royalties payouts to artists from streaming are small right now, largely because only a fraction of the world’s music listeners use them (also, labels take a lot). Eventually, if services like Spotify and Apple Music grow to a combined 350 million subscribers paying $10 a month, the revenue they earn for rights holders might replace the $30 billion in annual sales the music business enjoyed at its peak around 1999.

But until then, musicians need to realize that streaming still earns them money, just not directly. Streaming turns listeners into fans. It gives someone who’s heard their band name or one of their songs an opportunity to fall in love with their art. Access from anywhere at anytime lets people become immersed in the music.

That means when the band comes to town, they’re ready to pay $25 to $50 for a concert ticket.

The EventBrite study proves this relationship. Over half of concert goers are seeing shows thanks to discovering artists on streaming, based on independent research company MusicWatch’s nationwide survey of 1,000 people between the ages of 18-49 who attended at least one concert in the past year.

Fans can even buy the tickets through their streaming apps, as services like Spotify have partnered with concert listing databases like Songkick to display tour dates on artists’ profiles. Apple Music is helping artists promote their tour dates in its Connect tab. 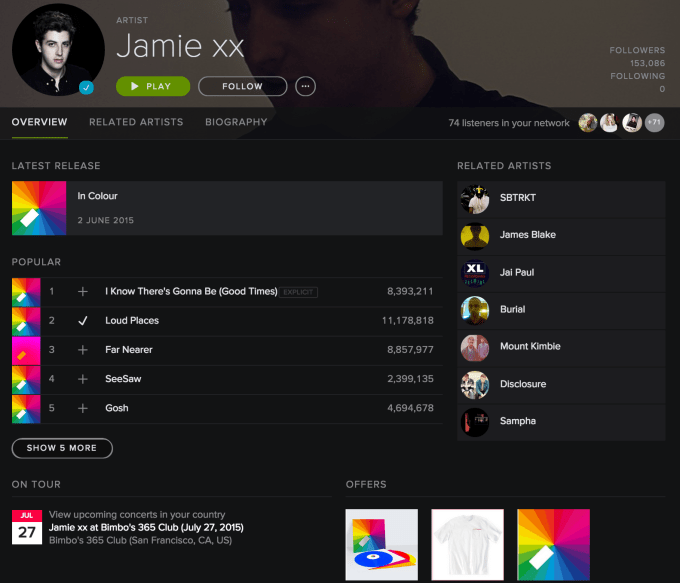 And that’s not where the money ends, either. Once they’re at the show, all those listens on the train, in the office, and while working out make them more likely to buy a $30 t-shirt. It makes brands more willing to pay artists for sponsorship deals or to feature their song in a commercial, movie or TV show. Some fans might even go the next step, paying artists directly through patronage platforms and experience vendors like Patreon, Drips or BandPage to get early or exclusive access to content.

Given all the ways that musicians can earn money, I wouldn’t be surprised if in a few years it seems like making people pay upfront for the music was actually holding artists back. Sure, bands might have scored by selling a whole record to somebody who only liked the single. But if someone can revel in all of an artist’s music, it’s reasonable to assume they may become a high lifetime value user, as we say in tech.

Being a musician means a lot more than being a “recording artist” nowadays. They can’t just sit back and sell CDs. They have to be a performer on stage, an actor in videos, a friend on social media, a designer of merch, and much more. That’s not a transition every artist wants to make.

But if musicians create art people love, let them experience it conveniently, and get famous, the money will follow. That’s the route to a lengthy and lucrative career in music. Not making us bet $15 on an album we’ve never heard.