Mesosphere, the company that aims to build an operating system for the data center, today announced the launch of its developer program and SDK. Using the SDK, developers will be able to write applications for what Mesosphere calls the “data center form factor” and rely on the service’s ability to automatically scale their distributed applications as necessary.

Using the SDK, developers will be able to write applications that automatically make use of the capabilities of Mesos. The SDK will provide primitives for managing container scheduling, scaling up and down according to demand, and making applications highly available. Apps written for DCOS will run wherever it’s deployed, whether that’s on AWS or an on-prem data center.

The Mesosphere team tells me the SDK will be available for Java, Scala, Python, Go and C++. 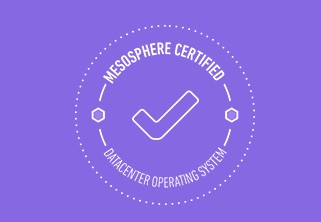 As part of this launch, Mesosphere is also launching a new developer program with a Google Group for the community and — because this is 2015, after all — a Slack channel for real-time chats with Mesosphere’s DCOS experts and other developers (not too long ago, this would’ve been an IRC channel).

While the overall developer program is open to all, the company is also launching a VIP partner program for ISVs and system integrators; security, storage, networking and infrastructure providers; as well as hardware and cloud providers. Partners in this program will get access to Mesosphere’s certification program with “a rigorous set of best-practice criteria, technical requirements and support guarantees that ensure enterprise can run a partner’s service in production and at scale.”