Israel-based BreezoMeter wants to give you a real time air pollutant map that tells anyone what the air is like on their street, and takes the quantified-self movement to another level.

BreezoMeter‘s mission is to improve the health of billions of people worldwide by providing accurate air quality data to consumers and businesses in a simple, intuitive and actionable format as weather-health data.

This financing may give BreezoMeter the ability to become active in serious health and medical markets. Ziv Lautman, BreezoMeter’s co-founder, also explains that there is potential to provide air quality data with to a person’s doctor, and help with better medical advice. 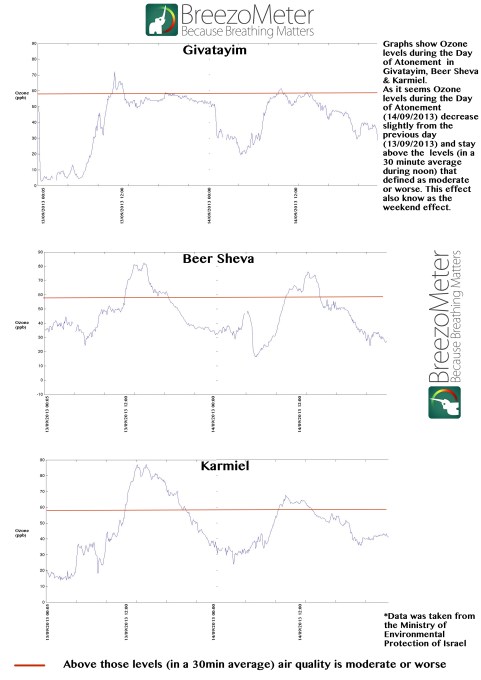 “While BreezoMeter is already working with municipalities and smart cities companies, there is an increasing demand for solutions to enable better analysis, and thus facilitate actionable steps to be taken to combat air pollution in cities,” Lautman said in a statement announcing his company’s funding.

The company already offers its air quality data through an API. Also in June, BreezoMeter launched its iOS App, a twin version of the Android app that was released a year ago.

Real estate companies are interested in the data. By tapping into the local level of air quality housing prices will be able to adapt to health impact. After carbon trading failed to launch on a large scale, Breezometer may provide another way of economically quantifying the impact of air pollution.

Breezometer’s quantified-self health and well-being solution could catalyze the type of working example needed to take action out of the hands of government, and empower citizens directly, according to Charles Wright, a climate researcher and ecologist.

An activist working in Australia, Wright says that if we wait on governments, we’ll wait forever. “We need groups to voluntarily opt for sustainable energy systems. For example, cities, companies and districts. Once it’s proven to work, it will be less intimidating for communities to decide to go green,” Wright said.